Roque Pérez: agrotourism, gastronomy and a lot of history 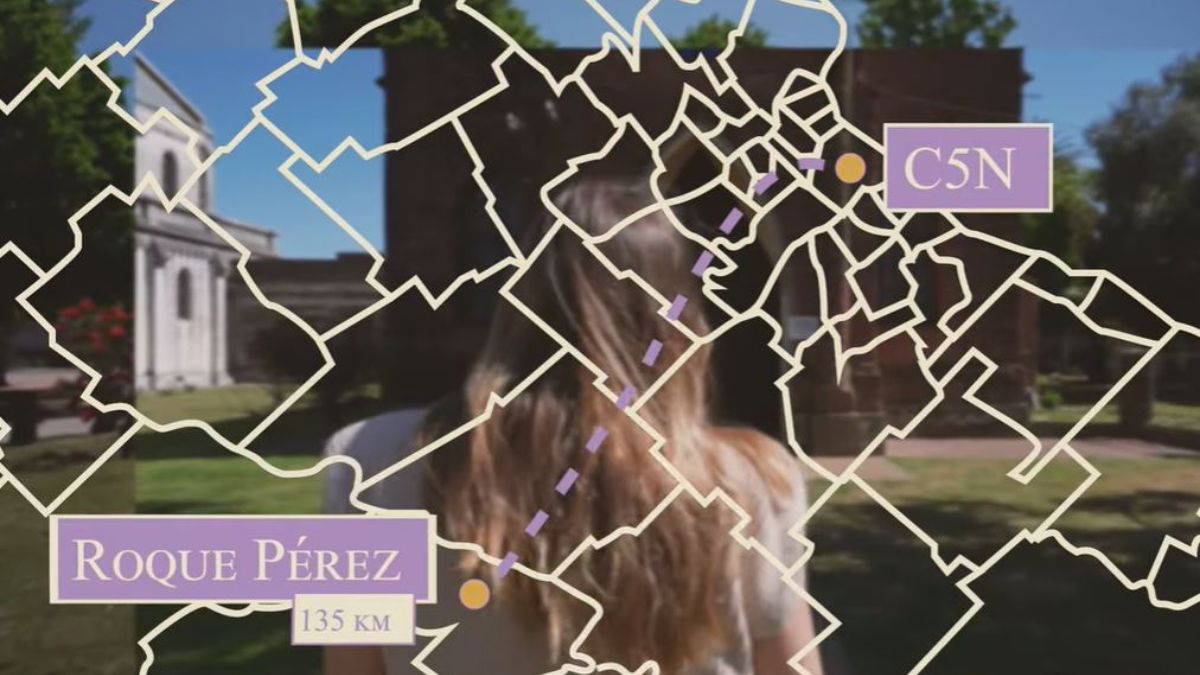 It was founded in 1884 with the arrival of the railway. From that moment the number of inhabitants grew, but fluctuated over the years until the closure of the service in 2018.

The main square is surrounded by the old chapel built in 1898, next to the more modern church that was created due to the increase in the population in the city in 1930.

ROQUE PÉREZ: AGROTOURISM, GASTRONOMY and a lot of HISTORY

The house of Juan Domingo Peron

Between Roque Pérez and Lobos there has always been a debate about whether Juan Domingo Perón was born in one city or another. “Perón was born here on October 7, 1893, but he wrote it down in Lobos, because we were not yet a party and we did not have a Civil Registry. He writes it down two years later in Lobos, ”explained Arita, a museum guide.

Perón spends his early years in the house. His parents Mario Tomás Perón and Juana Sosa Toledo had acquired the property on May 15, 1893. Currently it was declared a “National Historic Site” by law 25,004

“During the period it took to record it, he was known as Juancito Sosa, by his mother’s surname. It becomes a museum in the year 2000 when the last owner of the property dies and the municipality acquires it,” added Arita.

Country stores are the main restaurants that characterize the district. Among the ten that exist to date, “El Gramiyar” stands out, offering its guests everything from lamb and duck to discus to minced meat and homemade pasta.

A few kilometers from Roque Pérez, is the town of Carlos Beguerie. With only 450 inhabitants, it stands out for its rural tourism.

“Upon entering the town you can find a sculpture made by Fabián Cabrera, a sculptor from Ezeiza. Base of camp at the entrance of the town with public restrooms, showers, grills, stoves and a municipal pool”, describes Daniel, municipal delegate.

Within the town there are also several rural warehouses: there are four so far and a fifth in the process. While the municipal garden has been active for two years and 10 women work there.

“We have the night of the warehouses, carnivals and the town’s anniversary party on August 4. The town has 200 weekend houses and on those days we doubled the population,” explained Daniel.

Another must-see, the “Cine Club Colón”

An obligatory stop is the “Cine Club Colón”, a space that was born in 1933 and combines cinema, theater and restaurant.

“It was born in 1933, the work of an Italian immigrant who, unlike others, built a parish. He brought part of his European culture with cinema, theater and a canteen, “said Marcela, in charge of the place.

The cinema was open until 1980, then it was abandoned. “It is part of our history, our beginnings. It was closed for a long time, the municipality with the neighbors decided to restore it,” he explained.

The Colón Cinema Club can be visited from Thursday to Sunday and also on holidays. Screenings are held every Saturday and there are also short films made in Roque Pérez.