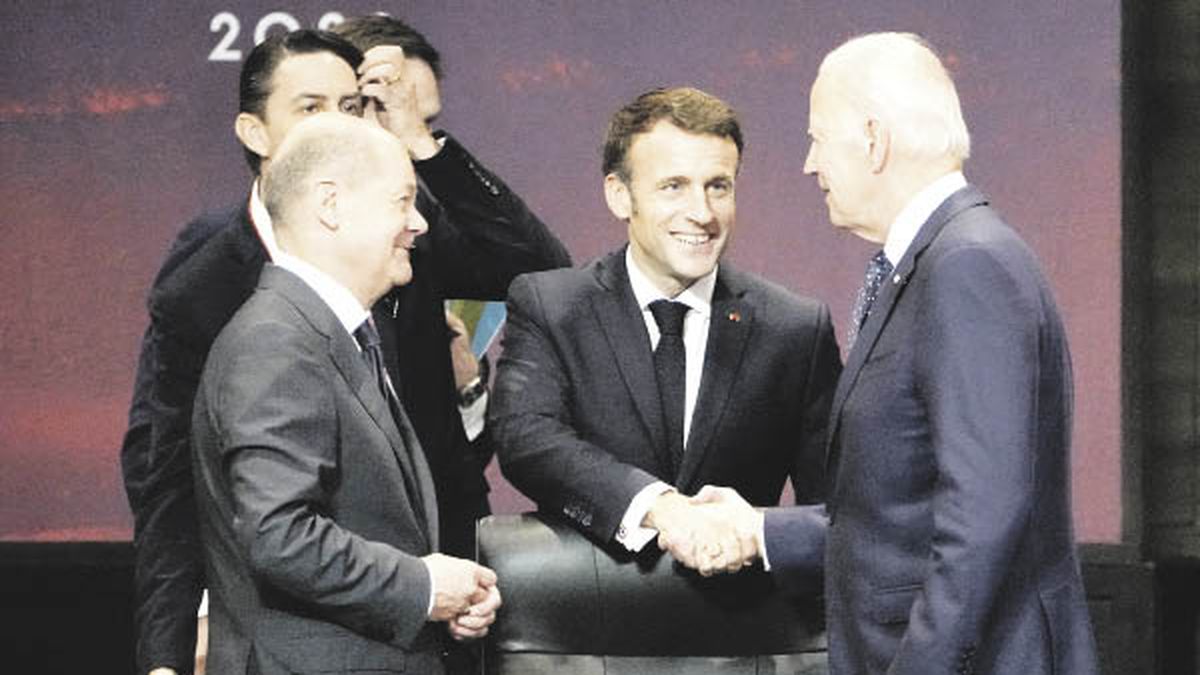 Even countries usually close to Moscow, such as China or India, joined the calls for peace, although without targeting Russia directly.

In his speech, Xi Jinping expressed his firm opposition to the “weaponization of food and energy problems”, although he also criticized Western sanctions against Moscow.

The day before, after a meeting with US President Joe Biden to set limits to the growing rivalry between the two powers, Xi agreed with his interlocutor in denouncing the threats to use nuclear weapons in the conflict.

Despite international divisions on the substantive issue, the delegations, including Russia, agreed on a draft final communiqué that underlined the “immense suffering” caused by the conflict and noted that “the majority of members strongly condemned the war in Ukraine ”. Obviously, this last point is not unanimous.

The letter declares that the use of nuclear weapons or the threat to resort to them is “inadmissible”, in a veiled message to Vladimir Putin, but acknowledges that there are “other points of view” in the bloc.

The Russian president missed the summit on the paradise island of Bali and sent his Foreign Minister, Sergei Lavrov.

Unlike a G20 meeting in July, where he left the room, the Russian foreign minister held on stoically, even when Ukrainian President Volodymyr Zelensky appeared via video link.

“I am convinced that now is the time when Russia’s destructive war must and can end,” said the latter, who proposed a decalogue of conditions for it. Among them are “the implementation of the UN Charter and the restoration of the territorial integrity of Ukraine”, as well as “the withdrawal of Russian troops and the cessation of hostilities”.

In later remarks, Lavrov said that those conditions for starting negotiations “are manifestly unrealistic” and accused the West of waging a “hybrid war” against his country.

The calls for peace began from the very inauguration of the summit by Indonesian President Joko Widodo, who has remained neutral during the conflict.

“We have to end the war. If the war does not end, it will be difficult for the world to move forward,” Widodo said, warning against falling “into another cold war.”

The conflict in Ukraine and its devastating consequences monopolized the first debate session of the summit, dedicated to food and energy security.

After almost nine months of war, Ukraine repelled the initial attempted assault on kyiv and in recent months recaptured significant tracts of land, including the recent recapture of Kherson, the only provincial capital taken and annexed by Russia.

With the guns rumbling in Eastern Europe, many countries around the world are experiencing inflation that plunges millions of households into poverty and threatens a global recession.

The delegations included in the draft of the final communiqué a call to renew the pact between Moscow and kyiv to allow the export of Ukrainian grain, which expires on November 19, a request joined by Zelensky.

The agreement closed in July with the intervention of the UN and Turkey allowed the start of exporting the 20 million tons of cereals blocked by the conflict in Ukraine, one of the world’s main grain producers.