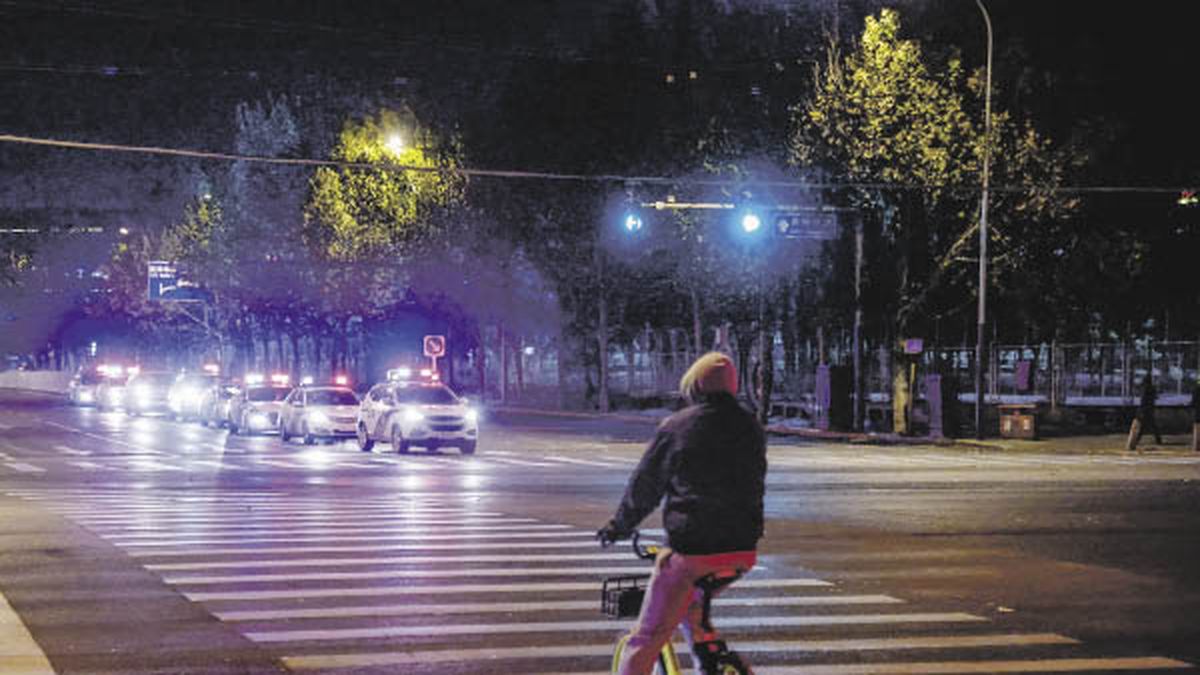 “We are all desperately deleting our chat history,” another person who witnessed the Beijing protest and who did not want to be named told Reuters. She added that the police asked her how she found out about the protest and what was her reason for going.

It was not clear how authorities identified the people they wanted to question about their involvement in the protests, nor how many they wanted to talk to.

The latent discontent with the strict covid prevention policies, after three years of pandemic, translated into protests in cities thousands of kilometers away over the weekend. They contained slogans against the communist regime and against censorship unprecedented since 1989.

The country’s highest security body yesterday called for “energetic measures” against the demonstrations.

In a statement, the Communist Party’s Central Political and Legal Affairs Commission (CCP), China’s top security body, said it is “necessary to crack down on the infiltration and sabotage activities of hostile forces in accordance with the law,” according to a report of a meeting published by the state-run Xinhua news agency.

Currently, only 65.8% of the population over the age of 80 are fully vaccinated, according to the National Health Commission.

The limited vaccination coverage of the elderly is one of the Government’s arguments to justify its strict health policy, which materializes in endless confinements, quarantines upon arrival from abroad and almost daily tests for sectors of the population. The improvement in vaccination rates could offer China precisely a way out of its “zero covid” policy.

In force for nearly three years, this policy was the target of popular ire in demonstrations this weekend, the largest since the 1989 pro-democracy movement.

By way of context, the frustration of many with the Chinese political system also influences. Some even called for the resignation of President Xi Jinping, recently elected for a third term.

The triggering element was a deadly fire last week in Urumqui, capital of the Xinjiang region (northwest). The work of the firefighters would have been hampered by health regulations, arguments that the Government dismissed.

“The ‘zero covid’ policy is too strict, and it kills more people than the coronavirus itself,” said a 17-year-old bystander, who asked the AFP agency to identify himself only as “Ray.”

At Hong Kong’s oldest university, a dozen people led a crowd chanting slogans such as “give me freedom or give me death.”

“We are not foreign agents, we are Chinese citizens. China should have diverse voices,” said one woman, while another held up a banner paying tribute to the victims of the Urumqui fire.

A Chinese student told AFP in Hong Kong that he was worried about being detained, but felt the need to “maintain the spirit of resistance.”