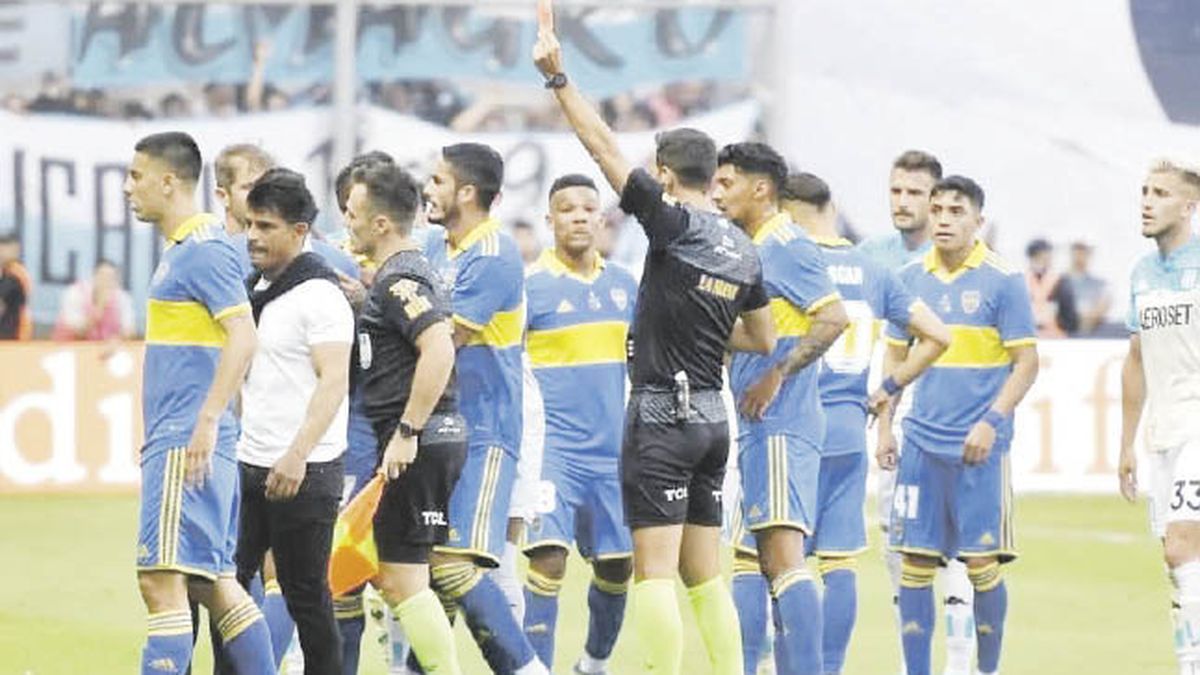 Now, with this new amnesty, which will apply to all Argentine soccer divisions, including futsal and beach soccer, the most benefited were Boca and Racing, who staged a show of expulsions in the definition of the Champions Trophy: 6 on the side from Boca and 3 from the Racing side.

Initially, AFA authorized both Boca and Racing to appear in Abu Dhabi with their complete teams so as not to distort the International Super Cup, both teams having to play with several substitutes and that those sanctioned were going to serve their sentences in the Tournament of the League 2023.

However, with this amnesty, Luis Advíncula, Alan Varela, Guillermo Pol Fernández, Sebastián Villa, Diego González and even coach Hugo Ibarra himself would be present at the debut against Atlético Tucumán at La Bombonera. The same will happen with Jonathan Galván (direct red card against Boca, from the substitute bench) and Johan Carbonero (direct red card against Boca) in Racing. Carlos Alcaraz also saw the red but was sold to Southampton.

The only ones that will not be contemplated by this decision are Darío Benedetto (four dates for his controversial gesture in the Champions Trophy against Racing) or Frank Fabra, who is already with the Colombian National Team (three dates, two by expulsion and one by accumulate 10 yellow cards).

The mitigation that both the League and the AFA have is that this has been done year after year, after the wave of covid-19 that began in 2020. Last season, the Court’s decision was to consider all the sanctions fulfilled. up to four (4) games suspension. And they also reduced the penalties for those footballers who exceeded that limit by 50%.

Last season, the Court’s decision was to terminate all sanctions of up to four (4) suspension games. And they also reduced the penalties for those footballers who exceeded that limit by 50%.

An example was that of Juan Manuel Insaurralde, at that time an Independiente footballer and sanctioned with four days of suspension for having grabbed referee Hernán Mastrángelo by the neck. As the sentences were reduced, he ended up serving two dates. Another case was that of the Lanús striker, Lautaro Acosta, who also threatened and tried to attack referee Darío Herrera last season and received eight (8) suspension dates.

The Executive Committee of the Professional Soccer League met yesterday at the AFA premises and gave the go-ahead for a general amnesty for sanctioned clubs and soccer players.

The executive board of the league entity approved repeating the methodology from last season and which began as a tool during the Coronavirus pandemic.

The league Executive Committee immediately sent the notification with the request to the AFA Disciplinary Court, who also gave the go-ahead.