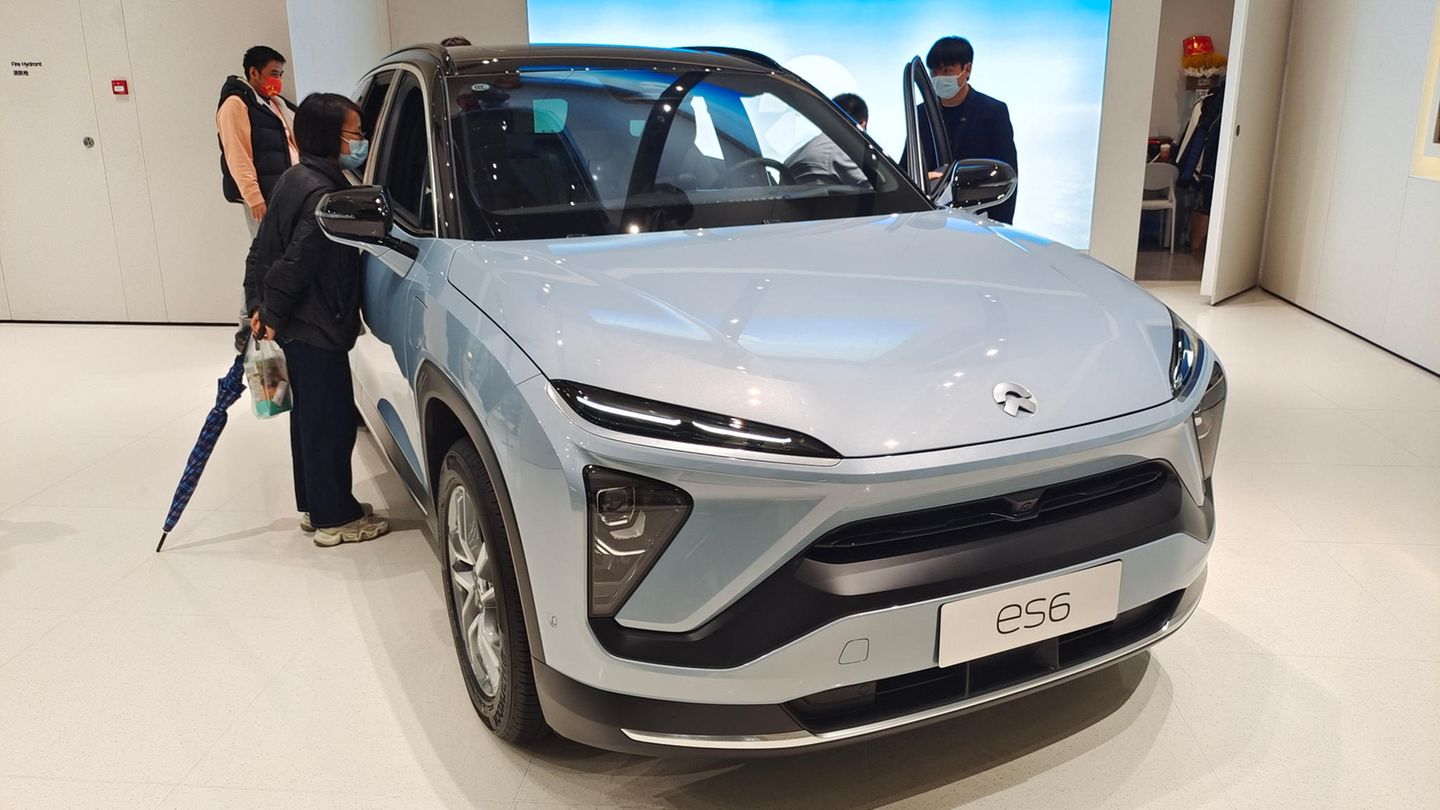 The electric cars from Nio are due to be launched on the European market, and thus also in Germany, before the end of this year. But Audi is now suing for infringement of trademark rights. And that’s not the only hurdle the Chinese electric car manufacturer has to overcome.

Nio wants to launch its vehicles in Germany for the first time at the end of the year. However, the designations of two Nio models cause trouble with Audi. The VW premium subsidiary has filed a lawsuit against the Chinese manufacturer in a Munich court. The reason: Audi sees its trademark rights violated in the models announced for Europe, as reported by the “Handelsblatt”.

The Nio SUVs ES6 and ES8 should come very close to the type designations of Audi electric models. “Like many successful companies, Audi is always careful to protect its trademark rights comprehensively,” the German automaker told the daily. The opponent chose model designations for the European market “which, in our opinion, infringe Audi brands”. The legal clarification of the matter is currently pending, which is why Audi did not want to disclose any further details.

Nio did not want to comment on “an ongoing process”. For the Chinese premium brand, however, the lawsuit comes at the worst possible time. The company, founded in 2014, has been selling electric cars in China for some time and has been delivering the Nio ES8 to its customers in Norway since last September, but now it plans to establish itself further in Europe.

After Norway, Nio’s first European market development, the company wants to expand its overall concept to the Netherlands, Sweden, Denmark and Germany this year. In this country, the Chinese electric car manufacturer wants to compete primarily with Mercedes, BMW and Audi. In addition, the ET7 is to appear at the start of sales in Germany in the fourth quarter. The sedan is comparable to a Mercedes E-Class or a BMW 5 Series. The Nio SUVs ES6 and ES8 affected by the lawsuit should not initially come to the German market. However, the vehicles are already being shown at car conventions, with Nio removing the type designations of the two models.

Not only because of the Audi lawsuit, the European business should not be easy for Nio. Because the functioning of the Nio vehicles differs from other electric cars in terms of battery charging: the manufacturer relies on exchangeable batteries, so that its cars primarily go to battery changing stations instead of conventional charging stations.

The former are still comparatively rare and – like the infrastructure of charging stations – still have to be expanded. In December 2021, Nio counted a total of 700 battery changing stations, and by the end of 2025 there should be 4000 active changing stations worldwide, around 1000 of them outside of China. In addition, the Shell charging network in Europe should also be available for Nio users.

Experts consider the Audi lawsuit to be useless

Ferdinand Dudenhöffer, automotive professor at the Center Automotive Research (CAR) in Duisburg, criticizes the lawsuit against Nio. He says: “The likelihood of confusion between an SUV and a sedan is pretty low.” Audi’s approach is “counterproductive”. Finally, the procedure could also be received negatively in China, where Audi is one of the most important suppliers of premium vehicles.

However, Stefan Bratzel, a professor at the Center of Automotive Management (CAM) in Bergisch Gladbach, does not believe that a single lawsuit could deter the Chinese automaker from its plan. “They are getting stronger and stronger in electromobility,” stated Bratzel. In China, manufacturers such as BYD, Geely and Nio have emerged that are absolutely competitive with the established providers.