The converted Mercedes-Benz G-Class for special forces: The Caracal 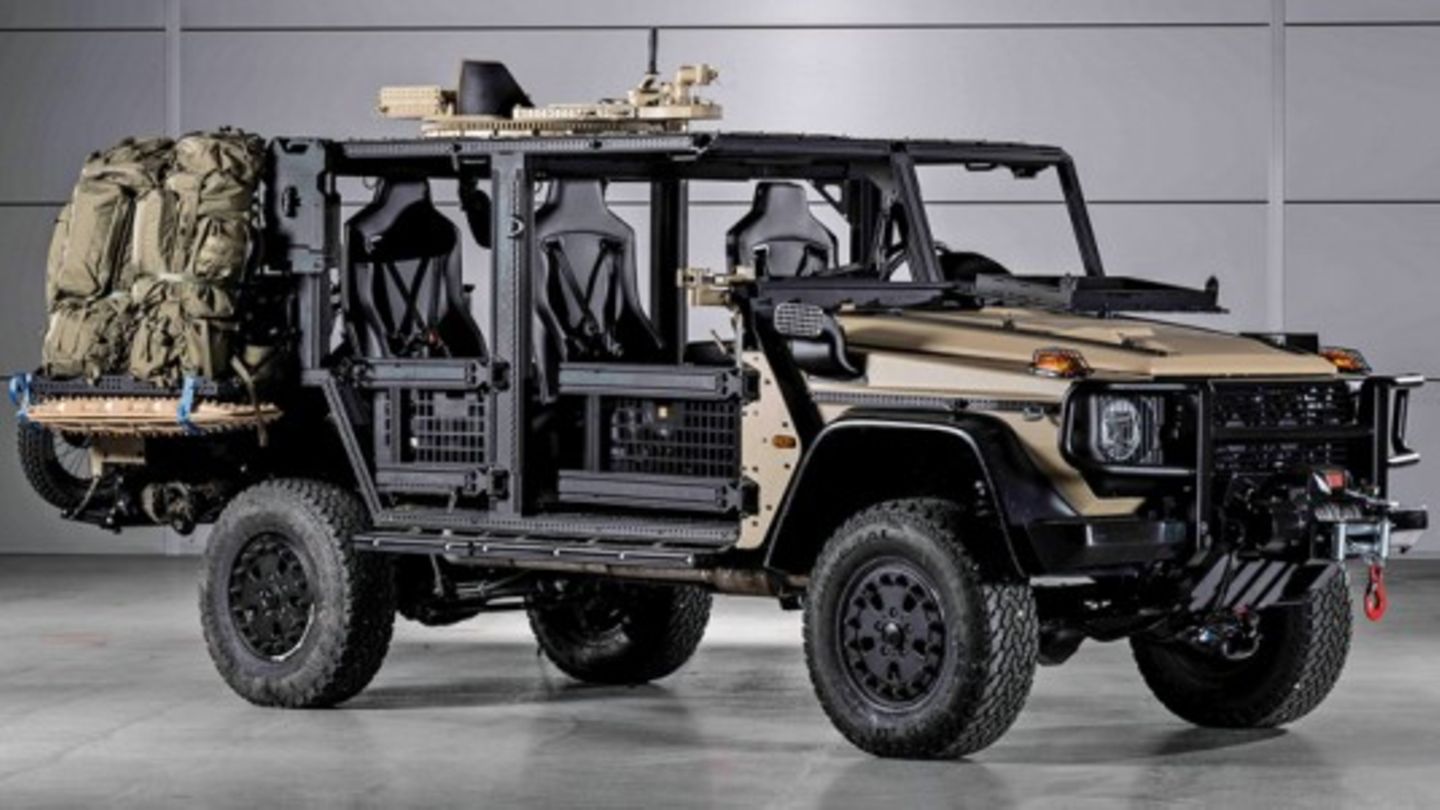 With the Caracal, Rheinmetall has presented a new airborne vehicle that is intended to assist the German armed forces and other military personnel in the future. The all-terrain vehicle is based on the Mercedes-Benz G-Class and should be usable for various purposes.

The Mercedes-Benz G-Class is a road-legal vehicle with “outstanding off-road mobility,” as the automaker writes. The armaments group Rheinmetall has therefore converted the all-terrain vehicle into a multifunctional airborne vehicle. The Caracal was first seen at the Eurosatory 2022 armaments fair in Paris in the past few days.

The off-road vehicle is based on the new, militarized chassis for rescue and special operations and comes from a cooperation between Rheinmetall, Mercedes-Benz and ACS Armored Car Systems. It is characterized by “highest mobility, a light construction and optionally mountable protection elements against ballistic and mine threats,” said the armaments company. In addition, standard infantry weapons and ATGM weapons can be used on ring mounts.

With all-wheel drive and a six-cylinder diesel engine, the 4.9-ton military vehicle has 249 hp and a top speed of 140 km/h. It is said to have a “unique modular design” with a choice of two different wheelbases. This should allow the Caracal to take on different roles in airborne operations, including as a troop transport, medical or logistics vehicle.

The vehicle is “tailored to the requirements of platforms for airborne or special operations units,” it says. Up to two Caracals can be transported in the CH-53K King Stallion or CH-47F Chinook transport helicopters. The Bundeswehr is to receive 60 new units of the latter type, as was announced at the beginning of the month.

Mercedes-Benz has been building the G-Class for over 40 years. As a converted vehicle, it has been part of the military fleet for years; the Bundeswehr has been using the all-terrain vehicle for around 30 years. In Switzerland, for example, he has been part of the military for a long time. According to plans, the new Caracal will be available for mass production from 2023. Then the airborne vehicle will be used in Germany, the Netherlands and in various armies around the world.