Reportage : The silent stars of the Mille Miglia 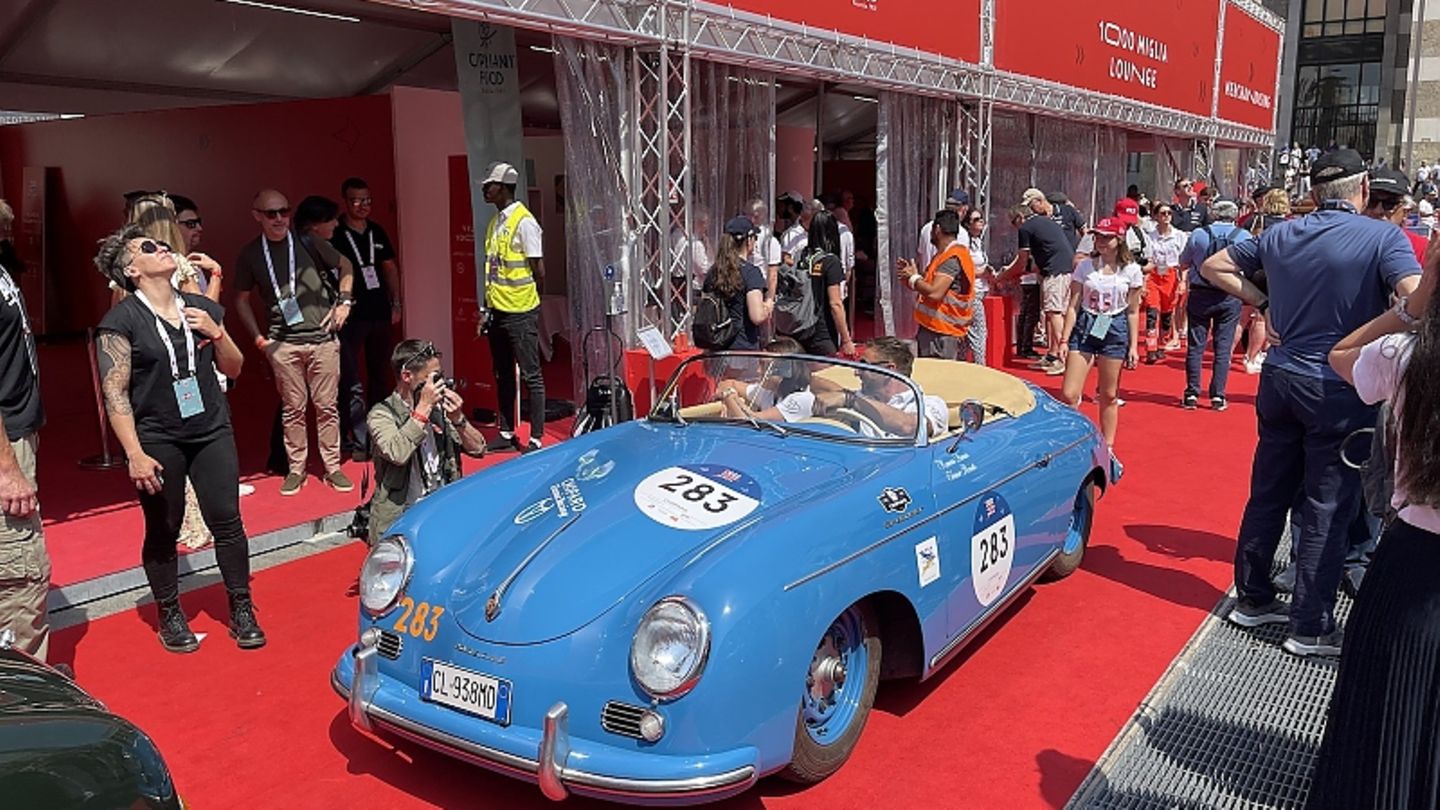 The Mille Miglia is a legend. The former car race has been a classic event for a long time and is still more popular than any other event. An army of several hundred classic cars gallops from Brescia to Rome and back every year – more than 1,600 kilometers. However, the real stars do not sit at the steering wheel of the automotive gems, but ensure that the outrageously expensive racing cars built between 1927 and 1957 also reach the finish line.

The Mille Miglia was considered one of the toughest car races in the world at the time. In addition to the Targa Florio and the Carrera Panamericana, it was a road race that was as spectacular as it was dangerous until 1957, in which the best racing drivers in the world fought for victory and place in the fastest vehicles. The Mille Miglia has been continued as a classic event since 1977. In the meantime, it’s four days from Brescia via Cervia, Rome and Parma back to Brescia. Landscapes worth seeing, historical places, endless country roads, lined with fields, pine trees and street cafés – that is the Mille Miglia. Under the eyes of the regulatory authorities, dangers sometimes occur faster than permitted; but not nearly as sharp as years ago, when an army of 375 racing cars – often worth millions – thundered through the Italian public road in a hot ride. This is another reason why the Mille Miglia became a legend and is just as well known to non-car fans in Tokyo as in Austin / Texas, Brasilia or Delhi.

There are now a number of neat duplicates around the world, but the real Mille Miglia takes place on interesting parts of the original race route through half of Italy – still on public roads, but by no means lawless. But in roundabouts people tend to turn left, traffic lights and speed limits are no more than rough indications and the local police on motorcycles are still happy to open a third lane for oncoming traffic, giving Mille Miglia participants the opportunity to get into the dive into unique history. While in Germany environmental groups would probably stick to the roadways and wildly denounce the all too useless historical motorsport, things are very different in Italy. The audience enthusiastically celebrates the passage of the now more than 440 historic vehicles through small towns or large cities – it is often the local event of the whole year.

This also applies to many participants in the classic car rally, which over the decades has become an event that can easily compete with the Tour de France or other major sporting events. The Mille Miglia is still a tough race for man and machine, because only vehicles that fought in the field at the former Mille Miglia and are therefore from the years of construction 1927 to 1957 are permitted. It is driven fast and at this year’s edition the temperatures were almost consistently well over 30 degrees Celsius. With daily stages of sometimes twelve hours or more, man and machine work up a sweat, because at least the wheels are 70 to 90 years old.

The silent stars of the Mille Miglia are therefore not the drivers with an affinity for classics who drive historic racing cars such as the Alfa Romeo 6C 1750, Aston Martin DB2, Porsche 356, Mercedes 300 SL, BMW 328, a spectacular Bugatti T37 or ON 665. It is the mechanics that make a Mille Miglia possible in the first place. It’s not just about preparing the vehicles meticulously for weeks of work, but also making sure that the classics can safely experience the finish line in Brescia on Saturday afternoon after hard stage rides. Record winner Stirling Moss once managed the more than 1,600 kilometers in just over ten hours in his legendary Mercedes 300 SLR – today the hobby pilots are on the road for four days and are still just as exhausted as they are happy when they cross the finish line in Brescia.

Mercedes traveled to the big event with several workshop teams, because a whole range of vehicles in the Mille Miglia field have the star on their hoods and there is more than enough to do for everyone at such a classic car race. The Mille Miglia does not start on a Wednesday afternoon in May or June every year, but a few weeks or even months beforehand, because there is a lot to do long before the start. “The temperatures are going to be particularly high this time,” explains mechanic Andreas Häberle, “so we clamped small rubber hoses onto the closing mechanism of the bonnet of the gullwing. This allows the engine heat to dissipate better, because the ignition can cause problems at 110 degrees Celsius – especially when the vehicles are parked in the villages.” The gray-haired mechanic is an old Mille fox and has already attended 16 events across Pasta country and pizza participated. “Of course you are tense at an event like the Mille Miglia. A lot can happen and you never know what can happen,” says Andreas Häberle, “there isn’t much sleep anyway. After the Mille, I’m exhausted for a week.” Häberle knows the Mille Miglia like very few, but while the general public drives historic racers like the Bugatti T40, Jaguar XK 120, Bentley 3.5 liter or the Mercedes 300 SL, the mechanic is there traveling in a well-air-conditioned Mercedes V-Class and always has to move it quickly in order not to lose touch, especially on the fast overland routes.

Mille Miglia – people know each other, appreciate and support each other. Envy has no place on the Mille Miglia and so almost everyone helps with spare parts, tools or even energetic hands. The hot temperatures affected the race-tested Mercedes 300 SL Gullwings much less than expected and so there was little more than standard work for the workshop teams on day and night shifts – until a gearbox change in Rome robbed the night shift of sleep. Shortly before five in the morning the 300 rolls again. Even before the final stage from Parma to Brescia there were confident faces. But the calculations were made without Marcus Breitschwert, head of Mercedes classics, because his Mercedes 300 SL suffered damage to the gear lever in Pavia. “100 kilometers from the finish,” grumbles Andreas Häberle, “the car could have managed that too.” In the middle of the city on the side of the road, the 300 is jacked up in hot temperatures, the transmission tunnel is removed and the four-speed gearbox is repaired. It’s all over after 40 minutes – that’s racing level in a long-distance race. “One definitely has ambition to make it,” says Michael Plag, who has been in charge of the Mercedes workshop team for years and has also experienced many Milles, “one is proud to have made it. That is our ambition – even if none of us are young guys anymore. Then no one looks at working hours anymore. It’s all about honor.” That’s the Mille Miglia.