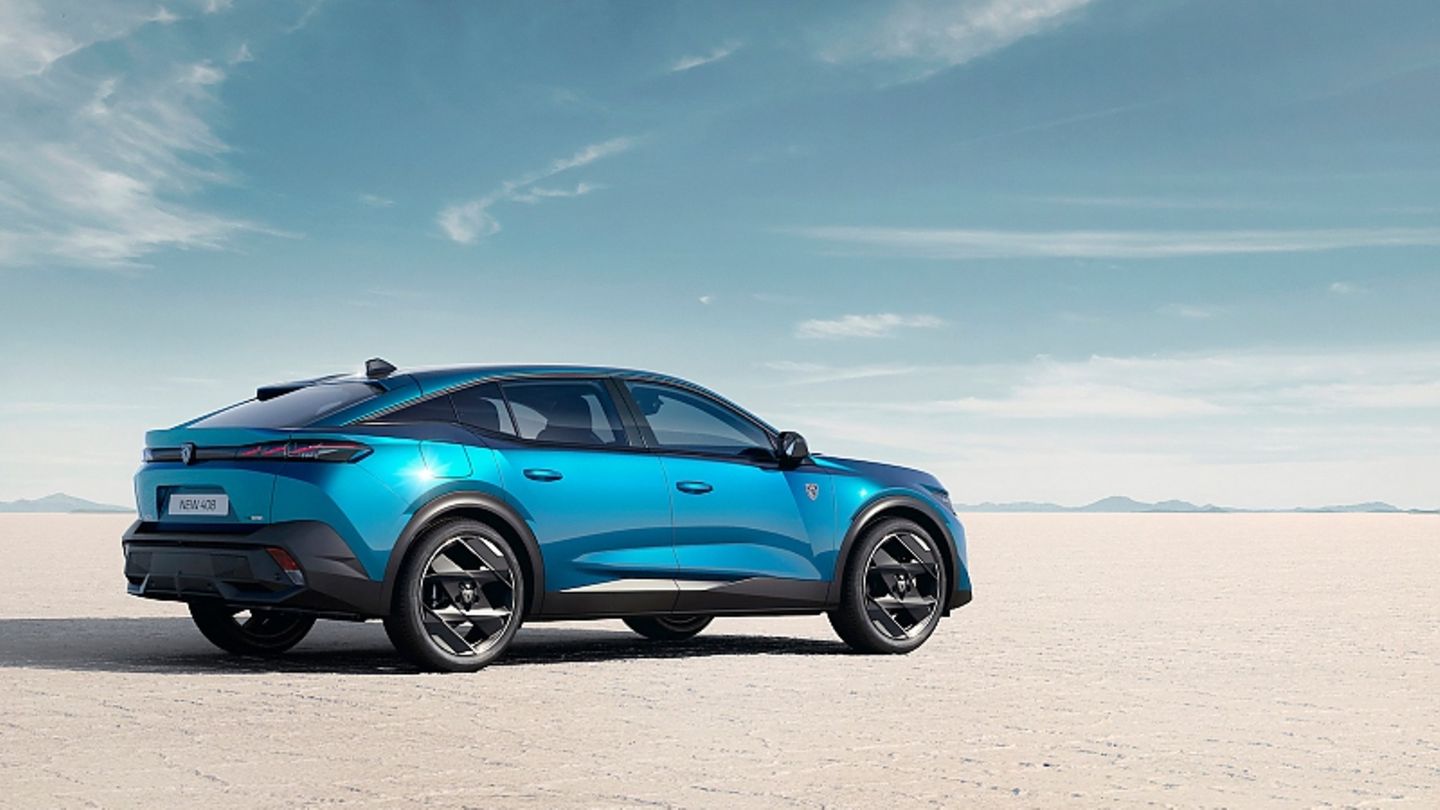 With the 408, Peugeot is launching a completely new vehicle that is a mid-range mix of coupe and crossover. The two hybrid versions in particular are intended to attract new customers to the French brand with the lion.

Until now, the Peugeot 408 was the sedan version of the compact class model 308, which was offered specifically on markets in South America, Russia or China. The new Peugeot 408 no longer has anything in common with the previous two model variants based on the 307 / 308. From now on, the 4.69 meter long Frenchman knocks on the door to the upper middle class as a symbiosis of coupe and SUV. Striking are not only the self-confident front with pithy radiator grille, LED eyes and the polarizing tusks, but also the gently tapering roof line and the muscular hind legs.

The powerful rear fenders in particular point to a powerful version with rear-wheel or all-wheel drive, but the Peugeot 408 has nothing to offer here in particular, because well-known units from the group shelf provide the drive. The weaker version is a 1.6-liter four-cylinder turbo petrol engine that delivers 132 kW / 180 hp thanks to an additional electric motor on the front axle. The more powerful version with a similar drive package also does without all-wheel drive and still has an output of 165 kW / 225 hp. The lithium-ion battery of the two plug-in hybrids has a capacity of 12.4 kWh and an output of 102 kilowatts, so that distances of more than 60 kilometers can be covered purely electrically. However, there is only a single-phase charger with 3.7 kW as standard; Upon request, Peugeot offers a 7.4 kW charger that can charge the Peugeot 408 again in just under two hours. Somewhat surprisingly for this class, there is also a 1.2 liter turbocharged four-cylinder that only delivers a manageable 96 kW / 130 hp. Like the two hybrid engines, the Peugeot 408 with a combustion engine is obligatorily equipped with an eight-speed automatic transmission. The market launch for the new SUV coupé is early next year, with a fully electric version to be added next year. Production takes place at the Mulhouse plant for the European market and in Chengdu for China.

“At Peugeot, we believe that life gets better when you give it a little speed. With its unique look, innovative fastback silhouette and elegance, the new Peugeot 408 is an expression of Peugeit’s brand philosophy and inventiveness,” says brand CEO Linda Jackson, “the new Peugeot 408 is unexpected in every way and was designed for car lovers who are breaking away from the traditional and are looking for responsible driving fun.”

Thanks to the wheelbase of 2.79 meters, Peugeot promises a space in the rear that is particularly suitable for travel. If you fold down the rear seat, which can be folded down, the load space increases from 536 to up to 1,611 liters and, if necessary, objects up to a length of 1.89 meters can be loaded through. An electric tailgate and up to 20-inch alloy wheels come as standard. Inside, the occupants look at the well-known small Peugeot steering wheel with instruments above it and a central touch screen for operating the various vehicle functions. If desired, the seats can be air-conditioned and fitted with a massage function. The quality of stay inside should also be increased with double glass in the front side windows and thicker glass on the front and rear windows. In addition to six cameras and nine radar devices, a total of 30 driver assistance systems such as high beam, lane departure warning and blind spot assistant, night vision device and reversing warning system ensure safety on board the Peugeot 408.