Classic : A touch of abstinence 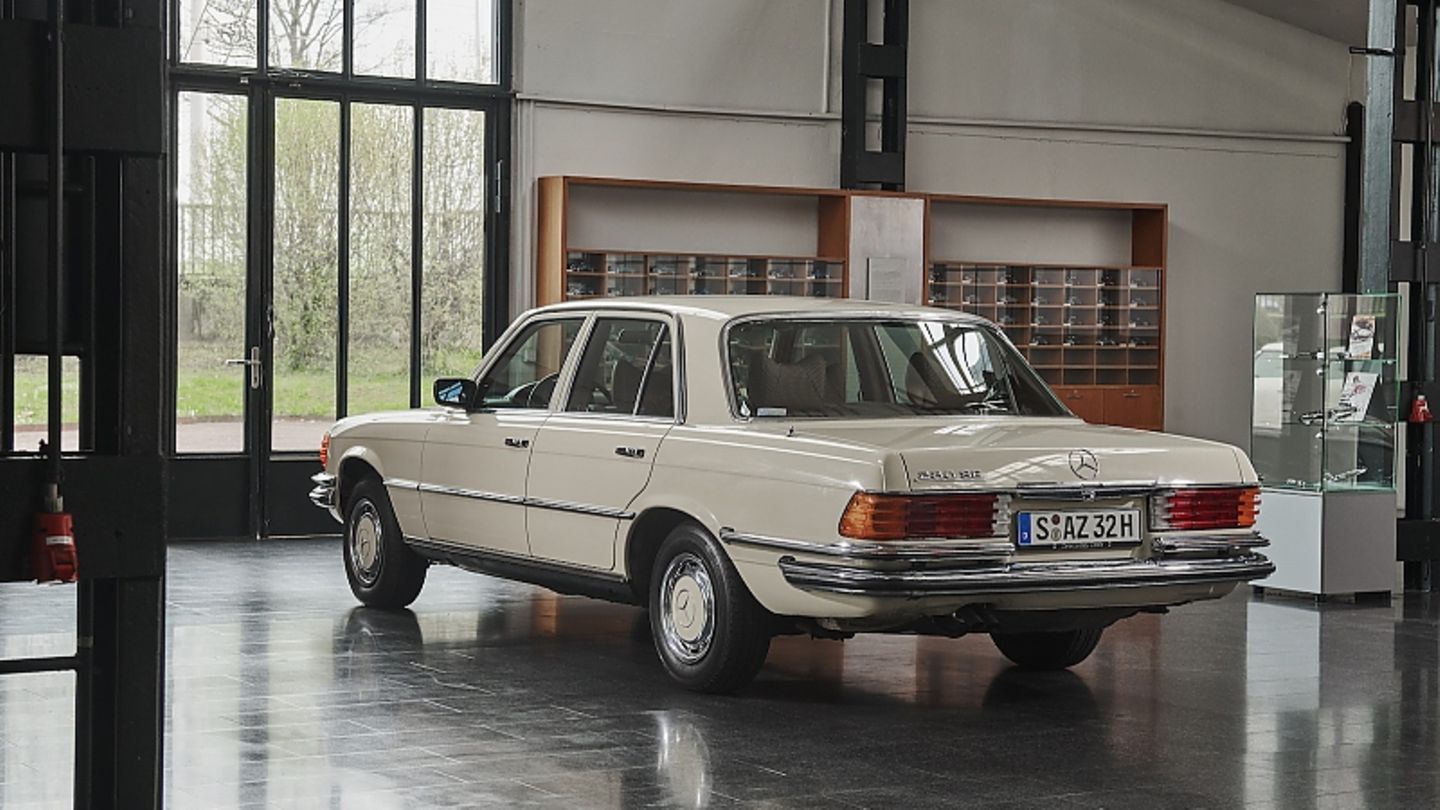 The Mercedes S-Class is the most famous luxury sedan in the world. This nimbus was established in particular by the first luxury Mercedes that bore the official designation S-Class. However, the S-Class of the W116 generation was not only available with powerful eight-cylinder engines or as the high-flyer 450 SEL 6.9, but also as a narrow 280. And even the 350 was available in the accountant package.

Sometimes it can be a little less. As difficult as it is to say this about the Mercedes S-Class, you can hardly deny a sparsely decorated 280 SE this appreciable charm. Admittedly – the 280 carburettor with its all too pale 156 hp for a luxury sedan is a bit of a bad thing and about the US version of the laced 300 diesel one should wrap a cloak of silence. But the 280 SE with its 136 kW / 185 hp injector did not have the image of the burly eight-cylinder 350, 450 or the 450 6.9, but the performance deficit was manageable and the six-cylinder with a displacement of 2.8 liters was one of the best six-cylinders of all models that were for sale in the 1970s.

Many Mercedes 280s, but even some 350s, met their willing customers from the upper class with surprising deprivations, because those who opted for one of the basic versions of an image-boosting S-Class were usually also very hesitant to access the expensive optional extras. Many models on the classic market, at least in Europe, have fabric seats, steel rims or even manual window cranks that have no place in a luxury sedan, even if the flocked velor fabric is very popular with some fans. The situation is different with the taxi-colored 280 SE, which shines in front of the door in the parking lot. The unusual taxi look is a real show on the W116 and the combination with steel rims, correspondingly colored hubcaps, green colored glass and the reddish shimmering Pepita seats makes it more unusual than ever. Its condition inside is terrific, the atmosphere typical of the early 1970s, when the 116 learned to drive and you were driving an S-Class in a league of its own. Every ride is a little journey – until today!

Many think that an S-Class only exudes the right elegance with a long wheelbase and the corresponding SEL signet on the rear. This Mercedes 280 SE shows that, for once, the short rear door is also possible. However, the powerful ear headrests at the front and rear, which this model fortunately has as well as air conditioning and electric windows, are indispensable. An S-Class with window cranks has no charm, but is a simple savings faux pas that you should not allow yourself. A small indicator light in the instruments shows that this taxi-colored 280 may have had a history in Japan, because in Europe this display, which monitors the exhaust system, did not exist.

It’s relaxed on Swabian highways and country roads, forest and field, through nameless villages past more than worth seeing landscapes in lush green and with magnificent colors. The unusually painted S-Class of early origin is particularly noticeable in small towns. Here and there a thumbs up and two motorcyclists in particular would be happy to swap their own heavily laden Thunderbirds of Asian origin for the unusual Japanese exile, who glides relaxed over the undulating roads and lets his two occupants sway vigorously at a gallop. At faster speeds, the wind noise increases. No wonder with the chrome regalia with which the S-Class braces itself against the headwind in warm temperatures above 100 km/h. With the 185 hp of the 2.8 injector you are on the right track. There is no question that the eight-cylinder in the Swabian luxury model is the much better choice. Especially because the automatic transmission plastered a noticeable part of the drive power and made it disappear into the nowhere of the mechanical drive. But the 280 SE is anything but a wandering dune and the steering from the 70s fits perfectly with the comfort requirements of a moving automobile era.

Incidentally, accountant equipment is not only available for the Mercedes 280 S and 280 SE models. A model like the classic, dark blue Mercedes 350 SE proves that the eight-cylinder models in the 1970s could also be equipped with a savings package ex works. This historical subject has just 70,000 kilometers on the clock and is also more magnificent than ever. Instead of the exclusive leather or at least the noble velor seats, the oldtimer-leaning occupants sleep on the contemporary Pepita chairs. In the color blue, at least in connection with the equally colored dashboard, it is as bold as it is contemporary. Here not only the Japanese control lamp for the exhaust gas temperature is missing, but also a tachometer. There are electric windows, radio with electric antenna, sunroof and the headlight wiper system.

If you are looking for a Mercedes S-Class from the W116 series, you not only get a unique time capsule on wheels, but also a comparatively inexpensive vehicle with lots of everyday qualities as a daily driver. While other Mercedes models and in particular the successor series W126 have increased in value in recent years, the W116 has remained comparatively cheap as a 280. The most coveted model is the 450 SEL, and those who want to spend a lot of money on exclusivity and spare parts should go straight for the super-Benz 450 SEL 6.9. Solid Mercedes 280 SE start at well under 10,000 euros; but here you have to look closely. The 116 is prone to rust; the technology is easy to master and anything but expensive. US models are particularly cheap; but often not well maintained. The best choice is a Japanese one, and there are always well-kept models on the used car market from southern Europe. With few kilometers and a comprehensible service history, a good Mercedes 280 SE / 350 SE quickly costs 25,000 to 30,000 euros – the long versions with good equipment are particularly popular.