After a long standstill: Greece puts a car “Made In Greece” on the road 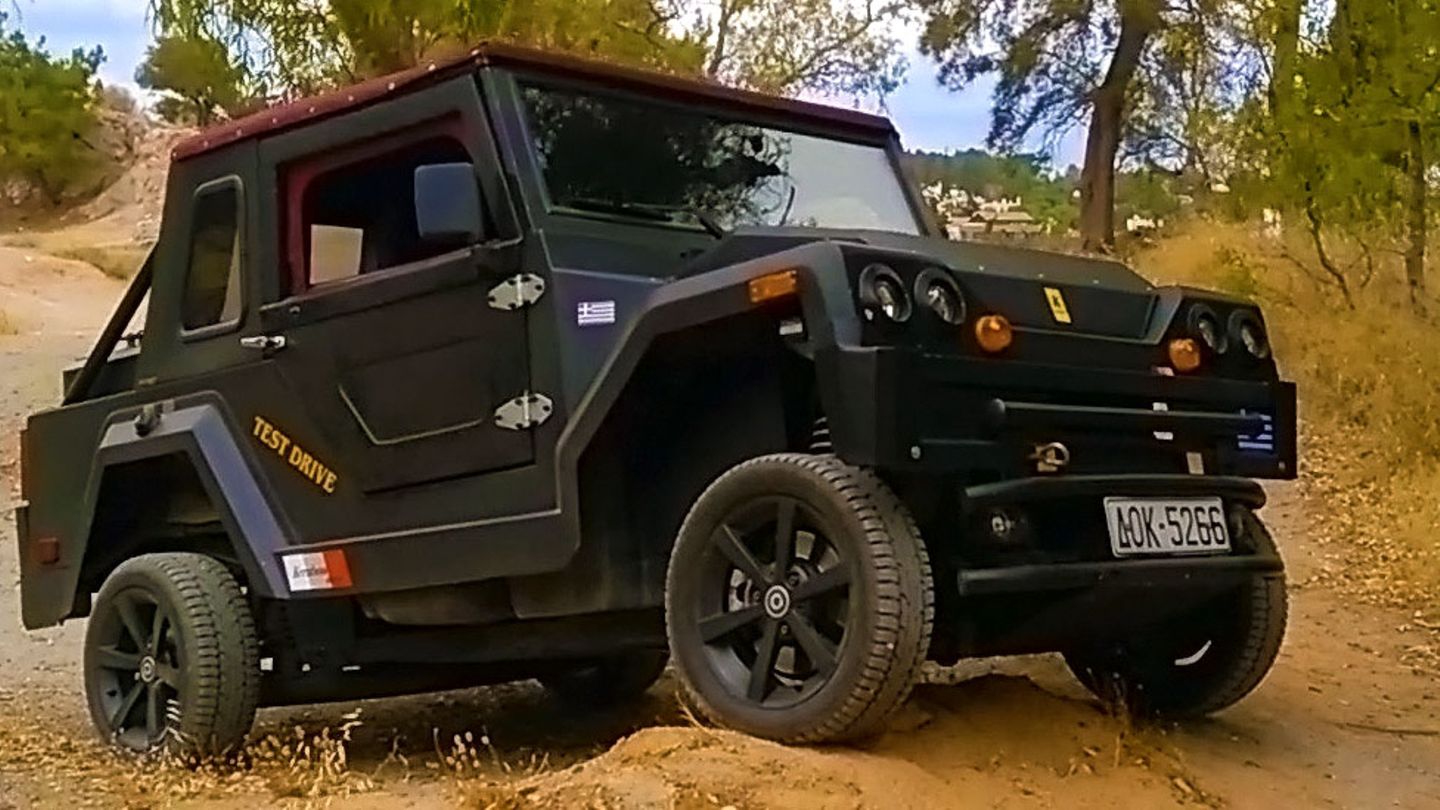 Greece has for the first time brought a car onto the market that is built in its own country. The SUV model with a Mitsubishi engine is said to be particularly robust and have a long service life. The country, hitherto comparatively poor in industry, is paving the way back into the automotive industry.

It is a step of great importance for Greece: On Wednesday, the State Secretary for Transport and Infrastructure, Michalis Papadopoulos, and the District Governor of Attica, Giorgos Patoulis, gave symbolic number plates to the first Greek-made car in Athens. “The way is clear for a certified Greek car,” said Secretary of State for Transport and Infrastructure Michalis Papadopoulos. The first two cars are now registered – 14 years after the presentation of the first prototype.

The “Made In Greece” car is built by the manufacturer Keraboss Cars Manufacturing in Athens and is called “Keraboss Super K”. This is an SUV model of vehicle class M1, an international designation for passenger cars. It is the only Greek-made car now on the market. The 3.375 meter long and 1.59 meter high “Keraboss Super K” weighs just 840 kilograms and is powered by a Mitsubishi petrol engine with a displacement of 1000 cc. It has 72 hp and reaches a top speed of 145 km/h.

Papadopoulos especially called on Greek expatriates involved in car production to return to Greece now that the Ministry of Transport and Infrastructure has put in place the legal framework for similar initiatives. “We support such initiatives and will support all efforts,” he announced.

According to the manufacturer, the “Keraboss Super K” is ideal for use on islands and for car rental services. The building materials, such as the polyester body and the galvanized chassis should remain almost untouched by the sea salt and last almost forever with a little care. It can now be ordered and is available as a two- and four-seater. Keraboss Cars Manufacturing specifies the production time as five to six months.

Looking at the auto industry in other countries, Greece is far behind; there was recently no own car production in the country. The first Greek car was built 114 years ago. In consultation with Ford inventor Henry Ford and in cooperation with Ford Italy, Nikos Theologos developed a small sports car with a metal frame and wooden structure. The built-in motorcycle engine came from Ford, the car reached a top speed of 10 km/h.

After World War II, Greece experienced its most important period in car production. While Germany, France, Great Britain and Italy had already taken on roles in the European car market, production also got rolling in Greece. A number of companies developed cars – including three-wheelers – as well as commercial vehicles. Namco was one of the major Greek car manufacturers. The company from Thessaloniki presented its first model with the “Farmobil”. The small commercial vehicle was built in the capital of the Macedonia region from 1962 to 1966 and used a 700 cc BMW engine. Namco started a cooperation with Citroën and the joint production of the “Pony”, a small pick-up. Production in China and Iran followed, as did exports to various countries, such as North Africa.

At the end of the 1970s, the Greek car manufacturer Mava developed the “Farma” based on the Renault 4, which was launched in Greece under the Renault brand. Five issues were published with a total of 3500 vehicles produced. In 1983 the “Farma S” was presented, which was also called the “Greek Jeep”. Two years later, however, production ended, with Mava continuing to sell cars. In 2004, sales averaged more than 14,000 cars per year, in 2007 it was just 4,600. After 33 years, Renault then ended the collaboration with Mava.

The Theocharis Group invested in Teocar in 1980, based in the port city of Volos. The company then produced over 170,000 cars for the Japanese brands Datsun and later Nissan over a period of 15 years. However, when disagreements arose between the Greek state and the Japanese investors, they turned to Great Britain. That was the end of Teocar’s success.

At the beginning of the 1980s, however, the “Pony” from the manufacturer Namco was equipped with Ford engines and the manufacturer from Thessaloniki exported its vehicles to the USA with its cooperation partner Ford. In 1985, the Greek military, among others, equipped themselves with the vehicles. In 2006, the “Pony” with a Toyota engine was built as a prototype, in 2009 with a Hyundai engine. In 2016, Namco presented the “Pony 713” with a Euro 6 engine. Although Namco still exists, production in Greece has come to a standstill due to financial bottlenecks.

The “Keraboss Super K” is now making a new start for the Greek automotive industry. The SUV is hand built, not intended for the mass market. 75 pieces should roll off the production line every year.

Share
Facebook
Twitter
Pinterest
WhatsApp
Linkedin
ReddIt
Tumblr
Telegram
VK
Digg
LINE
Viber
Previous articleBlue dollar: how is the dangerous vicious circle that drives the rise in the parallel, according to an economist from the City
Next articleAlert: the market sets a date for the global recession