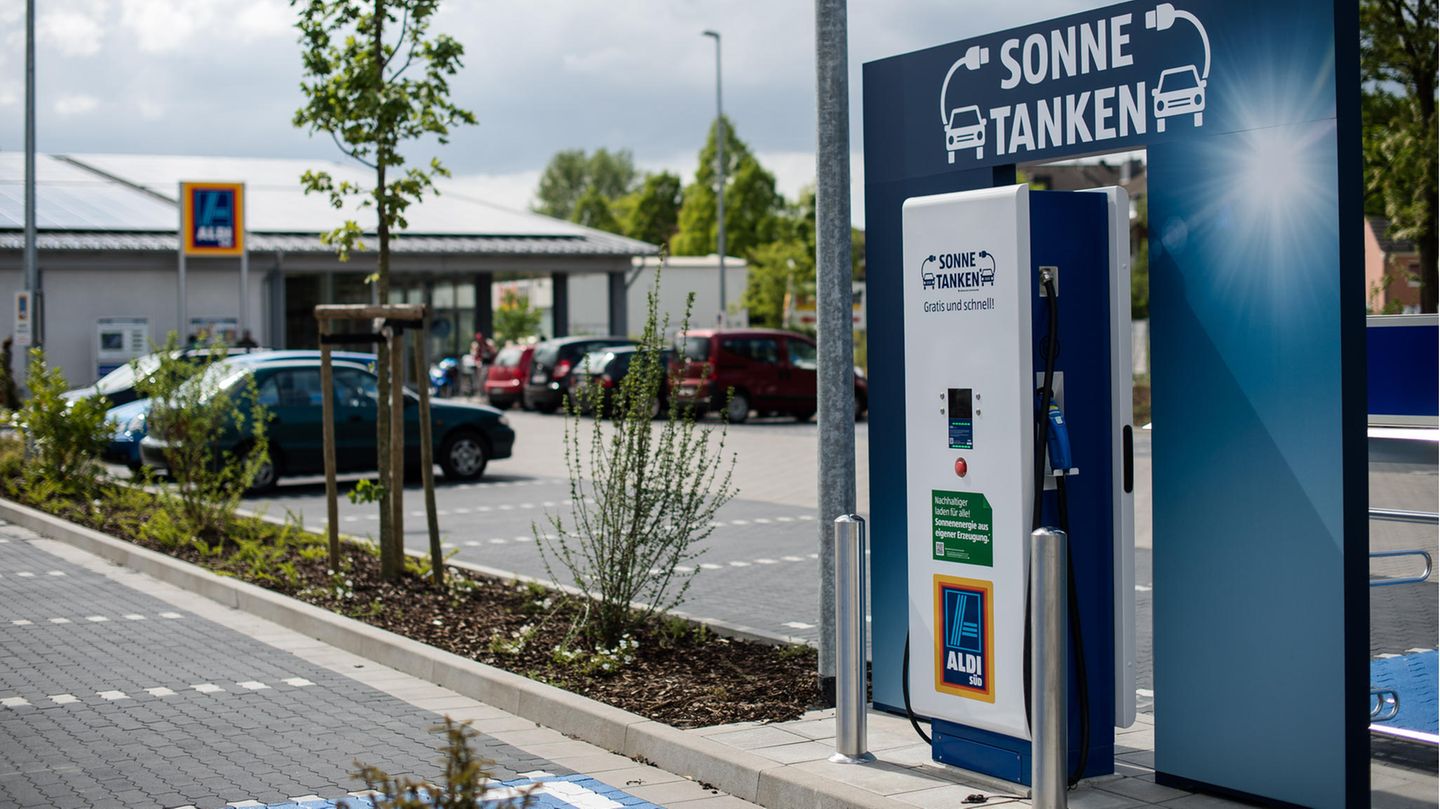 After seven years, Aldi no longer offers its charging stations for electric cars for free use. What does this mean for customers and what effects does chargeable charging have on other discounters and supermarkets?

Payment is made with a debit or credit card or with a charging card from another electricity provider, in which case the charging fees are more expensive. Nevertheless, charging at the Aldi discounters is still cheaper than at many other charging stations. According to the energy group EnBW, it has “the largest fast-charging network in Germany”. Here, a kilowatt hour costs 45 cents, for example, with a monthly basic charge of 5.99 euros it is 36 cents. Ten cents more will be charged for quick charging. Chargeable charging stations are also available for customers at almost 200 McDonald’s branches. According to company information, the furniture giant Ikea has around 220 charging stations at Ikea branches in Germany, which can be used free of charge during opening hours.

Aldi: The reason for the chargeable charging offer is unclear

It is unclear why Aldi Süd has made the use of its charging stations subject to a charge. However, it is obvious that this simply did not pay off. After all, the electricity costs for one charge can quickly amount to more than 30 euros.

Nevertheless, the new charging policy of the discount chain has met with a positive response from customers. Because now it is also possible to shop outside of opening hours. And it’s no longer limited to an hour. In addition, those drivers who only visited the Aldi branches because of the free charging option should now stay away.

So far, charging has only been possible during opening hours and is limited to one hour. When asked, the Schwarz Group did not deny the possible introduction of charging fees. However, a Lidl spokeswoman told the daily newspaper: “(…) We are examining intensively how we can further improve our offer, for example to avoid a permanent blockage of the charging stations.”

The Rewe Group is still planning a charging option. In two years, 200 charging points should be available in front of Rewe and Penny branches. “One thing is certain, electricity cannot be given away in the long run, that’s not a business model. The example of Aldi shows that right now,” says Jan-Oliver Heidrich, Managing Director of EHA, the central energy service provider of the Rewe Group. However, he could imagine combined offers with shopping discounts or other discounts with the core business.