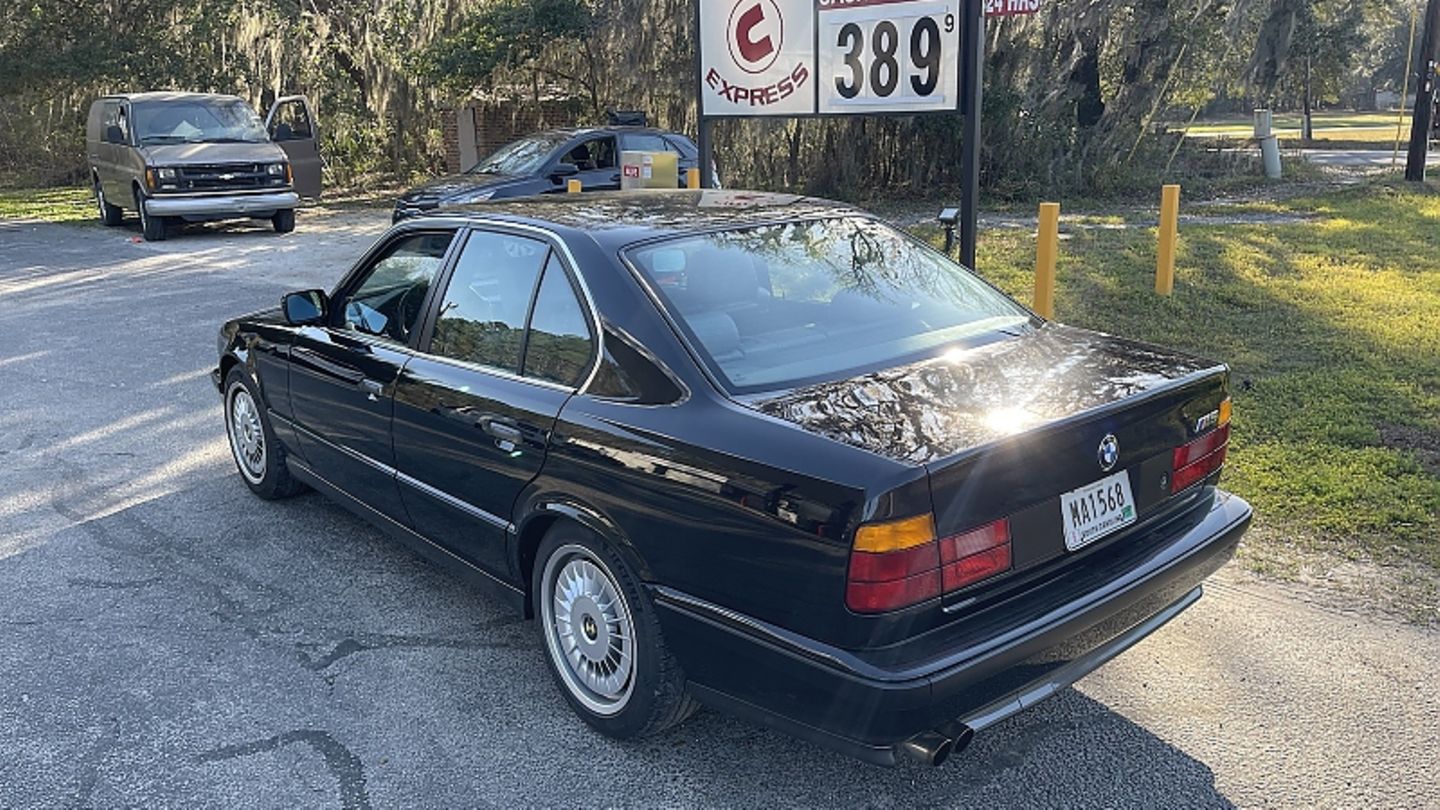 The BMW M5 has long been a driving legend in the league of sporty luxury limousines. For many fans, the second M5 is the best ever. The E34 series impressed with a grandiose drive and a design that still outshines many today.

In short: the BMW M5 of the E34 generation is still the best of its kind for many M disciples. Unlike the more powerful successors, which are still on the road with six cylinders, it did not want to mime the powerhouse on the racetrack, but stood for what many under the ideal image of a sporty, high-performance sedan: perfect for long-distance journeys. As the first M5, the E34, in contrast to its successor, was even available as an estate version for certain markets. The luxury class sedan of the E34 was not one that made you look thick. This is exactly how the sporty top model of the M5 presented itself. Apart from the turbine rims, which brought more cooling air to the wheel and a slightly lowered sports chassis, there were no significant differences to the weaker 5 series models that were not developed by M GmbH. In contrast to the normal top model of the 211 hp BMW 535i, the M5 from the end of 1988 with 232 kW / 315 hp and 360 Nm offered a significant increase in performance, which is quickly noticeable at the wheel. The in-line six-cylinder works just as softly and balanced as its brothers, but revs noticeably more willingly in the upper speed range and is acoustically very restrained. If you turn off the five individual gears, the Bavarian pushes the 100 mark in little more than six seconds. It was locked at 250 km/h, although the flagship model with the M in the signet could have been a lot faster.

The steering is great even by today’s standards and the reinforced brake system gives you the confidence to move the 1.7-ton M5 quickly, even at the limit. But the better is known to be the enemy of the good. The brakes could do with a bit more bite during a brisk gallop. The combination of a firm but not uncomfortable sports chassis with a slight lowering, good steering feel and a five-speed manual transmission that makes the four-door car squeal at speeds beyond 5,500 rpm, set standards at the time and still delights sports drivers today. A look at the odometer reveals why this dark BMW M5 stands so tightly on its characteristic 17-inch turbine wheels: it has only covered 700 kilometers in the past three decades – the condition is appropriate. The gray sports leather seats can not only be adjusted fully electrically, but are also a stunner when it comes to long-distance comfort. While the well-known war paint of M GmbH flashes on the short gear stick at the top left, the four-spoke airbag steering wheel could also come from a minibus from the 1990s. The rest of the dashboard is classy and classic BMW – uncluttered and slightly tilted towards the driver. Here even without a radio – the stereo system is the in-line six, which still pays homage to its ancestor, the BMW M1.

Despite the manageable length of 4.72 meters, the M5’s space is definitely top – the condition inside is downright beguiling. The top-class model casually makes its way along the US highway and needs only a tiny fraction of the 315 hp that increased after the facelift in 1992 and an increase in displacement to 3.8 liters and 340 hp. The sportiest E34 makes more fun a little later on country roads, where the curve radii are not too narrow when the vehicle is inclined. While the BMW 530i and 540i models also had an increase in cylinders to eight combustion chambers as a result of the 1992 facelift, the sportier BMW M5 of the E34 generation remained a six-cylinder. However, the larger 3.8-liter engine was withheld from the USA, as was the touring variant, which, however, enjoyed only limited popularity. In contrast to its predecessor, the E28, the second M5 generation is more casual, relaxed and confident – even if you miss the biting shark face of the predecessor.

On the used car market, the supply of well-kept BMW M5 generation E34 is extremely thin. One problem is the mileage, as many M5 versions have been converted to mileage eaters or actual track tools. An original model with less than 200,000 kilometers is therefore difficult to find in Germany. Nothing goes for less than 30,000 euros and well-kept models with a traceable maintenance history are quickly at 45,000 to 55,000 euros. Standard equipment is excellent on most models, so condition and service history make the difference. Prices will probably not go through the roof in the coming years; but no significant price jump is to be expected downwards either.