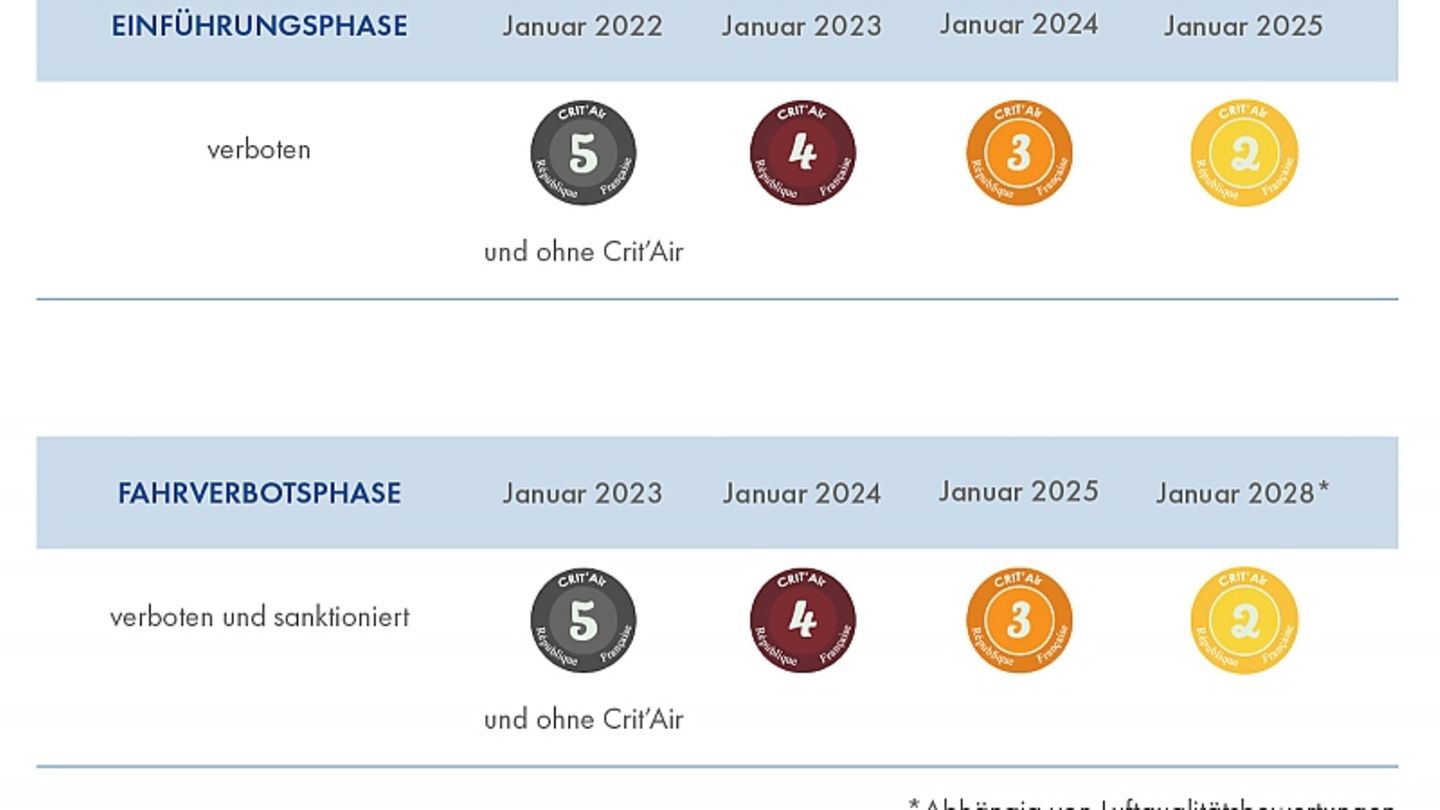 In Germany we have been used to the long-controversial environmental zones for years. In most large cities, you can only drive into the city area if you have a green sticker stuck to your windscreen. France is also introducing the environmental badge in more and more regions.

So far, the French environmental badge (Crit’Air vignette) was only required in many cities in the event of a particulate matter alarm being called. With the establishment of fixed environmental zones – Zone à Faibles Émissions mobilité – the situation has now changed and in more and more metropolitan areas, entry into the inner city area is only possible with a corresponding sticker. This also applies to drivers from abroad and thus also from Germany, Austria or Switzerland.

By the beginning of 2025, there should be permanent environmental zones in all metropolitan areas with more than 150,000 inhabitants. This affects a total of around 40 cities, including Metz, Bordeaux and Nantes. For vehicles with high pollutant emissions, successive driving bans will be introduced depending on the corresponding Crit’Air category. The sticker requirement and driving bans continue to apply even if the air pollution alarm is called locally. If the corresponding Crit’Air vignette is missing on the vehicle, the affected drivers face a fine of 68 euros.

Since January 2022, the Crit’Air has been mandatory all year round in the Eurometropolis of Strasbourg. Vehicles with the Crit’Air vignette 5 are no longer allowed to drive. However, violations of the sticker requirement are not yet sanctioned. Corresponding penalties will only be imposed from January 2023. If a particulate matter alarm is called out in Strasbourg, speed limits will apply for the first three days. From the fourth day only vehicles with the Crit’Air sticker 0, 1 and 2 are allowed to drive. However, some motorway sections are exempt from the applicable regulations. Anyone who would like to be informed by SMS or e-mail in the event of a particulate matter alarm can register via local portals.

The French environmental badge can be ordered online via the French Ministry of the Environment website. The vignette costs 4.51 euros including shipping to Germany. If the vignette has not arrived by the time you start your holiday, it is sufficient to show the order confirmation during an inspection or to display it in a clearly visible place on the windscreen of the vehicle. The Center for European Consumer Protection has been campaigning for mutual recognition of environmental stickers in the German-French border region for years. Since June 1st, the Crit’Air has been accepted in the cities of Karlsruhe, Freiburg and in the municipality of Pfinztal. In France, too, the recognition of the German green environmental sticker in the border area is being discussed.