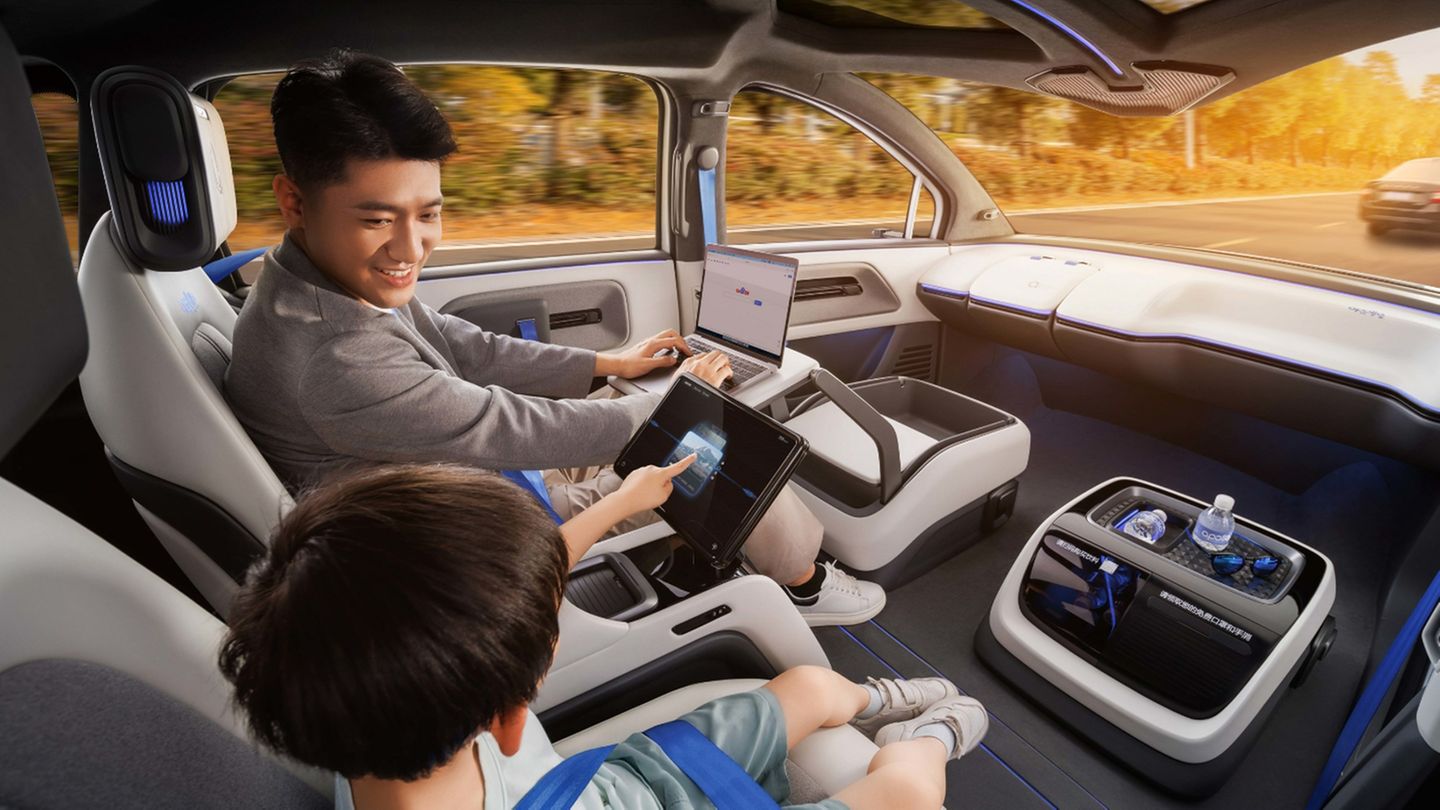 The Chinese technology giant Baidu has presented a fully automated robot taxi. The vehicle shown is at the level of a near-series prototype. Another special feature: Apollo RT6 will not go on sale. Baidu wants to use it to build its own fleet of taxis. The first vehicles are scheduled to hit the road in 2023, and the fleet is planned for 100,000 vehicles.

Fully automated operation in inner-city traffic is no longer anything special in China. Even if the Chinese regulations still provide for a human escort driver. The Baidu taxi stands out because of the price. Baidu states that it costs around 31,000 euros to produce. Baidu holds back with the technical performance data. It can also be assumed that the car is optimized for taxi service and things like high speeds and extreme ranges are unimportant for long-distance journeys. Nevertheless, this is a competitive price, since the entire sensor system and the AI ​​for autonomous driving have to be paid for.

Only to be used in the surveyed area

Apollo RT6 belongs to the sixth generation of autonomous vehicles. The price reduction is rapid. Apollo Moon, Baidu’s fifth-generation car, was launched in June 2021, the cost of this vehicle was more than double. In little more than a year the prices have been halved with better performance. In the race for fully autonomous vehicles, Baidu is not necessarily ahead in terms of technology, but it is in terms of value for money.

In appearance, RT6 is a mix between SUV and minivan. As befits a taxi, the car was trimmed for maximum interior space. The rear legroom is 105 centimeters, entry is through electric sliding doors. 38 sensors ensure the safety of the autonomous operation. The “overkill” of various systems to increase security is typical of China. The RT6 uses cameras and LiDAR range finders ultrasonic radars. This should enable the car to achieve an all-round detection of over 200 meters.

The degree of autonomy is level 4. This means that the vehicle can move completely on its own, but it requires a specially measured map of the area of ​​operation. Baidu’s ride-hailing service was launched in 2020 and is currently active in 10 cities in China, with plans to expand to 65 cities by 2025 and 100 cities by 2030. Baidu states that driving such a car will cost only half as much as a human driver – at least if there is no escort driver.