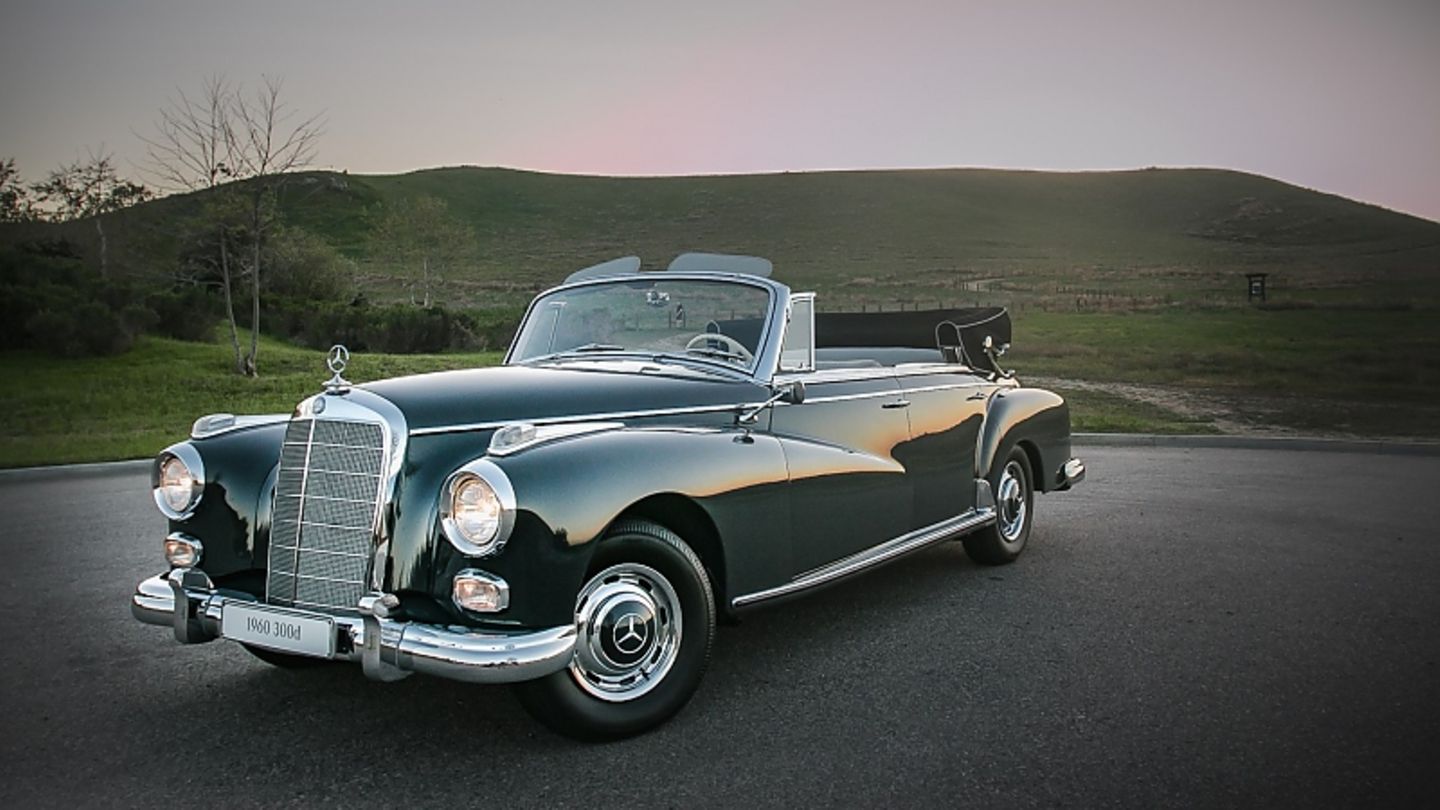 The Mercedes 300 is not the prettiest vehicle from Mercedes. Much more famous was the spectacular Mercedes 600 of the W 100 series. Next to the 600, the 300 appeared coarse and opulent. But also unique, because it retains the spirit of the Adenauer era – especially as a convertible. The aspiring and gradually more self-confident Federal Republic shows itself in the 300s. Not perfect yet, but there again. The Second World War was still fresh in our minds when the decision to go with the Mercedes 300 was made in the mid-1950s.

“Only 65 of the Adenauer Cabriolet were built. We don’t know exactly how many there are. But there are certainly not many,” says Mike Kunz, head of the Mercedes Classic Center in Irvine, California. He looks after what is probably the most valuable Mercedes 300 d Cabriolet. “The restoration took about four years,” says Mike Kunz soberly, “at the same time we repaired a 300 sedan and learned a lot about the series.”

The close technical relationship with the far more breathtaking gullwing Mercedes 300 SL nobody sees the two-ton luxury model. Back then, 160 hp and 242 Nm maximum torque were enough for stylish progress. Anyone who takes a seat in the mobile today travels back in time to the automotive past.

After all, a top speed of 165 km/h is possible. The sprint from zero to one hundred takes an epic 18 seconds. But performance data does not shape the character of the 300. Smooth gliding on country roads is the profession of the Benz – also in view of its overly soft steering. The best thing to do is drape the mighty fabric roof backwards and enjoy the sky.

Today, this Benz is occasionally allowed on the streets in California. Then the engine whispers in the background, barely audible, and the luxury model pushes its way up the shallow hairpin bends on the Californian coast, seemingly without any effort.

If you get involved with the rhythm of the car, you move with it like a waltz. However, the best place is not the chauffeur’s workplace, in the past the rulers traveled in the back. In the opulent rear, the 3.15 meter long wheelbase makes it even more relaxed than in the front. At the end of the 1950s, this convertible dream cost 37,000 German marks. Today, classical music expert Mike Kunz estimates the value at over one million euros.

This is the end of this dream for mere mortals.