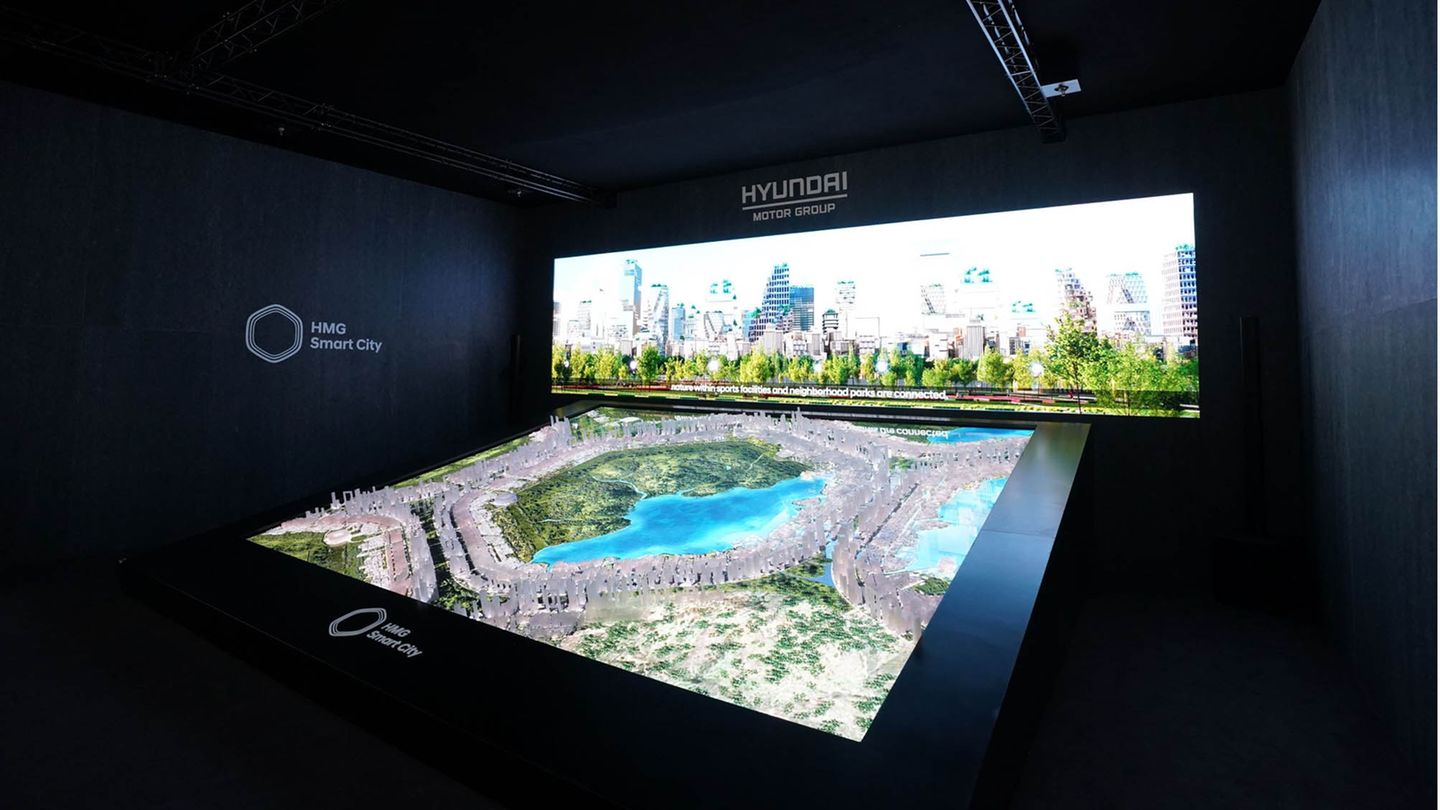 How does the city of the future looks like? Hyundai now wants an answer to this question. A concept shows how people will live, travel and go about their everyday lives in the future. The car company also has an answer to the question of energy supply.

Climate protection, energy supply and innovative mobility are crucial points that humanity should have guaranteed as soon as possible. Hyundai’s “Smart City” vision is intended to show how people will deal with environmental pollution, climate change and traffic in the future. The “HMG Smart City” concept is intended to serve as a guide for the development of sustainable solutions. The car company, consisting of Hyundai Motor, Kia and Genesis, presented the “HMG Smart City” at the World Cities Summit 2022 in Singapore.

The city of the future is therefore arranged in a honeycomb structure with an above-ground and an underground level. Above ground is the city center, which consists of green areas such as parks, forests and water areas. These are surrounded by sparsely populated, low-rise buildings. The residents of the more heavily populated, taller buildings behind should also have a view of the green city center. A division of the functions within the various sections should regulate city life as optimally as possible and enable good access to all areas. Some of the city’s landmarks are in the high-density zone, while security infrastructure is in the medium-density zone.

The entire road infrastructure has been relocated to the underground level. All goods and services are transported autonomously here. Further delivery or execution is carried out by robots in logistics centers. People are transported between cities by air – with the help of highly developed air mobility, Advanced Air Mobility (AAM). The take-off and landing points of the aircraft are designated so-called “Hub 2.0” high-rise buildings.

The “HMG Smart City” focuses on sustainability and CO2 neutrality. Large natural areas are deliberately preserved and there is a reservoir for water supply in the city center. The energy supply of buildings is also regulated: It is primarily carried out with hydrogen, which the Federal Office also describes as the “key in the future energy system”.

“(…) Our goal is that in the smart cities of the future, people will both live with nature and use modern technologies. Our mobility solutions in the air and on the ground will redefine the boundaries of urban life, people in meaningful ways connect and revitalize cities,” said Youngcho Chi, President and Chief Innovation Officer of Hyundai Motor Group in a statement. Chi also promised to continue working “with governments around the world” and “working flat out to further develop the capabilities of future mobility solutions”.

Hyundai is working on electric mobility and intelligent mobility solutions

In 2020, Hyundai Motor Group announced its vision for the city of the future. Since then, the group has been working on intelligent mobility solutions and driving electromobility forward. By the middle of the current decade, the South Koreans want to sell 560,000 electric cars a year worldwide, and by 2030 the number is expected to increase to 1.87 million units.

The Hyundai Motor Group is planning to launch a total of 17 electric car models, eleven of them for the Hyundai brand and six for the luxury brand Genesis. From 2025, the latter should then become a purely electric brand. The group’s all-electric product portfolio includes the Kia EV6, which was released this year, its sister model Hyundai Ioniq 5 – both on the market since 2021 – and the GV60, Genesis’ first electric car.

In addition, Hyundai Motor Group has announced plans to produce so-called purpose vehicles and robotaxis. Motional, the autonomous driving technology joint venture between Hyundai Motor Group and auto parts maker Aptiv, is developing robotic taxis that are expected to hit the market next year. Supernal, the group’s AAM subsidiary, recently unveiled a concept of a small electric aircraft that can be used as an air taxi. It is scheduled to celebrate its market launch in 2028.

It remains to be seen whether the city of the future will actually look like the picture of the “HMG Smart City” painted by Hyundai. The fact is, however, that extensive changes are necessary in order to be able to successfully contain climate change, for example, and at the same time to meet people’s growing needs. Electric vehicles and intelligent mobility systems should make a contribution to this in the future.