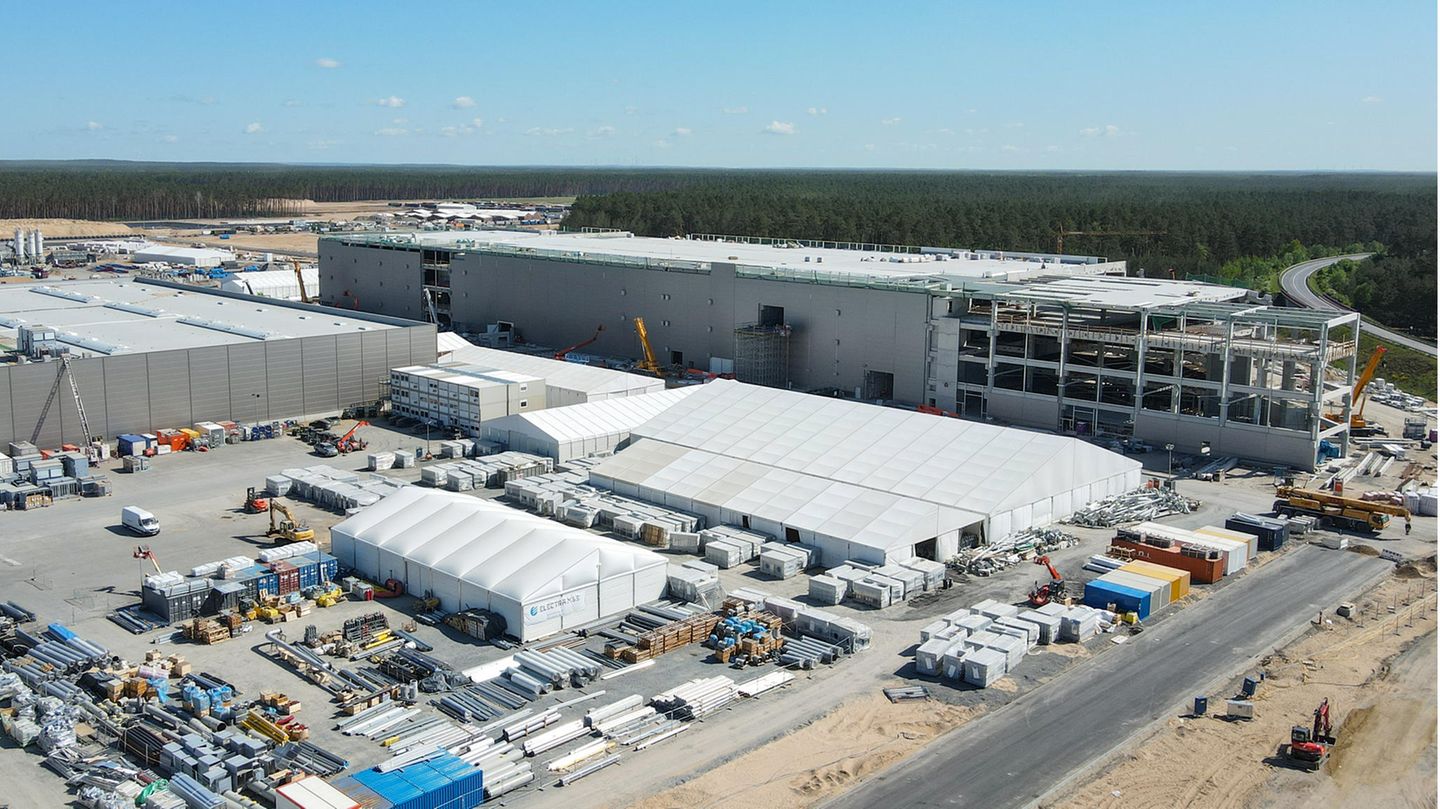 A battery factory was actually supposed to be built at the Tesla Gigafactory in Grünheide. The US automaker has now apparently changed its plans and is considering building the factory in the United States instead. In Brandenburg, however, the construction is still going on.

Tesla’s plans to build a battery factory in Grünheide near Berlin actually seemed to have been concrete. After all, the company wanted to add a factory to the gigafactory that opened there last March, in which new types of battery cells are manufactured. However, Tesla is now considering suspending its plans and building a corresponding factory in the USA instead.

The reason for this are tax breaks that the US automaker could get as a result of the increase in battery production in their own country. This is reported by the US daily newspaper “The Wall Street Journal”, citing people familiar with the matter.

The additional tax breaks come from the new Inflation Reduction Act (IRA) that US President Joe Biden signed into law last month. It provides for significant tax breaks that should result in a cost reduction for vehicle batteries in e-cars – by more than a third, according to analysts. The prerequisite for this is that the battery cells are manufactured and packaged in the USA.

For Tesla’s compact Model Y sports utility vehicle, the cost of a 75 kWh battery pack would be reduced by almost 40 percent, forecasts the analysis house Bernstein Research. “From a battery manufacturer’s perspective, it seems almost too good to be true,” UBS analyst Tim Bush said of the production credits. The law also expands a $7,500 tax credit for buyers.

Tesla did not respond to a request for comment. However, three days after the “IRA” came into force, the US automaker had informed the Texan authorities that it wanted to find sites for the construction of a lithium refinery. Lithium is an important raw material for battery production.

With the new law, the USA is aiming to expand domestic battery production in order to reduce the international imbalance in the industry – especially with China. In fact, Tesla is likely to be among the first companies to benefit from the law. Because the US carmaker and Panasonic share a battery factory in Nevada. In addition, Tesla was making newer, larger battery cells at a pilot plant in Fremont, and had the same plan for its factories near Austin, Texas.

Brandenburg: The structure and jobs of the Tesla battery factory will be retained

In Germany, on the other hand, one should by no means be happy about Tesla’s possible change of plan. At least 2,000 new jobs were expected in Grünheide in battery production alone. In November it became known that Tesla would forgo government funding of around 1.1 billion. However, the US carmaker wanted to stick to the construction plans for the battery factory.

This is also the current state of knowledge at the Brandenburg Ministry of Economic Affairs. The first information was received on Thursday, said spokeswoman Irene Beringer at the request of the German Press Agency. “It seems possible that Tesla will reprioritize individual process steps in the plants, but that the Grünheide site will remain under construction and with its jobs.”

Sources: , , with material from the dpa