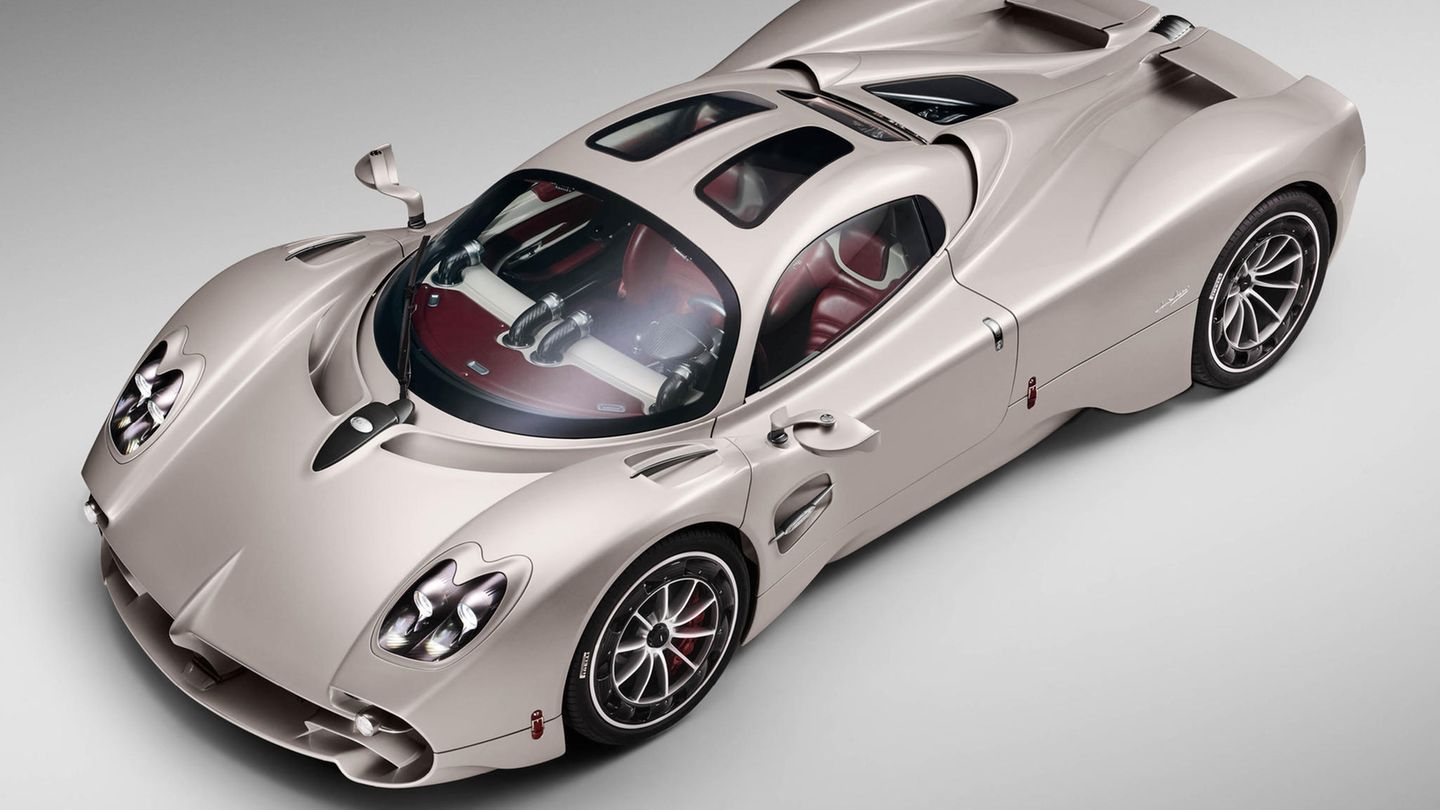 At Pagani, the clocks tick differently. Even if the company in San Cesario sul Panaro, Italy, primarily builds cars, it does not seem to see itself as a classic automobile manufacturer. There is no other way to explain why the company, founded in 1992, took 30 years to present the third model. Because after the Zonda and the Huayra, Pagani now presented the Utopia for the first time – another, highly exclusive sports car with a very small number of units.

What the 150 employees lack in terms of quantities, they easily make up for in terms of quality: For Pagani, the company’s vehicles are not just cars, but highly functional works of art. You can see it in Utopia.

Naked numbers first: The Pagani Utopia weighs 1280 kilograms and uses a V12 engine from Mercedes-AMG. This delivers 864 hp and a torque of 1100 Newton meters. The transmission is also old-school, because in response to numerous customer requests, the Utopia is also available with a manual transmission that was only developed for this sports car and allows all seven gears to be shifted in the traditional way. If you don’t want that, you get a sequential alternative.

When it comes to the design, Pagani remains true to itself: a crouched silhouette, many small details, a front with a high recognition value and – of course – a central four-pipe exhaust. This is a tradition at Pagani. The doors are new, because the Utopia – for the first time for a road car from the company – relies on butterfly doors. Gullwing doors used to be typical of a Pagani.

The hanging exterior mirrors, the leather fasteners for the two large hoods and the interior are particularly chic. Pagani keeps it particularly simple there, relying on just one display and many analogue instruments. This is also what the regular customers, some of whom were involved in the development, wanted – the Utopia should be simple, beautiful and fun.

Not even a hybrid

And even if the vehicles will not reach their owners until the summer of 2023, a time when many manufacturers are gradually saying goodbye to the combustion engine, the Utopia has absolutely nothing to do with an electric car – not even hybrid components can be found in this vehicle. This means that the vehicle, possibly intentionally, is completely out of date.

The “” indicates that the vehicle price is 2.56 million euros – gross. Pagani has not officially said anything about it. That wouldn’t help anyone either, because the 99 copies of the first Utopia are already sold out – presumably to those customers who were allowed to participate in its development.

However, should Pagani continue its company philosophy unhindered, it is to be expected that further variants based on the Utopia will follow, in which – provided the right connections are in place – you have another chance of buying one of the vehicles.