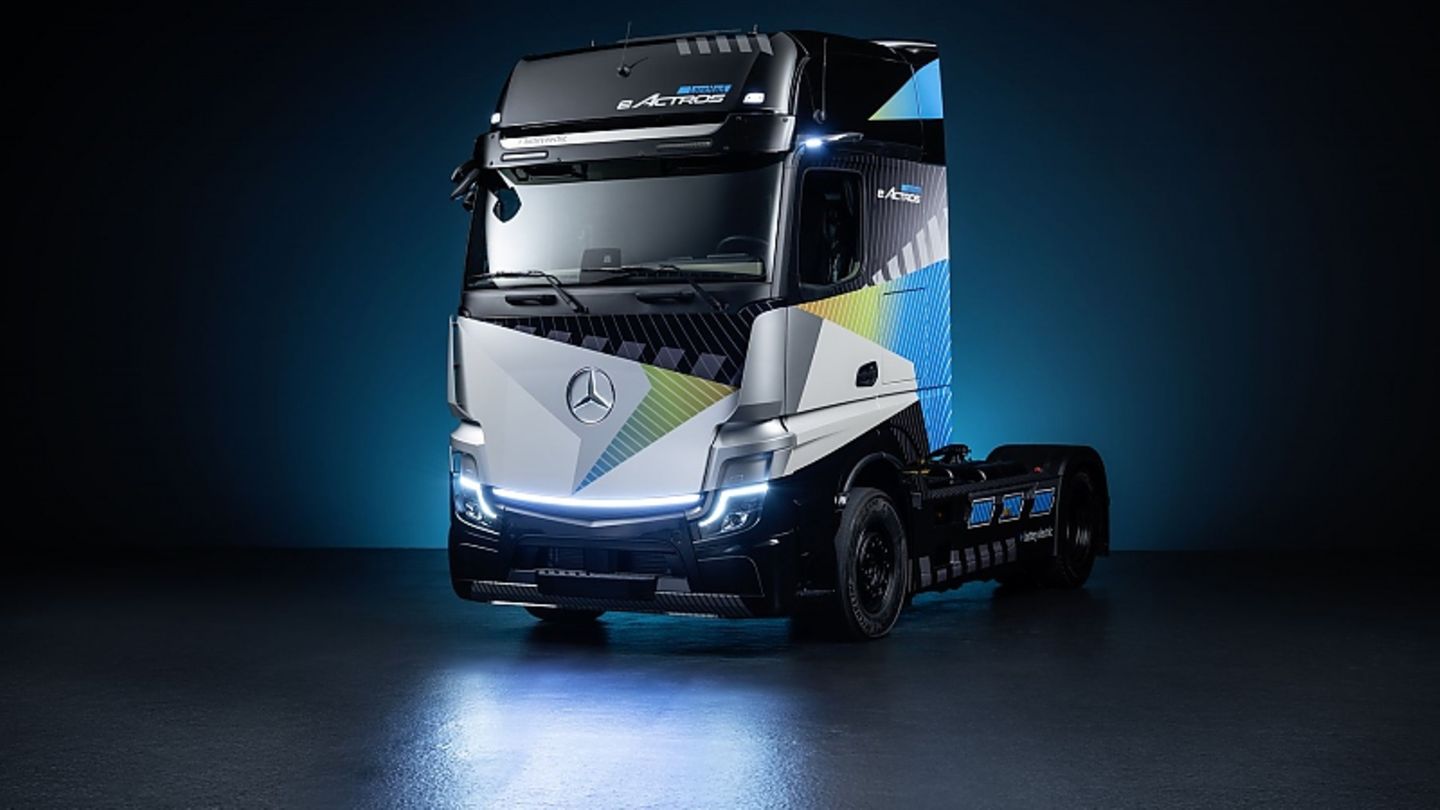 Daimler Truck is driving forward the transformation into a fully electric commercial vehicle provider with verve. From 2024, the flagship will be the eActros Long Haul with powerful 600 kilowatt hour batteries and a range of up to 500 kilometers.

Times are changing. Once upon a time, commercial vehicles at Mercedes-Benz were more of a rustic department. After the rolling blue men act under their own direction as Daimler Trucks, they mutate into pioneers in terms of technology. Together with Waymo and Torc Robotics, the transport experts are working on Level 4 autonomous driving. This should take place as purely electrically as possible. The groundwork for this is already being set. And shown at the IAA Transportation in Hanover.

With a maximum range of 300 or 400 kilometers, the eActros 300/400 represents the first step into the all-electric future of Daimler Trucks. But even in the logistics industry, better is the enemy of good. When it comes to hauling goods in an all-electric vehicle, range is beaten by even more range. To give substance to the name eActros Long Haul, Daimler Trucks is now packing three battery packs into e-trucks, increasing the battery capacity to over 600 kilowatt hours and thus achieving a range of around 500 kilometers.

The storage cells of the batteries are based on the lithium iron phosphate cell technology (LFP), which is characterized by a higher energy density and a longer service life – two other key factors in the material-destroying continuous use in the logistics industry. With a megawatt fast charger, the storage should be filled from 20 to 80 percent in less than 30 minutes. The development of the electric truck is aimed at a mileage of 1.2 million kilometers in ten years of operation.

Such powerful battery packs also drive up the basic weight of the tractor considerably, so more power is needed for propulsion. That’s why the Daimler Trucks technicians have also upgraded the e-axle. The two electric motors generate a continuous output of 400 kW / 544 hp and a peak output of over 600 kW / 816 hp. In addition to the tractor unit, Daimler Truck also wants to offer platform chassis variants. The first prototypes are already being tested intensively. Testing of the eActros Long Haul on public roads will begin before the end of this year. In 2023, near-series prototypes are to prove themselves to selected customers in tough everyday use before the market launch takes place in 2024.

Like the regular eActros 300, the eActros LH rolls off the assembly line in Wörth am Rhein. The basic model will also be available as a semi-trailer, suitable for most European trailers, from the second half of next year. The battery capacity remains unchanged with three battery packs of 112 kilowatt hours each. The maximum range is 220 kilometers. An eAtego will also supplement the product portfolio of the German commercial vehicle manufacturer in the medium term.

Daimler Truck has already taken these steps with the eCanter and now, after five years, is presenting the second generation of the electric light truck, in which the wishes and experiences of logistics customers have been incorporated. Flexibility is right at the top of the specifications, which manifests itself in the different total weights from 4.25 to 8.55 tons, the two individual cabs and the six different wheelbases from 2,500 millimeters to 4,750 mm. Worldwide, this results in more than 100 variants of the new generation of the eCanter, which have either a 110 kW / 150 hp electric motor (variants with a total weight of 4.25 and 6 tons permissible total weight) or 129 kW / 175 hp (7.49 and 8, 55 tons). The torque remains the same at 430 Newton meters, but not the range due to the new modular battery concept, which is based on LFP battery packs (lithium iron phosphate) each with a nominal capacity of 41.3 kWh. Consequently, customers can choose between a maximum range of 70 km, 140 km or 200 km. It is charged with both alternating and direct current; via CCS connector and a maximum of 104 kW.