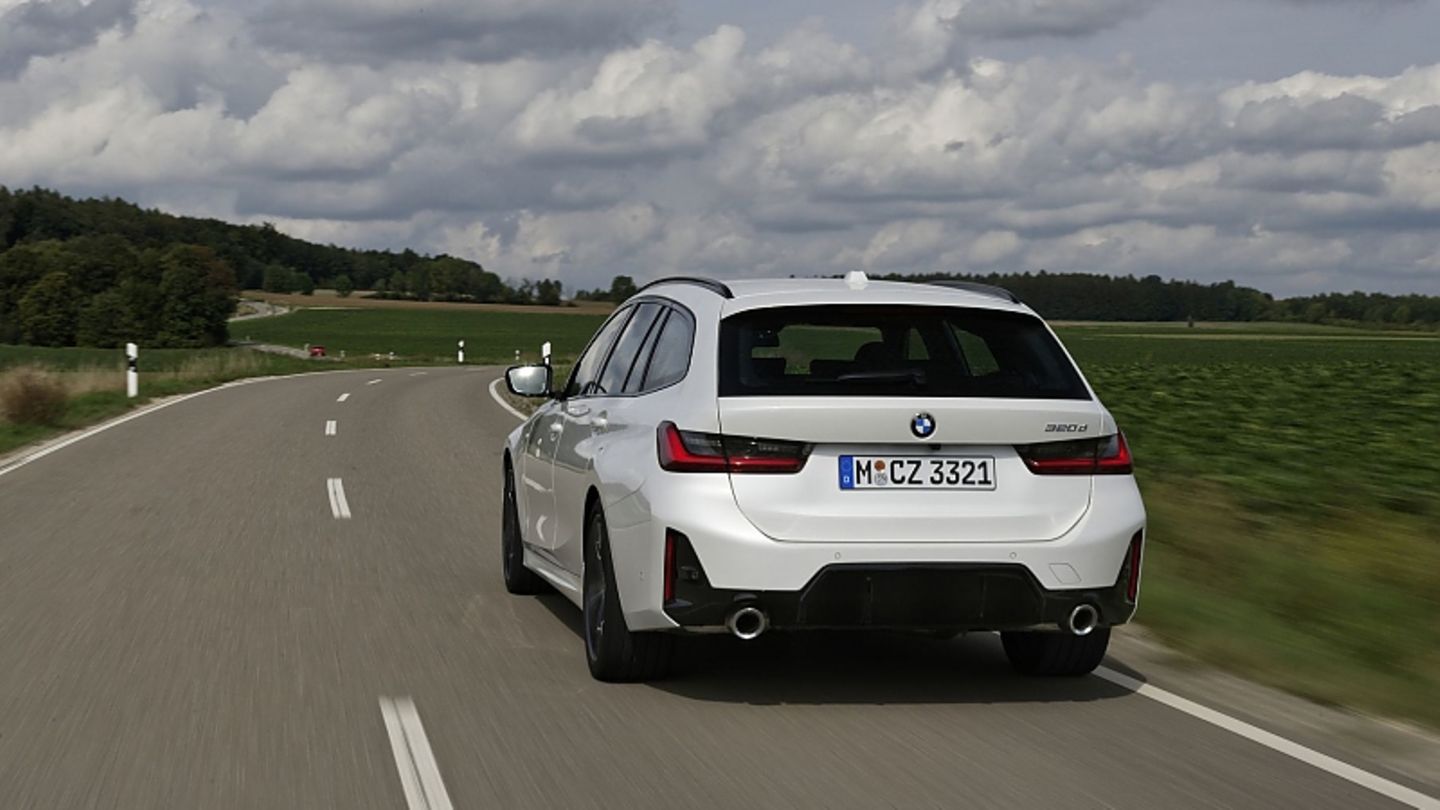 BMW refreshes the 3 series. The facelift is less about the drivetrains and more about the infotainment that follows that of the iX Stromer.

Even if everyone is talking about electric vehicles and range, the 3 Series has a very special meaning for BMW. Since the mid-range model series was introduced in 1975, the Munich-based car manufacturer has sold around 16 million units. Anyone who thinks that something has changed in recent years due to the diversification of the model portfolio is wrong. With 1.1 million units sold, the seventh generation of the 3 Series has been the most successful of all 3 Series models since its introduction in 2019. As has always been customary, a facelift is due halfway through the life cycle. After all, the car should stay fresh so that it can continue to assert itself in the tough battle for market share. Because one thing is clear: In Ingolstadt and Stuttgart-Untertürkheim they don’t sleep and as soon as the BMW 3 Series weakens, the Audi A4 and the Mercedes C-Class are ready.

The motto Germany, Kombiland is still valid, especially for those mid-range vehicles that company car drivers like to use. While only 20 percent worldwide opt for the Touring, between Garmisch-Partenkirchen and Flensburg it is 70 percent and the 320d with its 150 kW / 190 hp is and remains particularly popular. In order not to frighten fleet customers too much, the BMW designers have clearly held back on the exterior. The LED headlights are narrower and the kidney grille is a bit more pronounced, but the 3 Series is clearly removed from the jagged front of the 7 Series.

The big innovation of the 3 series facelift takes place under the sheet metal shell. Not with the powertrain, but with the infotainment that follows the iX models. So now the 3 Series also has the curved display, consisting of the 12.3-inch digital instrument cluster and the 14.9-inch infotainment command center in the middle. This goes hand in hand with a significant reduction in the number of buttons and levers. The tried-and-tested rotary pushbutton has also fallen victim to the new interior and is therefore a way of accessing functions quickly and easily. This should now be done mainly via voice control and touchscreen. “Integrating the infotainment into the architecture was anything but easy,” explains project manager Dr. Michael Ising.

Modern is not necessarily better. The flood of information is likely to deter some users. Adjusting the air conditioning and seat temperature is not as easy as before. As soon as you deal with the digital control panel, it works without any problems after a few moments. We still like the large tiles on the infotainment display as they are clear and easy to navigate. Another plus is that you can configure your favorites according to your taste. However, the submenus, which have to be selected using smaller squares, are much less clear and more time has to be invested here to get behind the secrets. The voice input still works well and many functions can be activated by announcement.

The center console is also new. Instead of the automatic lever, the gears are now activated with a kind of slider. Only the inductive charging cradle is a bit fiddly to reach. The airy design of the center console is only possible because the 3-series BMW will no longer be available with a manual transmission. Eight-speed automatic or nothing is the motto. It fulfills its task in interaction with the 150 kW / 190 hp two-liter diesel in the 320d as usual. And so that at least a hint of manual gear changes remains, the shift paddles on the steering wheel are standard. Just like the 3-zone automatic air conditioning and the parking sensors at the front and rear. We like small details like the inflatable tracks in the trunk that prevent the luggage from slipping. Even if the volume of the cargo hold at 500 to 1,510 liters is not record-breaking, you can accommodate a lot. Especially if you fold down the backrests.

The drive with its maximum torque of 400 Newton meters, which is available from 1,750 revolutions, has no major problems with the 1,635 kg station wagon. This is also due to the 48-volt mild hybrid technology, which contributes 8 kW / 12 hp to the propulsion. 100 km/h is reached after 7.2 seconds and with the top speed of 229 km/h you are not a rolling chicane even on the express train. If you don’t constantly give the spurs to the 320d, you’ll be relaxed on the road and the engine will also hold back acoustically. That changes when you want to push ahead. We would have liked more feedback from the steering. BMW specifies an average consumption of 5.7 l/100 km. We only needed 0.2 l/100 km more on our first test drive, which took us on country roads and motorways. However, the 320d with a price of 53,200 euros is not a special offer.