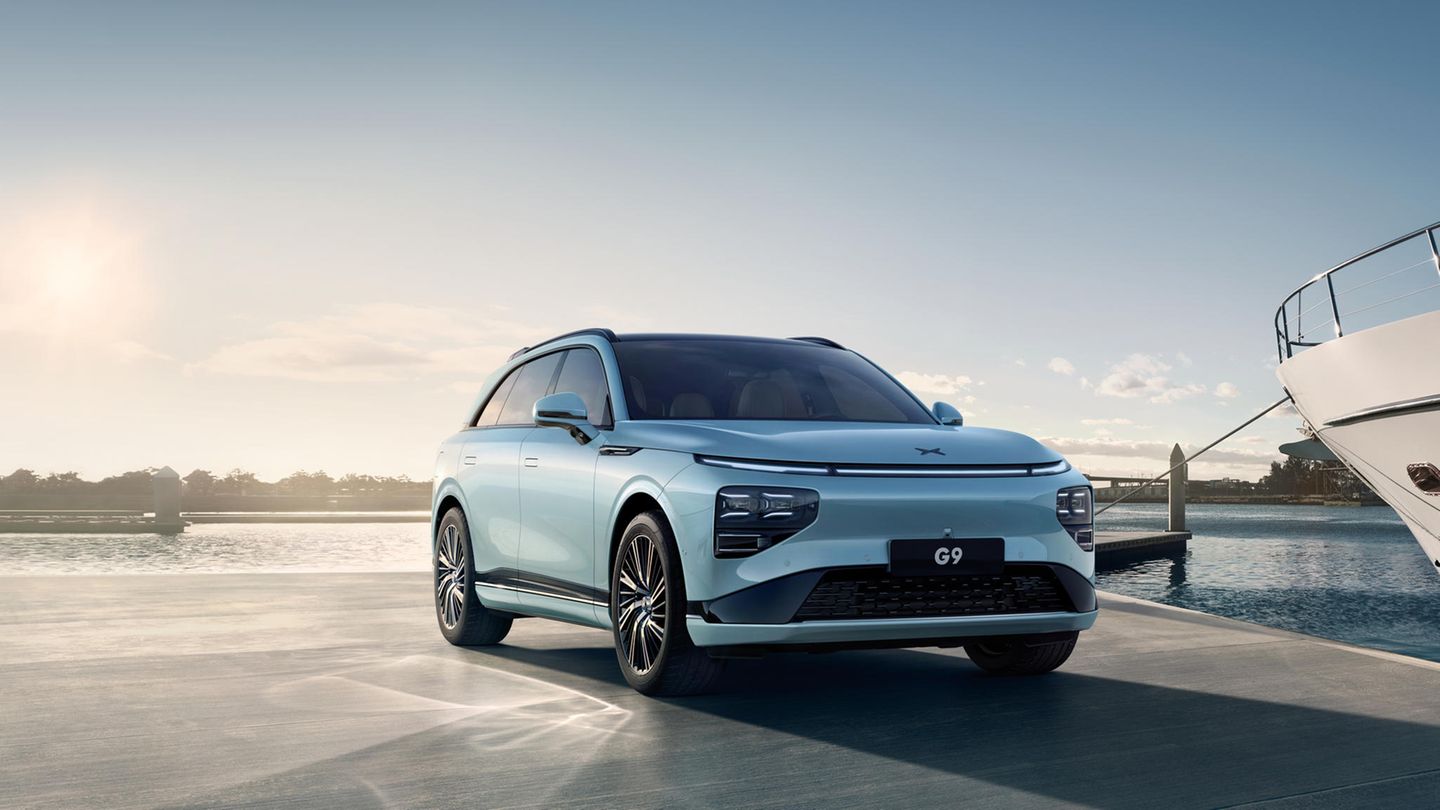 The Chinese manufacturer Xpeng is now also switching to 800-volt charging technology for its electric cars. No other SUV in the world should charge faster than the new G9. A vehicle is coming onto the market that is intended to stand up to Tesla and Co.

In China, Xpeng has long been an established manufacturer of electric cars. Here in Europe things are different and so the Chinese have made a name for themselves with the unwieldy company name Xpeng. That should change in time, however, because the Xpeng G9 is a crossover that should also find its customers in Europe if the carmaker decides to compete here. The 4.90 meter long luxury class crossover with a pleasing design will be available on the home market of China from October in three performance levels with a choice of rear-wheel or all-wheel drive. The four-wheel drive versions not only offer more power, but are also obligatory equipped with air suspension, which should bring more comfort. The technical highlight of the crossover, however, is the new electric platform, which thanks to the silicon carbide battery can be recharged at a so-called S4 charging station with up to 480 kilowatts. In five minutes, the Xpeng G9 refuels for another 200 kilometers using the 800-volt charge and the battery pack fills up from 10 to 80 percent in just 15 minutes.

The standard model also takes just five minutes more for the same charge. Even when charging at compatible third-party stations, the Xpeng G9 promises top values ​​in terms of fast charging thanks to the 800-volt technology, which models such as the Audi e-tron GT, Porsche Taycan or Kia EV6 also offer. In the home market of China, Xpeng is continuing to expand its own charging network based on the Tesla model. In August, the company unveiled its 1,000th location and its new S4 charging technology, and plans to install more than 500 S4 charging stations in major cities nationwide by 2023.

By 2025 there will be 2,000 charging stations across China. “The G9 is the world’s fastest mass-produced SUV and features the industry’s first full-scenario driver assistance system. Add to that dual-chamber air suspension and a luxurious smart cabin with a groundbreaking 5D music experience we call Xopera.” , explains Xpeng CEO He Xiaopeng, “The G9 is a fusion of many technical innovations in an elegant design and marks a significant milestone after eight years of commitment.”

The top model Xpeng G9 RWD 702 E with 313 hp / 430 Newton meters (Nm) offers a maximum range of 700 kilometers according to the Chinese consumption cycle and is therefore the leader in the luxury SUV class. The G9 versions with the smaller battery packs (570 / 650) can cover 570 or 650 kilometers before they have to go back to the charging station. Converted to the WLTP cycle, these are 460 and 570 kilometers. The four-wheel drive Xpeng 650 Performance is also powered by a 175-kilowatt electric motor on the front axle, which increases its performance to 551 hp / 717 Nm. It accelerates from a standing start to 100 km/h in 3.9 seconds and, like all other engine variants, has a top speed of 200 km/h.

Thanks to its three meter long wheelbase, the China SUV offers plenty of space for up to five people, a large touch display, high-tech sound and various comfort and driver assistance systems. The loading volume is between 660 and 1,576 liters. Pricing in China starts at 310,000 for the base version, while the top-of-the-line all-wheel drive model costs 470,000 RMB. That’s the equivalent of 44,380 to 67,280 euros.