Driving report: BMW i7 xDrive 60: The best car in the world? 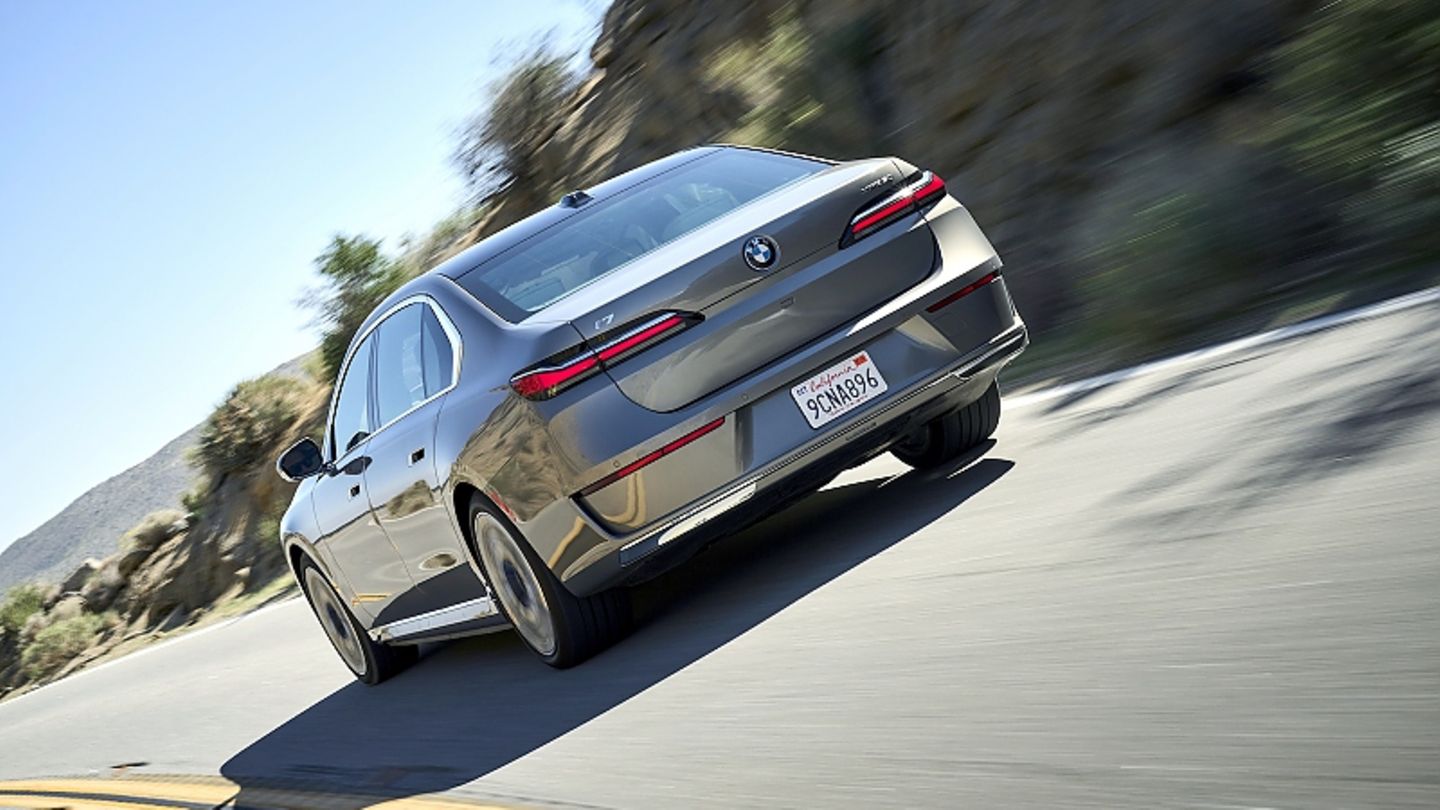 BMW has become more self-confident. For many years, the Bavarians have had a more than adequate opponent for the Mercedes S-Class with the seven. With the new seven, the Munich company is going for a double whammy, because the electric i7 is available alongside the combustion engine.

For decades, people at Munich’s Petuelring found it difficult to put the word luxury in their mouths. They wanted to be dynamic, sporty and probably also elegant, but when it came to luxury, many people’s mouths remained dry and they took refuge in empty words or swearing. This has been over for a few years, because the previous version of the seven-seater BMW was in no way inferior to its big opponent, the Mercedes S-Class. The Bavarians compensated for slight deficits in comfort on the back seat with more driving fun and their magnificent engines. With the new generation, it sounds from Munich prouder than ever that the new top model is no less than the best car in the world. This should apply equally to the various versions with combustion engines, but especially to the electrically powered BMW i7. After the first test drives, it is difficult to disagree with this opinion. It is currently difficult to find a better electric car than the BMW i7 xDrive 60. However, there is hardly one whose design is so polarizing. The new flagship will hardly win a beauty award, especially from the front.

As wide as the drive portfolio of the seven series may be – first of all, the Munich-based company has cut the body variants more than makes sense. The new luxury sedan of the BMW i7 xDrive 60 is an impressive 5.39 meters long and is only available as a supposed long version. The short variant – only in demand in Europe in manageable numbers anyway – was canceled, as was a version with a sliding creek. That could certainly hurt, because in many markets the electric sunroof was standard and a welcome fresh air alternative to the automatic climate control. From now on, however, there is only a powerful panorama roof, which can be shaded at the push of a button, as can the entire rear.

The rear, at a high level so far probably the only weak point of the previous seven generations, sets completely new standards. Cozy and comfortable as only in the Mercedes S-Class, the rear passenger sinks into the magnificent seats and adjusts them to taste. The countless adjustment options can be operated somewhat awkwardly via a touchscreen in the doors. It takes some time to get used to it, but then the travel comfort knows no bounds. The BMW i7 not only sends its second-row occupants into an atmospheric reclining position at the push of a button, but also skilfully massages them and switches to the cinema program. Then all the blinds close and a mighty 31-inch flat screen folds out from the roof, on which you can enjoy films or immerse yourself in the world of the World Wide Web. Somewhat surprisingly, the new BMW i7 is not available with an optional individual seat system in the rear. The large center armrest can be folded down – that’s it. The equipment quota was simply so small, which is the reason for the reduction of this variant. Class: at the push of a button, the doors open and close electrically without bumping into anything.

Many of the world’s Sevens customers sit relaxed in the rear and let themselves be chauffeured to work, appointments or planes. This is where the luxury model made in Dingolfing made its biggest leap. But what about the driver? Despite the electric drive, is the i7 a real seven and, more importantly, is it also the proclaimed best sedan in the world? The performance of the obligatory all-wheel drive vehicle is ample, if not gigantic, with 400 kW / 544 hp and 745 Nm maximum torque. The i7 xDrive M70, the top model, will follow next year, but with 485 kW / 660 hp it is also well behind the competition from the USA and China. But the BMW i7 xDrive 60 does not have a noticeable performance deficit, even if it has a heavy weight of 2.7 tons to carry. Even the good roll stabilization and the all-wheel steering cannot completely overplay that.

But the thrust of the i7 is impressive from every speed range and the performance development is almost as spectacular as the sovereignty with which it banishes the almost 550 hp onto the road. The 190 kW / 258 hp electric motor at the front, like the 230 kW / 313 hp electric motor on the rear axle, is powered by a 101.7 kWh battery pack in the underbody, which, in conjunction with the rigid body and the air suspension, ensures balanced handling . From a standing start, it accelerates in 4.7 seconds and at 240 km/h it is sealed off a little early. The standard consumption: 18.4 kWh / 100 kilometers, which should enable a range of almost 600 kilometers. One of the few weak points of the i7 is the on-board charging network, because instead of the 800 volts that Audi, Porsche or Hyundai offer, the flagship has to make do with just under 400 volts. The maximum charging capacity is 195 kilowatts, which boosts the lithium-ion battery from 10 to 80 percent in just over half an hour. Others can do that better – and faster.

What others are not so good at is conveying such a driving experience. Because in contrast to many a competitor, the BMW i7, which costs at least 135,900 euros, is not only quiet and relaxed on the road, but also gives its driver an impressive driving experience, including feedback from the steering, brakes or suspension of the axles. This is how the best car in the world should drive. You can forgive minor flaws such as the missing passenger display, the colorfully illuminated decorative strip and the two 12.3 and 14.9 inch displays, which could probably be a bit larger in view of the competition. The BMW i7 also leaves a painful gap when it comes to driver assistance, because the expected level three for highly automated driving should not follow until the end of next year and then probably only up to 60 km/h. Some had expected more.

ADAC tests e-cars from VW, BMW, Mercedes and Co. – Tesla is no longer among the best

The Kavak car platform lays off staff and cuts expenses