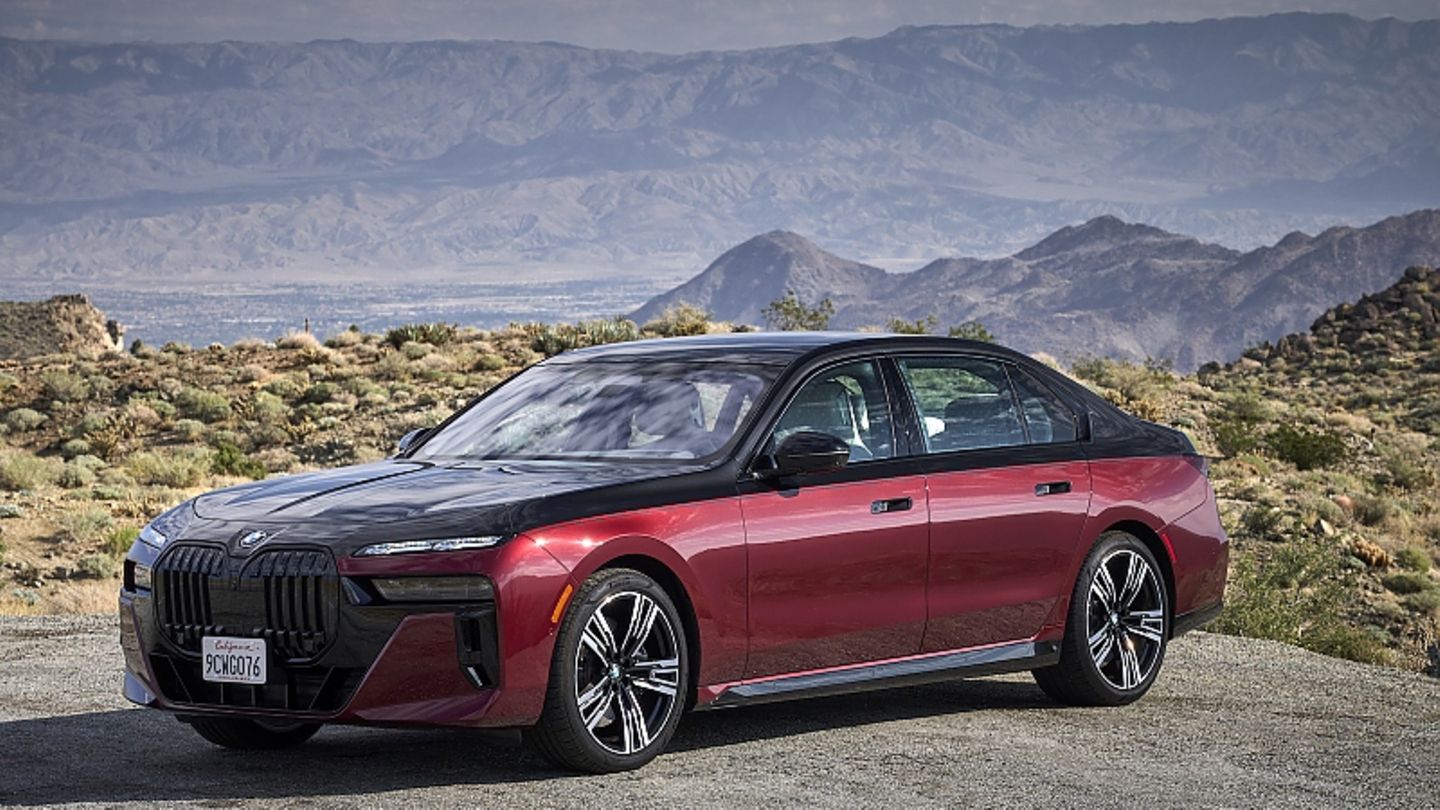 The new BMW 7 Series is not only available as an i7 electric model, but also with different diesel and petrol engines. Probably the most interesting variant with an equally powerful and image-boosting eight-cylinder turbo is not coming to Europe. We drove the BMW 760i xDrive anyway and are thrilled: bring it to us too!

While the BMW i7 primarily competes against the Mercedes EQS and various international electric models, the combustion duel is about what is probably the most prestigious battle in the luxury segment: BMW 7 Series versus Mercedes S-Class. And since BMW, in contrast to Mercedes, has completely dispensed with a twelve-cylinder version with the introduction of the new model, in addition to the purely electric BMW i7, which is available in two versions with 544 and 660 hp, the 760i xDrive is the figurehead of the Bavarians for everyone who don’t want a plug. Like the BMW i7, it will also be available to politicians and business leaders in the coming year as a heavy armored version and, with a total length of 5.39 meters, is only available with a long wheelbase. While Mercedes only offers its S-Class with combustion engines and the electric version EQS is buzzing on the international markets at the same time, things are different at BMW. Visually, the electric BMW i7 differs only marginally from the 7-series BMW with a combustion engine. The customer has the choice of petrol, diesel, electric or plug-in hybrid.

Wrinkles on the forehead and a sonorous grumbling are likely to occur among some absolute luxury customers from Europe. With the new model generation, BMW has not only completely eliminated the magnificent V12, but no longer even offers the eight-cylinder. The BMW 760i xDrive is reserved solely for luxury markets such as the USA, Asia or the United Arab Emirates, where the number of cylinders remains an important sales factor. The engine output of the double-charged eight-cylinder with a displacement of 4.4 liters is 400 kW / 544 hp / 750 Nm exactly at the level of the BMW i7 xDrive 60. That the combustion engine with a top speed of 250 km/h and a sprint ability from 0 to 100 km/h in 4 .2 seconds faster than the electric version, which also has all-wheel drive, is primarily due to the significantly lower curb weight. The obligatory all-wheel drive BMW 760i also tips the scales at an impressive 2,345 kilograms; however, it is still 370 kilograms lighter than the battery version. Its standard consumption: 11.2 liters per 100 kilometers.

The reduced weight is noticeable when driving, but the low center of gravity of the BMW i7 and the changed cushioning of the front and rear axles via the standard air suspension ensure that you hardly think there would be such a big difference. Roll stabilization and all-wheel steering also ensure that at least part of the enormous excess weight is concealed. Even if the eight-cylinder is magnificently on the gas via the magnificent eight-speed automatic transmission and various driving programs, it does not come close to the sprint potential of the electric i7. On the other hand, the grandiose power development of the 4.4-liter unit is inspiring, whereby the eight-cylinder engine should sound a little beefier, especially at higher speeds in the selected sports program. Because the combustion engine also rolls along extremely quietly and enchants with a magnificent comfort chassis, which finally also offers the comfort on the rear axle that previously only the Mercedes S-Class could offer its occupants.

When operating the new seven, there is a lot of light and little shadow. The two touch displays for adjusting the seats, blinds and rear entertainment in the rear doors are innovative and always stylish. But you have to get used to the individual menus and direct buttons, at least for electric seat adjustment in the door panels such as in the first row, would have been a good choice. The mighty flat screen, which unfolds from the roof at the push of a button, is a real show. When the 31-inch model is unfolded, the blinds in the rear are automatically shaded all around. The seating comfort is top class, even if, surprisingly, BMW does not offer a purely four-seater variant with a continuous center console like the Mercedes S-Class or Audi A8. The reason for the omission is the same as for the short wheelbase: simply too few customers ordered it. The space available at the front and rear is lavish and the 500-litre trunk is appropriately dimensioned. Not all customers will like the fact that a sliding creek was also removed from the equipment list – the panoramic roof that cannot be opened is standard.

At the latest when looking at the price list, the European customer is staring into the tube, because the BMW 760i xDrive with V8 power is not available in our latitudes. The best choice for driving the new luxury model from Dingolfing is the 220 kW / 299 hp 740d xDrive, which boasts a standard fuel consumption of 6.1 liters per 100 kilometers. The magnificent eight-cylinder makes the BMW 760i xDrive expensive in the US at least $ 113,600. And one is still allowed to dream – maybe it will come to the old continent after all if enough old customers complain who don’t want to do without an eight-cylinder – the last of its kind. However, the chances don’t seem to be great.