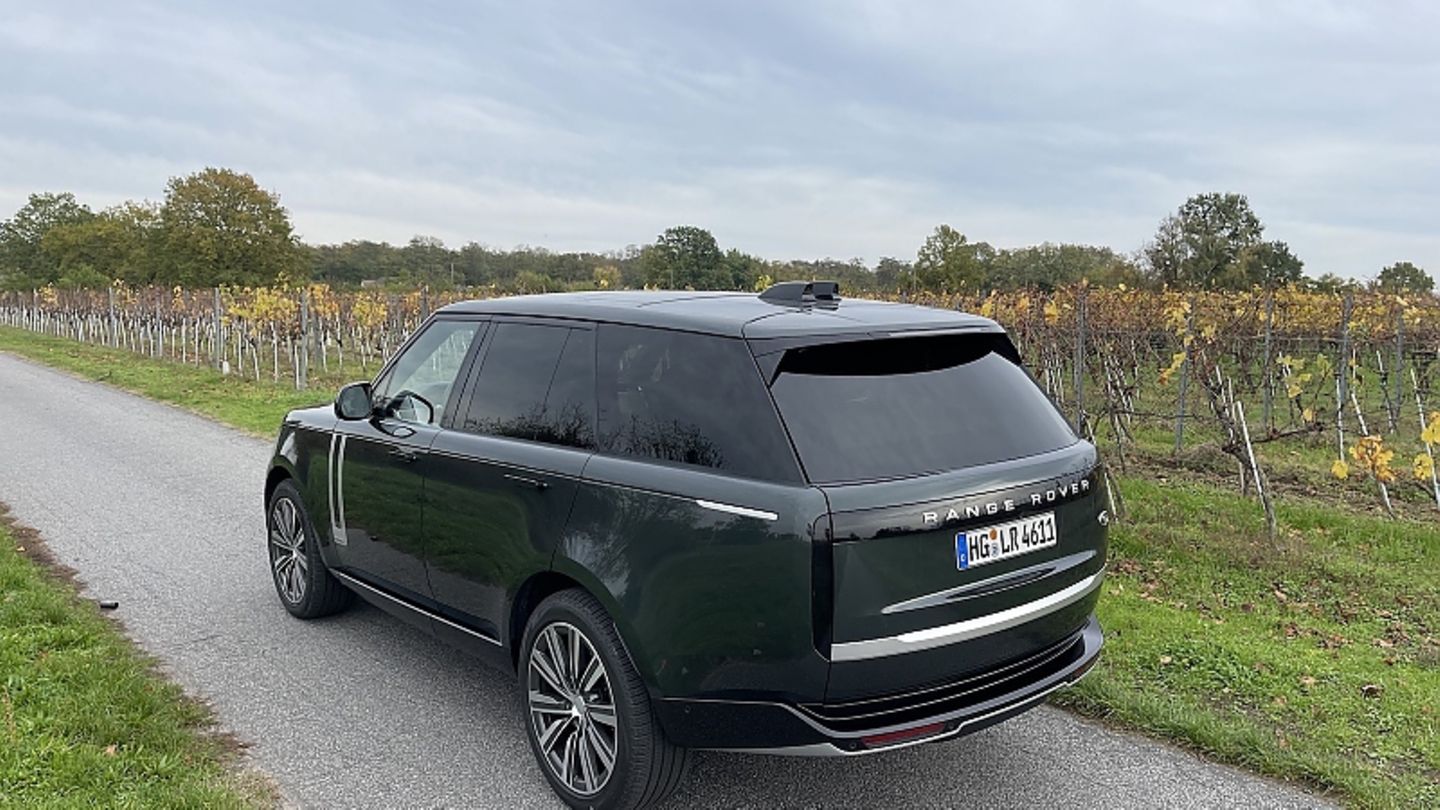 For five decades, Range Rover has delivered a luxury driving experience unmatched by any other off-road car. The new Range Rover sets new standards more than ever – surprisingly with a diesel engine.

Jaguar Land Rover has gone all out with the fifth-generation Range Rover. The predecessor was already great, but the competition has now woken up. Rolls-Royce brought its Cullinan, Bentley the Bentayga and then there are descendants like the BMW X7, Cadillac Escalade, Lincoln Navigator or Mercedes Maybach GLS. The competition has become aware of the luxury segment late and has been in full swing for a few years – a difficult task for the current Range Rover generation, because the finances of the British with the Tata group in the background are not in the best of shape . Nevertheless, everything was done to set new standards. The inclined customer still has the choice between the 5.05 meter long version with a normal wheelbase and the XXL range, which is not only 5.25 meters long, but also offers the third row of seats that is so popular there with a focus on the American market .

The design of the range is noble, chic, somehow impressive and in the truest sense of the word befitting. When it came to the drives, the technicians got the best of the best in the front end, because the engines now come from BMW and the transmissions are unchanged from ZF. Before the electric model of the Range Rover 2024 comes onto the market, petrol engines, plug-in hybrids and last but not least the diesels have to be put in place. Because even if the demand for the 530 hp Range Rover V8 P530 is currently gigantic all over the world, the diesel is an excellent choice for the European market. However, due to the heavy weight of the four-wheel drive vehicle, which is more than five meters long, you should not waste any thought on the smaller versions with 250 and 300 hp, but climb straight into the top version of the Range Rover D 350 AWD, which has an output of 258 kW / 350 hp and thus up the level of the former 4.4-liter V8 diesel, which offered 340 hp.

When it comes to smooth running and power delivery, however, the six-cylinder is in a completely different league. Nobody complains about the loss of 1.4 liters of displacement and the two combustion chambers, but rather enjoys the smooth running and the direct connection of the engine to the eight-speed automatic and all-wheel drive, which cannot be disturbed either on or off the road. From a standing start, it accelerates to 100 km/h in 6.1 seconds with a barely perceptible background noise, and the Brit reaches a top speed of 234 km/h. A maximum torque of 700 Nm, which is available to the driver from a low 1,500 rpm, ensures impressive pulling power from low revs. An integrated starter generator ensures less consumption and a small boost. The standard consumption of 7.8 liters of diesel per 100 kilometers is no less impressive for such a four-wheel drive colossus than the travel comfort that this offers its occupants. The air suspension, in particular, has been significantly improved, rolling effortlessly over everything that gets in the way of the generously dimensioned 22-inch wheel set.

But the real show in the Range Rover, which costs at least 145,100 euros, is not the chassis, which should offer even more roll stability in fast corners, or the excellent steering and powerful brake system, but the travel comfort. Thanks to the steering rear axle, the imposing Briton drives at least one class smaller than it really is. The additional steering angle of over seven degrees on the rear axle is a real benefit, especially when manoeuvring. The cushioning even with rough bumps in the road is impressively decoupled and if you want to be a little tighter on the road, you only change the driving program to realize shortly afterwards that normal mode is delivering a perfect performance.

With their countless adjustment options, the front seats are even better than those of the predecessor, and the rear is also excellent to travel in, even in the version with a normal wheelbase. An electric adjustment along with a massage function and air conditioning shows many a competitor what the measure of all things is in an off-road vehicle, an SUV or even a luxury sedan. The interior is more elegant than ever, remains a touch old school despite modern elements and JLR has also improved the operation. The instrumentation alone is a bit pale and overloaded, because the digital information island behind the leather-covered steering wheel is confusing despite the corresponding built-in head-up display. Significantly better: the central screen in the middle of the dashboard for the sound system, navigation and all vehicle functions. In this league, an optional passenger display would have made sense, which is currently missing from the list of special equipment. In the rear alone, you can order two displays to entertain your fellow passengers.

Finally opaque: the electric shading of the generously dimensioned panorama roof, through which no more light shines through, while the spectacular Meridian sound system floods the interior with its sound. The mighty luggage compartment, which swallows between 818 and 1,841 liters, is just as generous as the interior. The luggage compartment with its unchanged two-part opening hatch is so elegantly lined that it outshines the interior of many a competitor.