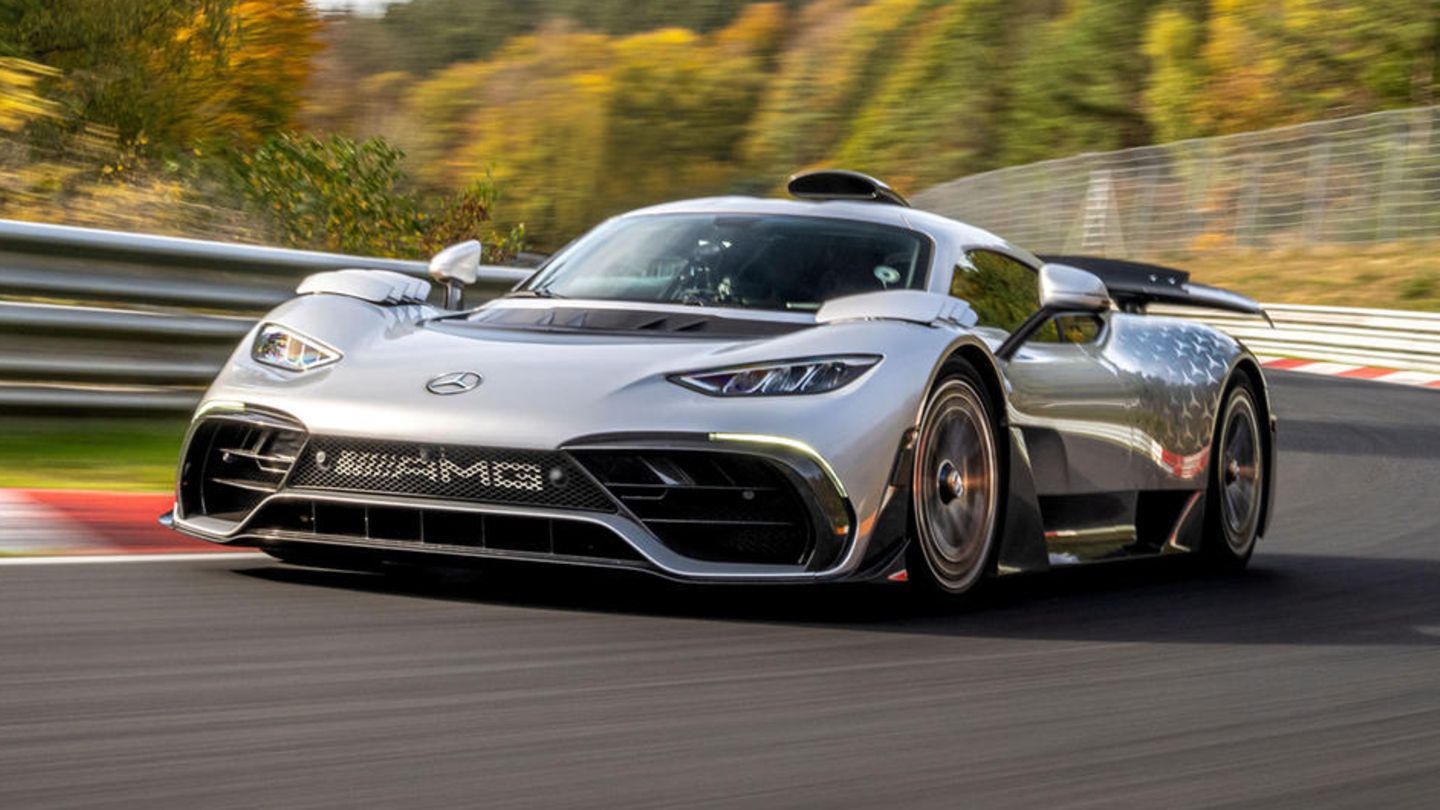 The Mercedes-AMG One is now the fastest production vehicle on the Nürburgring-Nordschleife. Despite difficult conditions, the hypercar overshadows Porsche.

So far, Porsche has been considered the unbeaten record hunter on the Nürburgring-Nordschleife. Most recently, the company, together with Manthey-Racing and a 911 GT2 RS, set the record for the fastest street-legal sports car on the 20.832-kilometre Nürburgring-Nordschleife. The time: 6 minutes and 43.3 seconds. A good year later, it’s time to say goodbye to this title, because Mercedes-AMG has now won it.

The AMG One covered the route a whopping 8 seconds faster, setting a time of 6 minutes and 35.183 seconds. This makes the vehicle not the fastest car that has been on the Nordschleife so far, but the fastest car that you can (theoretically) buy in this condition and drive on the road. Overall, the AMG One is in 5th place, the first four places belong to racing cars that are not street legal, and the Porsche 919 Hybrid Evo is currently in first place with a time of 5 minutes and 19.55 seconds.

In a video on YouTube, Mercedes-AMG shows how the lap went. It remains to be seen when the AMG One will hit the track again, as the adverse circumstances mean it would probably have been even quicker under optimal conditions.

The AMG One puts the speed on the road with the help of one combustion engine and four electric motors, which together deliver 1063 hp. The car does it from 0 to 100 in 2.9 seconds. Numerous components come from Formula 1, which also explains the price of the vehicle.

Not a cheap car

The Mercedes-AMG One costs 2.75 million euros before taxes, which would be around 3.3 million in Germany. But: The number of pieces is limited to 275 copies, which “” reports that these are already completely sold out.

Up to 26 million euros for a vehicle: these are the most expensive new cars in the world

However, the AMG One is not suitable for everyday driving anyway, because every 50,000 kilometers it gets really expensive, writes “Mercedes Blog”. In this interval, a complete overhaul of the engine is due, which in the worst case and depending on the necessary spare parts, can cost up to 850,000 euros.