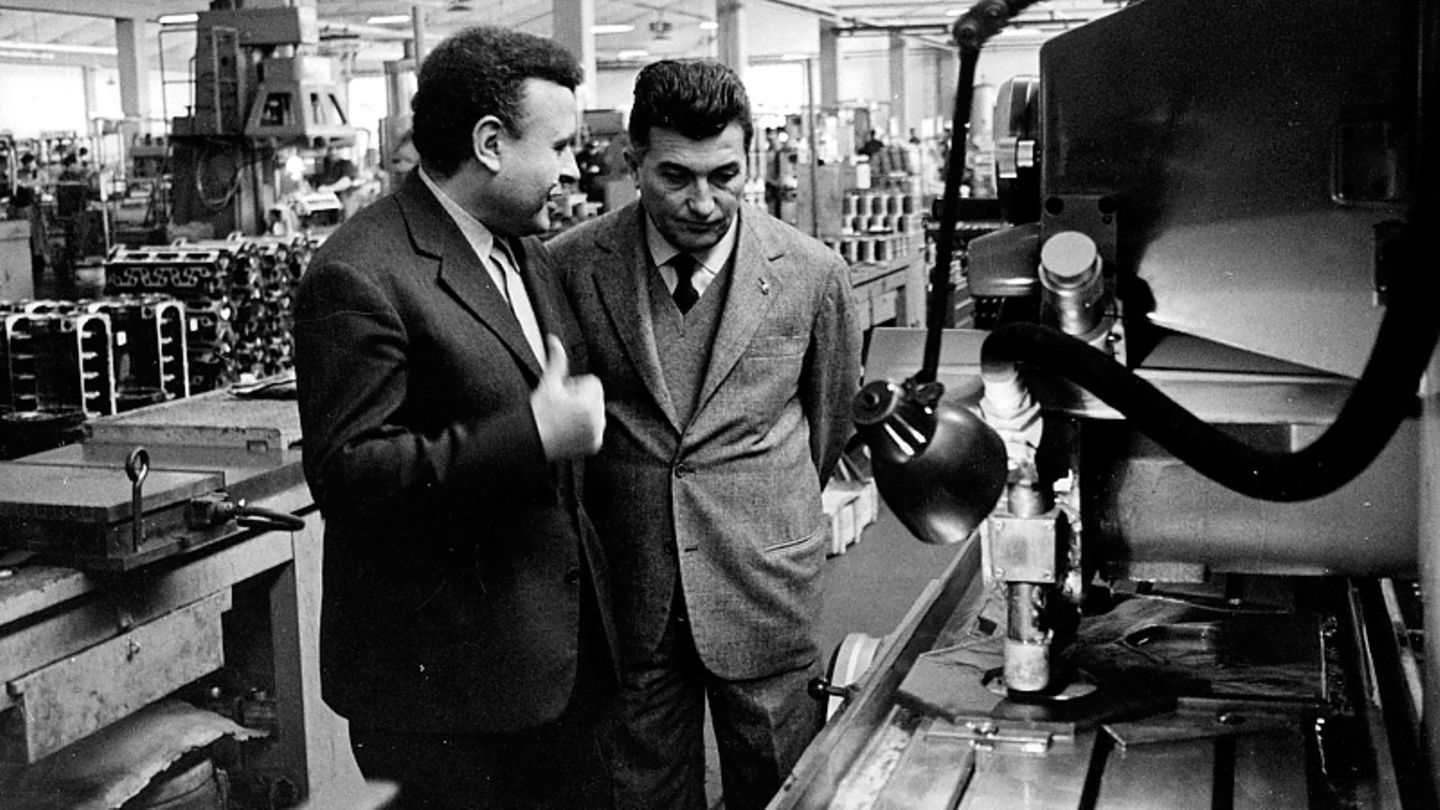 Is Ferrari “to blame”? A new feature film starring Frank Grillo tells the story of the origins of the Italian sports car manufacturer Lamborghini.

Enzo Ferrari, as the saying goes, created three important things in his life: Ferrari, the Ford GT and Lamborghini. How the rumored arrogance of the Italian sports car tycoon led to the success of the Ford GT was told in the 2019 film “Le Mans 66” with Matt Damon in the leading role as Carroll Shelby. Now the film “The Man Behind The Legend” tells the story of how Lamborghini came about. Frank Grillo embodies Ferruccio Lamborghini, the founder of the sports car brand of the same name.

The engineer Ferruccio Lamborghini, born in 1916 as the son of a farmer in Renazzo di Cento near Modena, first put together tractors from various decommissioned military vehicles near Bologna from 1946 that had survived the Second World War to some extent. After the war, there was a great shortage of agricultural machinery in Italy. And so business flourished so quickly and so well that Lamborghini began developing its own tractors from 1946, initially with diesel engines, and from the mid-1950s also with direct injection engines. After 1960 he also built heating and air conditioning units for private and industrial purposes in another company. He soon became one of the richest entrepreneurs in Italy.

Lamborghini enjoyed success – even with fast cars. Jaguar, Mercedes, Ferrari and Maserati were in his garage. However, he only took part in one race: at the Mille Miglia in a tuned Fiat Topolino. The tour, according to Lamborghini, ended after around 600 miles “in an osteria, which I entered with my car through the wall.” The legend, which the film takes up with relish, now tells that Lamborghini, above all with its new Ferrari 250 GT was not at all satisfied. He had the GT dismantled by his own technicians and quickly realized that the expensive speedster from Maranello was largely built from simple, off-the-shelf parts. That, according to his idea, could be done much better.

The film describes how he personally confronts Enzo Ferrari and proposes a collaboration: “Ferrari-Lamborghini”. What follows is one of those sentences that changed the world. Ferrari turns away with a contemptuous look and only says: “Go back to your tractors, farmer.” That’s the legend. Real is rather doubtful whether Ferrari and Lamborghini ever met in person, or whether Lamborghini intended to improve the image of his tractor company by building sleek sports cars.

The version is much more exciting that Ferruccio Lamborghini felt challenged by the arrogance of Enzo Ferrari and decided to build the better sports car himself. As a trademark he chose the attacking bull “Murciélago”. He survived a bloody bullfight in 1879 and was subsequently pardoned. Taurus was also Ferruccio Lamborghini’s zodiac sign. Since then, almost all Lamborghini models have been named after famous fighting bulls.

The Lamborghini 350 GTV was presented as a prototype as early as 1963, followed a year later by the first production examples of the 350 GT, of which 120 were built. With its twelve-cylinder engine, it was significantly more powerful than the Ferrari models. However, Lamborghini really got going with its sports cars from 1966 with the Miura, which developed up to 385 hp and hit the 300 km/h mark.

The basis for the image of the sports cars from Sant’Agata Bolognese in Emilia-Romagna was laid. In the decades that followed, the Countach, Diablo, Murciélago, Gallardo and Aventador became legendary dream cars. How much Ferruccio Lamborghini enjoyed the satisfaction of showing it to Enzo Ferrari can be deduced from another sentence that director James Mangold has his leading actor in the film say: “You buy a Ferrari if you want to be someone. You buy a Lamborghini if you are someone.”

Lamborghini has changed hands several times since the 1970s and has belonged to Audi since 1998. Ferruccio Lamborghini himself died of a heart attack in Perugia in 1993 at the age of 76. A Lamborghini tractor pulled the car with his coffin.