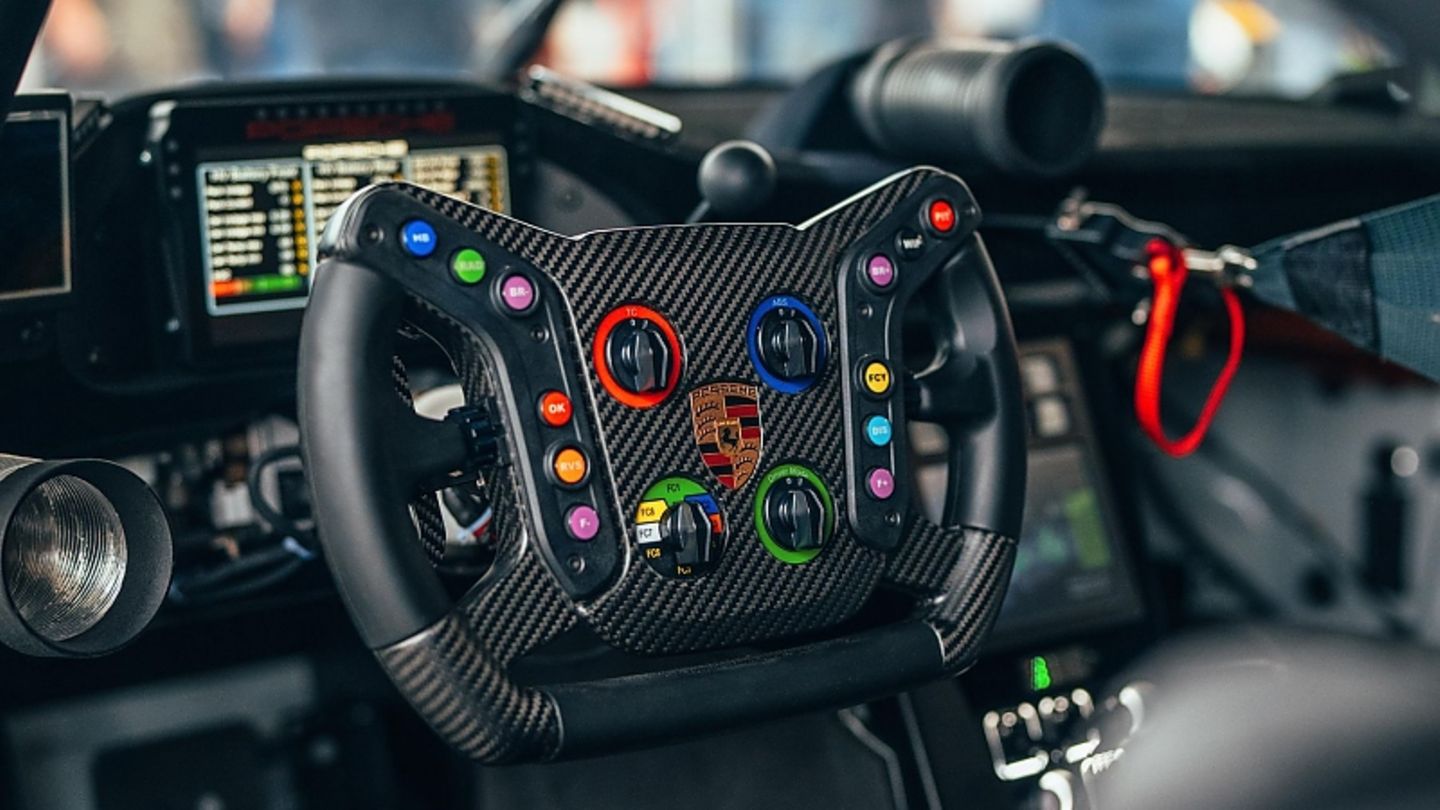 With the GT4 e-Performance, Porsche is planning the racing of the future. The all-electric Cayman uses the technology of the Porsche Mission R study and fires around corners with 800 kW / 1,089 hp. We have subjected ourselves to this ordeal.

brakes! brakes! Breeee…! The speed at the end of the start/finish straight is brutal. The end of the tarmac is fast approaching and our brains go on red alert as our bodies tense at the impending impact. Completely free! When Klaus Bachler puts on his irons with full force almost 80 meters before the curve, the straps press us into the bucket seat so much that even thinking about the deceleration command is nipped in the bud. Before the brain has recovered, it’s back to the right. Oof! Again, the lungs are violently emptied explosively. “It’s not bad,” the pilot grins in view of the apparent ailment in the passenger seat. “Indeed,” we murmur tormented, but the words are lost in the hum of the engines.

We are sitting in a racing car that the professional driver is mercilessly shooing around the course near Brescia. So far, so ordinary. Except that the ground-to-ground missile called Porsche GT4 e-Performance is an electric speedster that is supposed to be in the shell of a Porsche Cayman. “This is our vision of a fully electric racing car,” explains project manager Björn Förster. If the vehicle is for gentlemen drivers, then dynamic electric vehicles have a bright future.

Let’s take a closer look at the power pack. The Porsche engineers took the technology of the Mission R and gave the electric racer that wowed us last year the look of the Cayman. Like the production Taycan, the GT4 e-Performance is powered by two permanently excited synchronous machines (PSM) on the front and rear axles, which deliver a total output of 800 kW / 1,089 hp in qualifying trim. Divided into 420 kW / 571 hp at the rear axle and 380 kW / 517 hp at the front. And that with a weight of only around 1,550 kilograms – that is only 45 kilograms more than a Porsche 911 Carrera without a driver. At full power, the e-racer hits 200 km/h from a standing start in just 5.6 seconds. That’s absurdly fast. With the appropriate gear tuning, up to 340 km/h and a Nordschleife time of less than 6:45 minutes are possible. To ask?

Our ribs are happy that we were running with “only” 450 kW / 612 hp in the race set-up. The energy of the 80-kilowatt-hour battery is sufficient for 30 minutes. So exactly the distance of a Porsche Carrera Cup. It is charged with 900 volts. This means that the batteries can be filled from five to 80 percent in just 15 minutes. In order to achieve such fabulous times and to increase the endurance of the energy storage, the technicians also have to tune the battery cells to reduce their internal resistance. With so much power, the temperature is crucial. So the battery and the two electric motors get direct oil cooling developed by Porsche. In addition, thanks to the improved cooling circuit, the engineers were able to pull the wire winding of the electric motor even tighter, which improves efficiency.

After we’ve caught our breath again, we let Klaus Bachler explain the high-tech steering wheel to us, which with its many buttons and rotary levers comes pretty close to that of a Formula 1 racer. For the pilot, this Playstation means a lot of know-how. As with a pro racer, you can adjust the brake balance, communicate with the pits and, if necessary, use the headlight flasher to signal a stubborn competitor that you would like to overtake. The four paddle shifters are particularly exciting, given that the Porsche GT4 e-Performance doesn’t actually have a gearbox. The four carbon levers allow the rider to adjust each wheel’s torque vectoring for cornering: up for entry, down for exit. How the drivers deal with all these possibilities will provide additional excitement at the Porsche Carrera Cup from 2026.

Share
Facebook
Twitter
Pinterest
WhatsApp
Linkedin
ReddIt
Tumblr
Telegram
VK
Digg
LINE
Viber
Previous article
The S&P Merval climbs for the third day in a row and dollar bonds earn up to 6%
Next article
Cathy Hummels in Shitstorm: Why it’s not just her dealing with depression that’s difficult – and how it can be done better