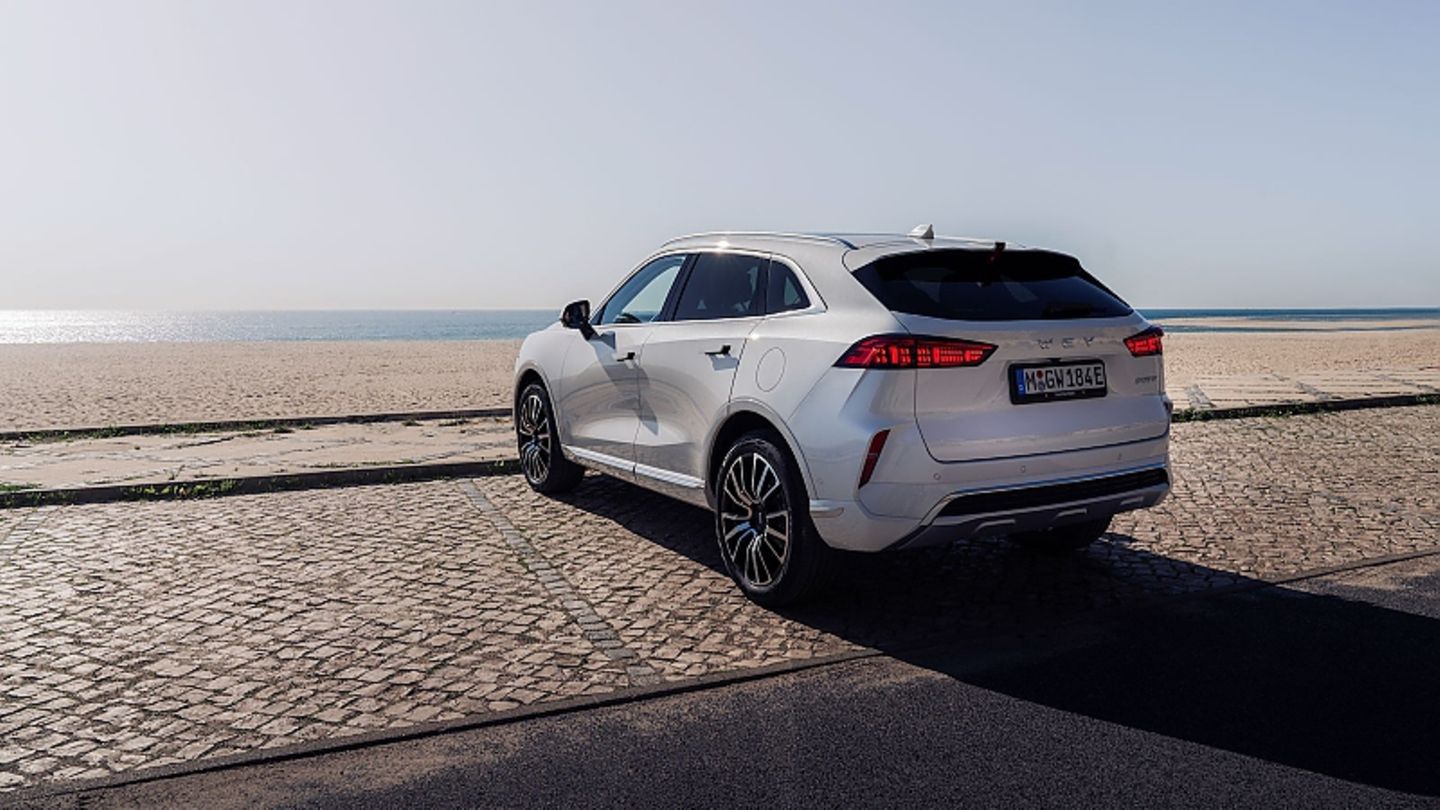 With WEY, another Chinese car manufacturer is now trying to enter the European market. The subsidiary brand of the Great Wall Group brings with it a lot of self-confidence.

When Chinese car manufacturers first tried to put a tire on the asphalt with their vehicles in the European market a good 15 years ago, it regularly ended in disaster. The Landwind SUV practically crumbled in the ADAC crash test, and the Brilliance cars proved to be potential death traps. Chinese cars quickly disappeared from European streets.

Now a handful of car manufacturers from China are trying again in some European markets. And show, like WEY with the Coffee 01, how much they have learned since then. The almost 4.9 meter long SUV scored top marks in the official NCAP crash test in September this year: five out of five stars are brilliant.

So it works with security. And otherwise? At least on the outside, the Coffee 01 comes with a modern, if not exciting new design. The huge, almost menacing radiator grille is framed by narrow headlights (laser light optional) and the rear with the pleasantly large loading flap could also come from any other manufacturer. Everything looks a bit plump, even the retractable door handles are streamlined integrated into the body. The Chinese do without the usual bling-bling, chrome is rarely found. With a length of 4,870 mm, a width of 1,960 mm and a height of 1,690 mm, the Coffee 01 still has an impressive appearance.

Different inside. The designers went to work with significantly more creativity and used the computing power of the Qualcomm Snapdragon 8155 chip. The digital instrument cluster in front of the driver is pleasantly small and clear, and a standard head-up display also provides the most important information. Navigation, infotainment and vehicle settings are primarily controlled via an iPad-sized display, with another display below controlling the air conditioning settings.

This is only practical to a limited extent – because many things that you want to reset on the go can only be accessed via various submenus. Nice gag: The camera for monitoring the driver integrated into the A-pillar then immediately starts to tell you that you should concentrate on the road. The switches on the steering wheel also take some getting used to: no “real” buttons, but touch-sensitive pressure points. There is plenty of space, even in the second row, the thickly padded seats are comfortable and convey a club atmosphere. At 400 liters, the trunk, which is shamefully suppressed in the technical data sheet, is not necessarily one of the largest in its class. But there is no loading sill. The backrest of the rear seat can be folded down in a 40:20:40 split. The maximum trailer load is 2,000 kilograms.

Once you get used to the precise but extremely light steering, the Coffee 01 is a pleasant and relaxed touring car. The suspension is comfortable, cornering and straight-line stability without any problems. Two electric motors and one 2-liter petrol engine provide the plug-in hybrid with plenty of power: a 135 kW electric motor (184 hp) is on the rear axle and a 120 kW electric motor (135 hp) on the front axle, the 2, The 0-litre four-cylinder turbo engine delivers 204 hp / 150 kW and has Miller cycle valve timing to increase efficiency. A total of 476 hp / 350 kW and 847 Nm maximum torque ensure plenty of forward thrust. If you step on the gas pedal, you can enjoy the acceleration typical of electric cars: the 2.3-tonner flies from zero to 100 km/h in five seconds, and the top speed is 235 km/h (note where permitted by law). the Chinese in the data sheet). The batteries installed in the vehicle floor have a capacity of 39.67 kWh and can be charged to 80 percent within 53 minutes at the fast charging station. That is enough for a purely electric range of 146 kilometers for the all-wheel drive vehicle, the total range is 800 kilometers. Consumption according to the WLTP standard: 0.4 liters per 100 kilometers, which corresponds to CO2 emissions of 12 grams per kilometer.

Before the Coffee 01 hits the streets in Germany from January 2024, the engineers still have to fix a whole list of small but annoying errors. Some of the pre-series models that you could try out on a 400-kilometer route around Lisbon in rainy weather, for example, reminded you of the good old VW Beetle from 50 years ago: the inside of the windscreen fogged up every 15 minutes. At that time there were plenty of speed handkerchiefs on board for wiping, with coffee it is enough to let the window ventilation run again and again. The indicator is also annoying – it only resets itself after turning in the rarest of cases. And since it has no pressure points, there was often enough wild blinking back and forth when trying to switch it off manually. The otherwise excellent navigation display is no less annoying: in every roundabout, the 360-degree camera view superimposed the map display and the guesswork began as to which exit was the right one. Enough to do before series production.

The prices that WEY calls show quickly that the subsidiary brand of the Great Wall Group does not want to succeed in the low-cost sector of the European market, as the Korean or Japanese car manufacturers initially did. 55,900 euros for the basic version, which is already well-equipped with modern assistance systems, and 59,900 euros for the premium version are certainly evidence of self-confidence.