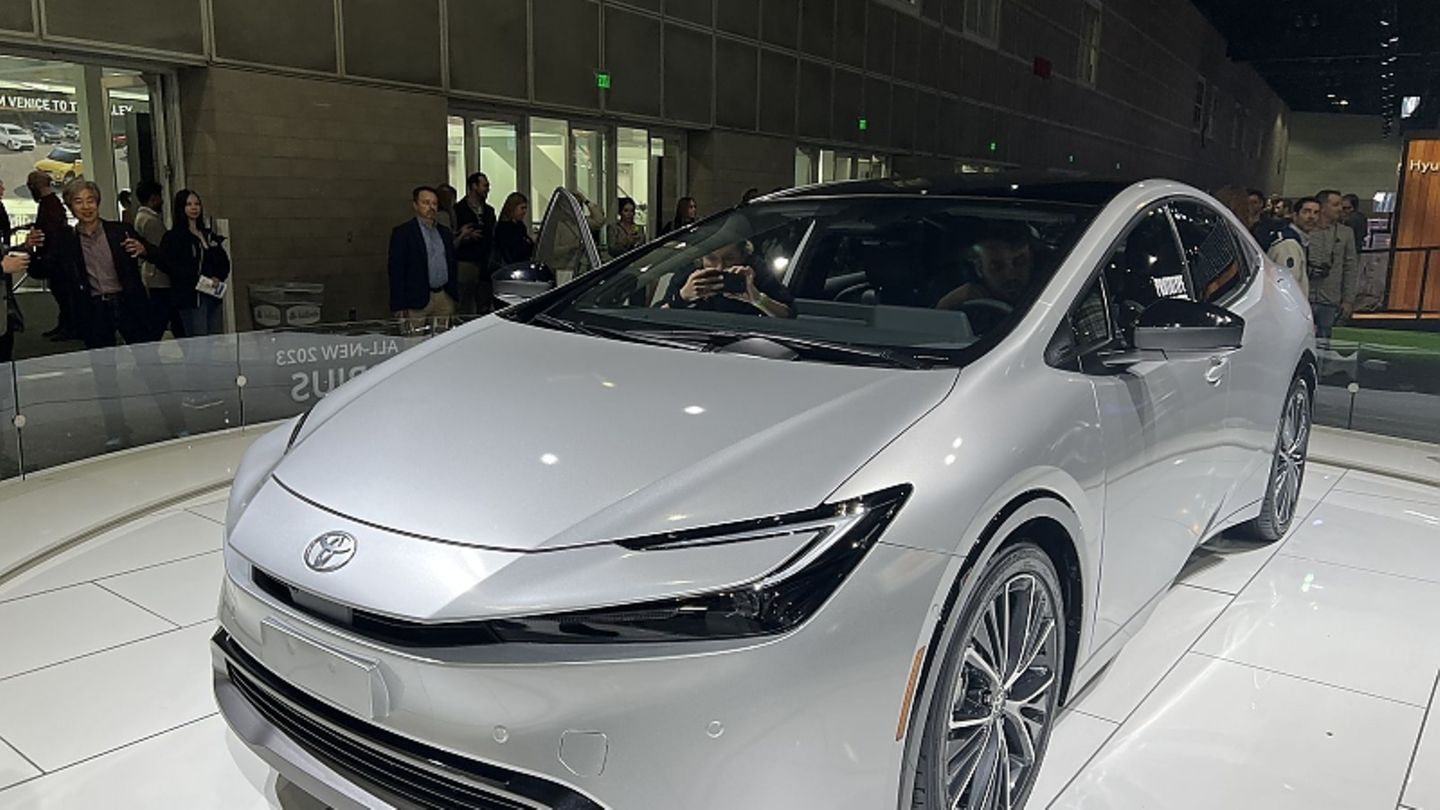 The Los Angeles bravely defends itself against the swan songs of the classic trade fair concept. When it comes to the rendezvous on the west coast metropolis, electric vehicles are becoming increasingly important. But the USA wouldn’t be the USA if models with internal combustion engines didn’t also make their appearance.

Motor shows are no longer as important as they once were. The charming Geneva Motor Show is just getting rid of itself and the IAA is trying to keep its head above water with contemporary concepts in Munich. The New York Motor Show is just a shadow of its former self and many have already sung the requiem for the Los Angeles Auto Show. Premature. Because the meeting on the US west coast is persistent and this year again contains one or the other novelty for real car guys.

California is too important as a market, the clientele too affluent. For Porsche, the West is practically a second home and the US boys want to be kept happy. What is better for this than the rebirth of the legendary Porsche 911 Dakar. “With this car, we are making our customers’ dreams come true,” says Porsche boss Oliver Blume. But the electric fraction also gets its due at the Porsche stand. The consumption-optimized Taycan is ready, while a monster truck almost crushes a Porsche Stromer in front of the entrance to the exhibition building. If you want, you can also equip the dynamic streamer with a roof tent.

The two opposites are also reflected in the manufacturers who have found their way into the Los Angeles Convention Center. Even if the USA is still the country of pick-up trucks and SUVs, electromobility is clearly on the rise here too. In the foyer, a 1915 Detroit Electric Model 81 Brougham greets visitors. 10 hp, range: 80 miles (129 km), top speed: around 20 mph (32 km/h). Today, of course, it goes a bit further and faster.

Speaking of fast. The all-electric Dodge Charger Daytona SRT is set to shake up the muscle car world from 2024 with more than 800 hp. Fast, but not fast enough to keep up with the V8 hybrid Libelle Czinger 21C, which was again surrounded by a few fans. The hypercar, in which the driver and passenger sit one behind the other, weighs just 1,250 kilograms, has a similar amount of horsepower and can reach speeds of up to 452 km/h. These are Bugatti dimensions.

The new Toyota Prius PHEV with 164 kW / 223 hp is around the corner a little less powerful, but for the Japanese part-time electric vehicle this is a significant leap in performance compared to its predecessor. The same applies to the battery, which in the fifth generation had 8.8 kilowatt hours, which was enough for a maximum of 50 kilometers. Now Toyota is upgrading the fifth generation with a capacity that has increased from 8.8 kilowatt hours to 13.6 kWh. Especially in terms of design, the Japanese is much more handsome than before. So the Prius also has a good chance of snatching market share from VW in Germany.

If you want to present a convertible, then in sunny California. After Polestar, Genesis is also pulling the hood off the body of an electric car and, with the Genesis X Convertible, has rolled out the third electric design study from the Korean premium brand in the western United States. First and foremost, the Korean carmaker gives an outlook on new electric vehicles and the new design language “Athletic Elegance”. The fact that two car manufacturers are now presenting Stromer as topless models is a glimmer of hope in the e-SUV all sorts.

VW tries to attract attention with a large stand, but is clearly outperformed by Hyundai, who have the Ioniq6 and the N Vision 74 in their luggage, and Toyota. The popular ID.Buzz also draws attention to itself in the west coast metropolis. Just a few meters away, VinFast followed its words with deeds and wants to impress the audience with the VinFast 6. For Subaru, the new Impreza is an important car. 30 years ago, the sixth generation of the Japanese compact car celebrated its premiere at the Los Angeles Auto Show. The new model also comes with a new infotainment system with an 11.6-inch screen.

Produced in Italy, the Dodge Hornet is the twin brother of the Alfa Romeo Tonale. That’s why we had our doubts as to whether the addition GLH (Goes like Hell / Geht wie der Hölle) really applied. However, the four-cylinder turbo engine is said to deliver more than 194 kW / 265 hp. In addition, there is a tighter sports suspension that lets the body race lower over the asphalt.

Americans don’t take the butter off their bread that easily. Ford trumps with the Mustang 7, a gentleman driver athlete who is at home on the racetrack with 367 KW / 500 hp. On request with a six-speed manual transmission. Otherwise, Americans are smart enough to stick to their ledges. Pickups like the F150 are still the money makers. Sportiness is still popular on the Pacific. While Nissan is putting a lot of spotlight on the Ariya, the Nissan Z GT4 stands aside. With 333 kW / 450 hp, the compact athlete is a serious opponent.