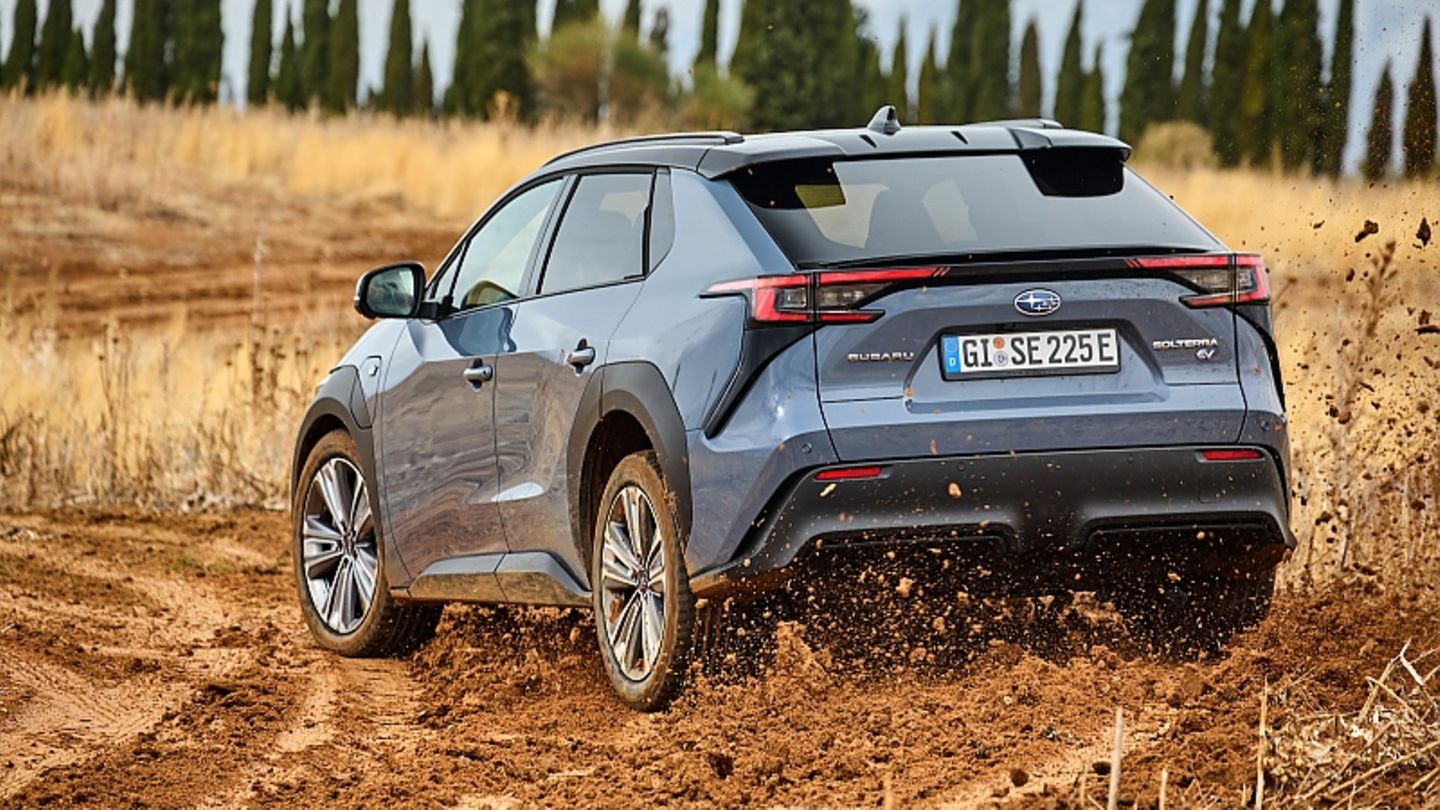 Subaru is also entering the electric age with immediate effect. The Japanese use the cooperation with the car giant Toyota, whose bZ4x offers a slightly different character as Subaru Solterra.

Subaru has been associated with Toyota for years. The large corporation holds 20 percent of Subaru and so the two very different Japanese car brands have already put a sports car like the GT86 / GR86 and the BRZ on the road together. With the first electric model, Toyota primarily took care of the electric drive package in addition to the e-TNGA platform, and the junior partner contributed the all-wheel drive. Visually, the two brothers hardly differ from each other apart from details on the headlights and radiator grille.

The long wheelbase of 2.85 meters contributes significantly to a spacious interior, which is particularly noticeable in the rear, where the generous width just benefits any middle passenger, who will appreciate that there is no transmission tunnel in the floor. At 452 liters, the luggage compartment volume is significantly smaller than in many crossovers with combustion engines, which in this segment can accommodate up to 600 liters in the loading compartment. With a few simple steps, however, the volume can be significantly increased by folding down the back seat. The large panoramic roof floods the interior with light and, according to the Japanese engineers, can capture energy that can generate a range of up to 1800 km a year in sunnier countries. At the front, the Subaru Solterra is dominated by a seven-inch instrument cluster and a 12.3-inch touchscreen for the central controls.

The concept of the dashboard with multiple viewing angles requires the driver to repeatedly focus his or her gaze while driving. The material impression with mediocre surfaces, which should simply be better in the 60,000 euro segment, is not convincing. A rotary knob on the wide center console controls the driving program, to the right of which is the switch for the Eco, Normal and Sport driving modes. The maximum speed of 160 km/h, which is limited early, is not influenced by the driving program, only the throttle response. The standard consumption of the efficient Subaru Solterra: 16.1 kWh per 100 kilometers, which corresponds to a range of 466 kilometers. The maximum charging power is manageable at 150 kilowatts and a second battery size is not offered either – 71.4 kWh must be enough.

Unlike the Toyota bz4z, the 4.69 meter long Solterra is obligatory with all-wheel drive and has paddle shifters on the steering wheel to control the degree of energy recovery when braking in four stages. The driver can also switch to one-pedal mode at the push of a button. Solterra Chief Engineer Daisuke One explains that “Subaru is targeting a customer with a preference for sporty driving, and as such there are multiple stages of regeneration, sportier rear suspension and slightly heavier steering than the Toyota.”

Behind the wheel, the Solterra, which costs at least 57,490 euros, proves to be a decidedly comfortable cruiser that benefits from its low center of gravity and a powerful drive. However, power outbursts should not be expected from the 80 kW / 109 hp electric motors on the front and rear axles, and the 336 Nm maximum torque is also rather manageable for an electric crossover in this class that weighs more than two tons. The feedback from the steering with its small diameter is good and even when driving briskly, the rolling movements of the body are pleasantly contained. The feedback from the brake pedal gets good marks compared to other electric models. And if need be, the Solterra stays true to the tradition that a Subaru can’t just shine on paved roads. It overcomes steep inclines and declines and, thanks to its rigid body, even masters situations in which one or two wheels lose contact with the ground. The finely dosed hill descent control helps forwards and backwards.

Turbo engine for the next pickup