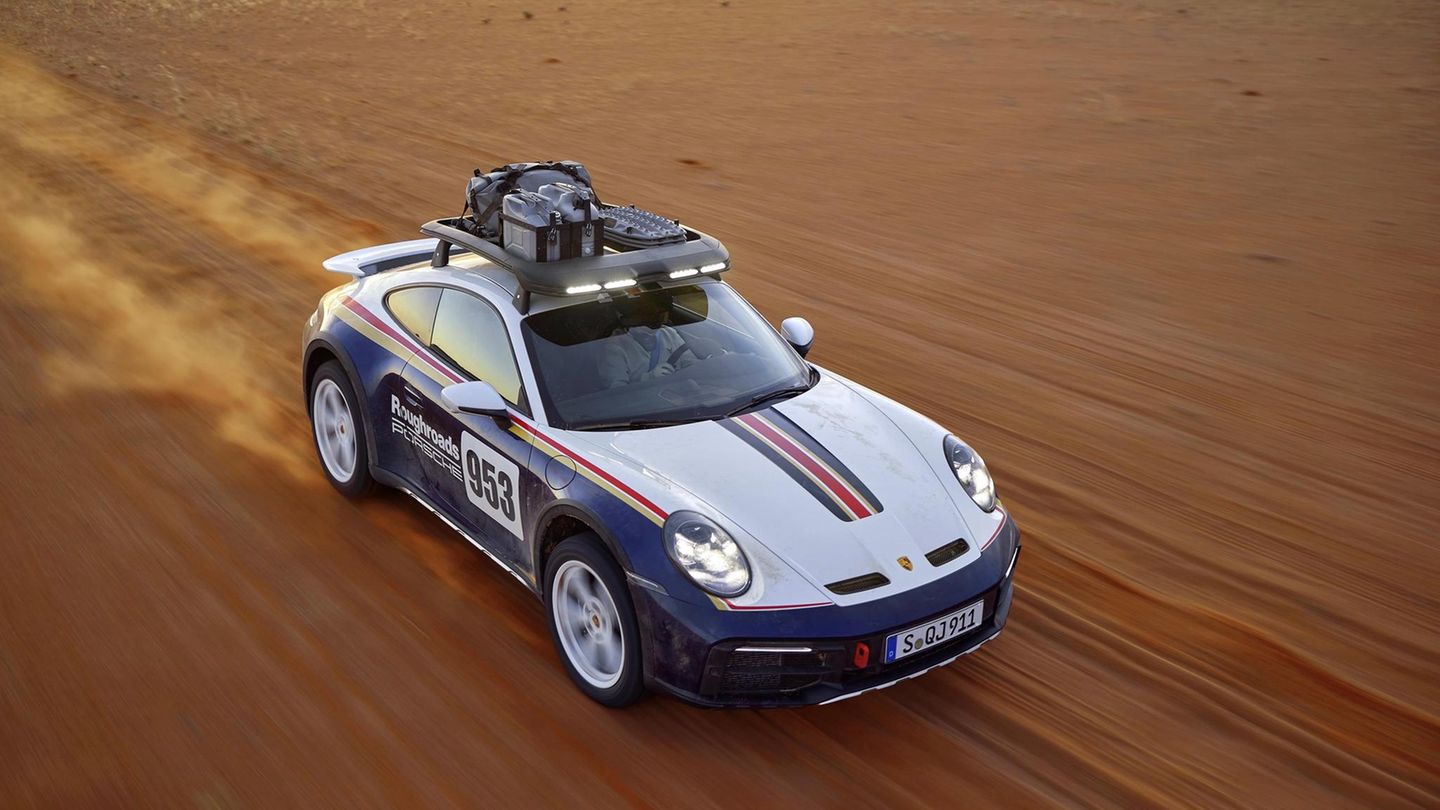 2500 copies, from 248,000 euros: This is a car of extremes. Porsche surprisingly presented the special model of the current 911 at the Los Angeles Auto Show, making the hearts of off-road enthusiasts and friends of rallying beat faster.

A Porsche – nevertheless highly suitable for off-road use

The vehicle is based on the winner of the 1984 Paris-Dakar Rally, which was the first to use an all-wheel drive system that was not ready for series production, making it the first Porsche 911 with all-wheel drive. But unlike the rally models from the 1980s, the new Porsche 911 Dakar is actually available in stores – albeit not often.

In contrast to a conventional Porsche 911, the Dakar model offers skid plates, protective metal grilles on the air intakes and plastic extensions. The rear also comes with an underride guard, especially to protect the exhaust system from damage.

Rims and tires are also reserved for the Dakar model. Porsche relies on a design that is strongly reminiscent of the legendary Fuchsfelge and puts the 911 on Pirelli Scorpion All Terrain Plus off-road tires.

The chassis is equipped with a lift system that can raise the Dakar by up to 30 millimeters. Since the car is already five centimeters higher than a production model, the Dakar has a ground clearance of 19 centimetres, which according to Porsche is in no way inferior to an SUV. Driving at the maximum height is possible at up to 170 kilometers per hour, above which the vehicle lowers itself automatically.

When it comes to the engine, Porsche relies on a unit with three liters and 480 hp. The vehicle comes standard with an 8-speed dual-clutch transmission and sprints from 0 to 100 km/h in 3.5 seconds. The top speed is limited to 240 km/h due to the tires.

Anyone who takes it to the extreme ends up at around 265,000 euros. However, no part of the accessories, i.e. roof tent or roof basket with their contents, is included in the price.