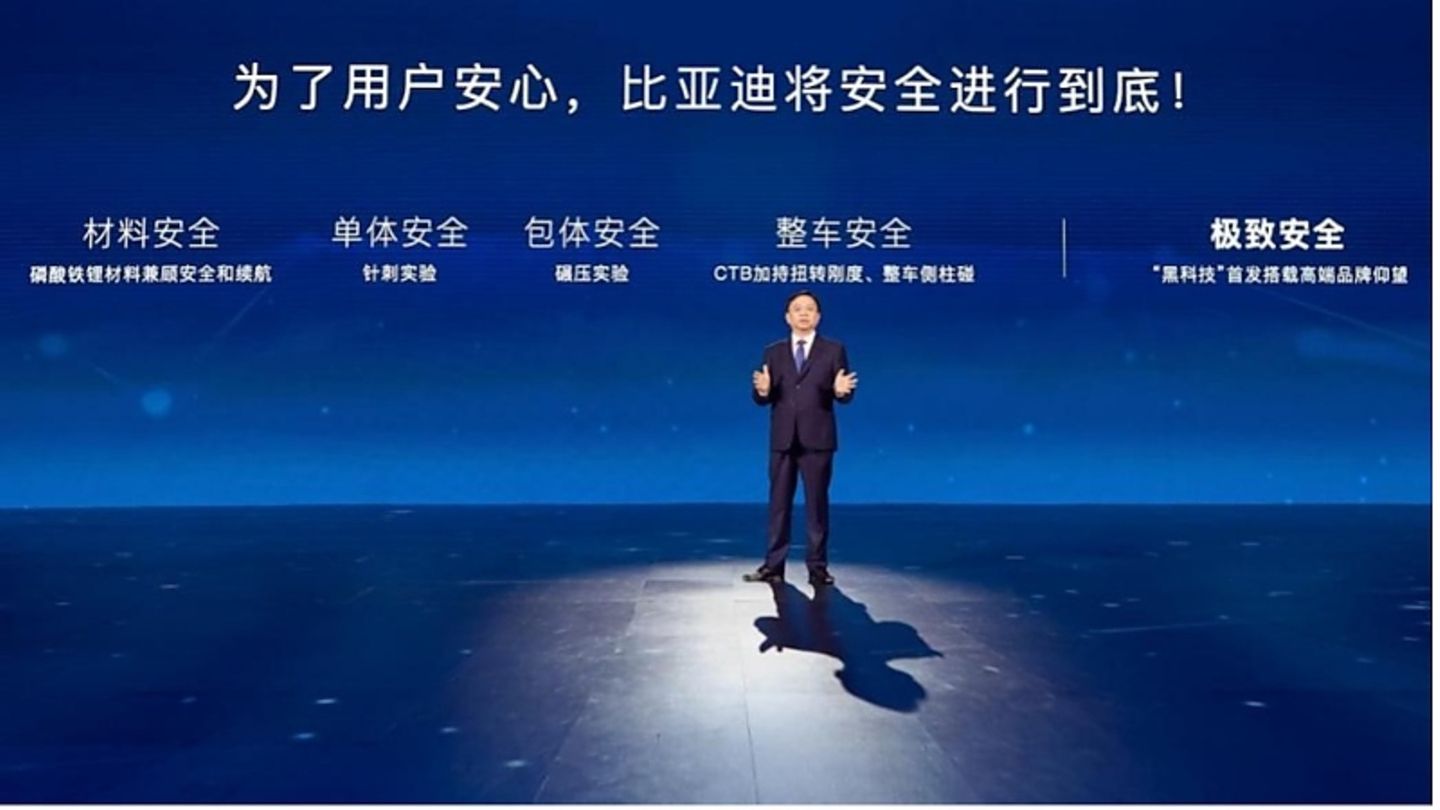 The Chinese car manufacturers are not only going full throttle on their home market. Build your Dreams – BYD for short – is expanding its portfolio with a new premium brand in order to be able to offer a new spearhead, especially against the European premium brands.

This success story is more than impressive: it took the Chinese car manufacturer BYD an impressive 13 years to go from the first to the one millionth electric model. The next million electrified cars needed just a year and the step from two to three million was completed in just six months. Wang Chuanfu, Chairman and President of BYD: “I hope that everyone can support sustainable mobility to help cool the earth by one degree Celsius and show the world our strength.” In order to position itself even more broadly, the carmaker created headquartered in Shenzhen launched a new label. The well-known brand quartet of Dynasty, Ocean, Denza and Yangwang will be expanded to include a new premium logo from 2023.

But not only a new brand should continue the success story of BYD. In recent years, the Chinese car manufacturer has expanded its sales areas to include regions on six continents in countries such as Norway, Germany, Japan, Thailand and Brazil. It shouldn’t stay that way. New electric vehicles are not only to be launched on other international markets, but also to be produced there. However, Build Your Dreams is particularly proud of its sales in the domestic market. Despite the recurring production problems caused by the ongoing pandemic, the carmaker was able to expand its market share compared to other competitors – including Tesla with its local production in Shanghai.

Wang Chuanfu also announced that BYD will introduce new breakthrough technology to further improve the security system, alongside the existing raw material, battery cell, battery and vehicle supply system. “We’ve made it our mission to reassure our customers about security, and we’ll never stop doing that,” said Wang Chuanfu. What makes BYD so successful is a vertical merger of different technologies that other companies don’t necessarily combine into one At hand: batteries, motors, electronic control and chips. At the end of 2021, BYD employed more than 40,000 engineers and technicians. As of June 2022, the company had registered more than 37,000 patents and held more than 25,000 patents. BYD partnerships are certainly welcome. Since 2010 one cooperates with Daimler New Technology, in the current vehicles brakes are installed, which come from Brembo and Bosch.

BYD also wants to offer the first electric vehicles in Germany from next year. A dealer/workshop network is currently being set up, for which the carmaker is still looking for partners. Unlike other manufacturers, BYD builds on conventional dealer structures. They want to cooperate with established wholesalers and retailers throughout Europe. In the first phase, there will be strategic partnerships with companies such as Louwman (Netherlands), Hedin Mobility Group (Sweden and Germany), Nic. Christiansen Group (Denmark), RSA (Norway) and Shlomo Motors (Israel). The focus of the initial phase is the Benelux countries and the Nordic markets. Three cars are to make the start in Europe. At least in the test market Norway, the seven-seat and almost five-meter-long SUV Tang has been on the road since August 2021. According to BYD, the all-wheel drive vehicle has a range of around 400 kilometers. In addition, there is the Han family sedan in the E segment. Whereby: family car is relative – the Han is supposed to sprint from zero to 100 km/h in 3.9 seconds, the output is 380 kW / 516 hp. The trio is completed by the C-segment SUV ATTO 3.