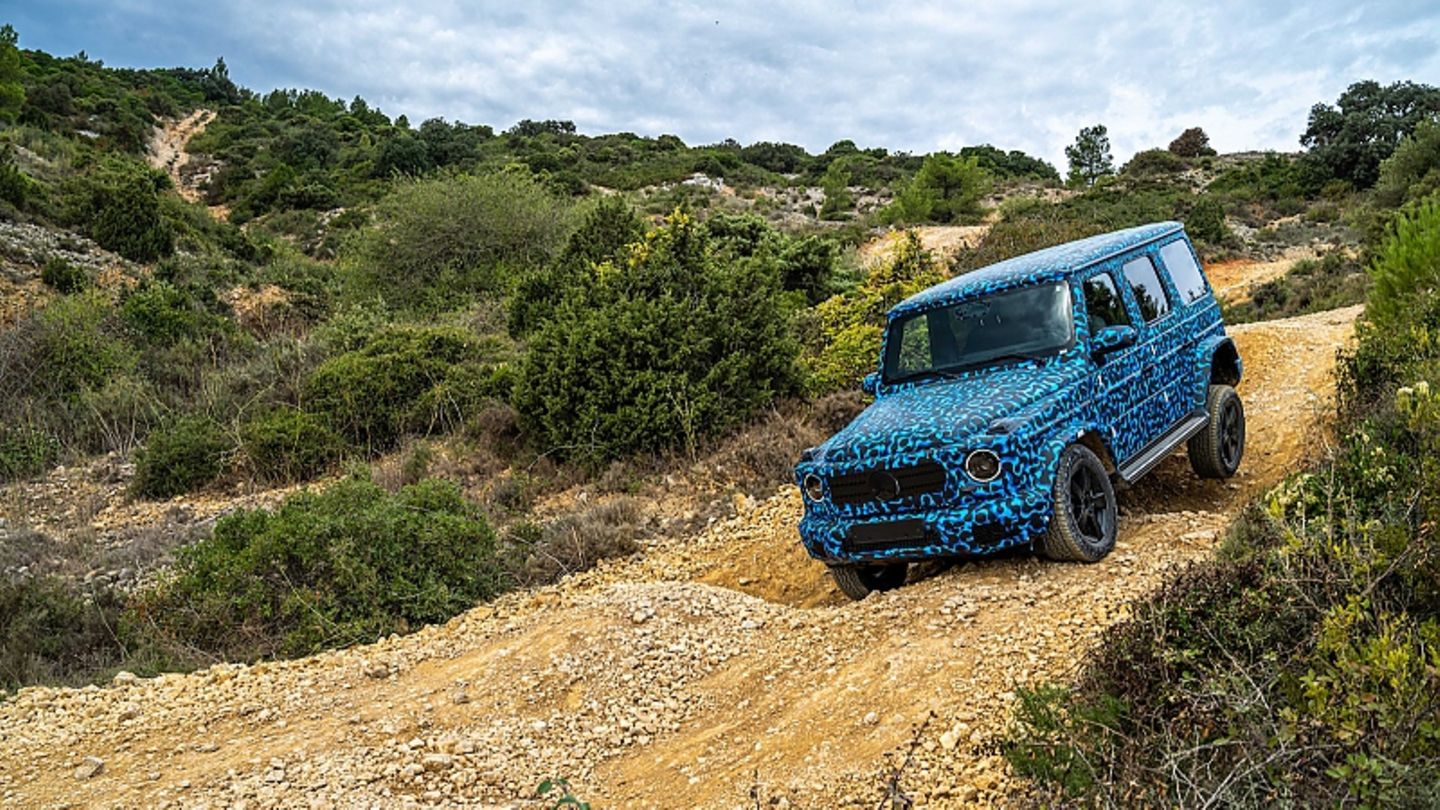 An off-roader that is as angular as it is expensive is the ultimate success model for Mercedes and has been available for over 40 years. At the end of 2024, the G-Class will get a purely electric version. We’ve already been off-road in a prototype.

Mercedes has been building the G-Class since 1979. And since then it has been the benchmark for comfortable progress on the road, but above all in even rough terrain. While other model series have appeared and disappeared under the star in the more than 40 years since the start of production, the G-Class is still there. Around 450,000 units have been built to date. The G-Class is currently sold out until the end of 2024 and there is an order freeze. After all, the all-electric version will be available in two years.

It is still being tested around the world with a few prototypes wrapped in camouflage foil. But a first ride on an off-road area near Barcelona at least gives an idea of ​​what is slowly taking shape. At least the angular shape of the off-roader will probably not change much. A closed front instead of a radiator grille that has become superfluous, probably, plus revised headlights. Not too many changes inside either. In any case, the largely covered dashboard of the prototypes seems to be similar to that of the current G-Class

There is no longer a combustion engine under the bonnet – so there would actually be enough additional storage space. But since the engineers preferred to accommodate electronics and electrical lines – such a “high sill” is not expected of anyone anyway.

But purely electric off-road? does that fit? That actually fits very well, as the prototype already shows. Because the Stromer is actually ideally designed for rough off-road use. It starts with the lithium-ion batteries. They are integrated into the robust ladder frame made of steel up to 3.4 mm thick. This not only makes the body significantly more torsion-resistant, it also ensures a low center of gravity. Even at extreme angles of inclination, the G-Class stays on the ground.

In order to protect the batteries, which come from the group shelf and are also installed in the other electric Mercedes models, the developers have developed extra robust underbody covers made of an extremely resistant material. Our prototype landed hard on rock and stone half a dozen times – undamaged.

The design with four individually controllable electric motors near the wheels is also helpful off-road. In this way, slip can be finely and individually balanced electronically depending on the surface. In addition, the maximum torque – typical for an electric car – is available practically from the first revolution. At Mercedes at this early stage of development, one can say just as little about the performance values ​​themselves – horsepower and torque – as about the driving performance. In any case, the electric G-Class works its way up inexorably, even on extremely steep and slippery surfaces – the climbing ability is up to 100 percent. An off-road reduction can be achieved via a switchable gearbox and the off-roader can be brought into a “low range mode” intended especially for rough work.

As a small side effect, the use of four motors for four wheels also ensures significantly more precise and tighter cornering. Since each wheel can be controlled independently, its rotation can be used for steering. At least in the case of the prototype, this goes so far that it can turn on the spot – turning circle = vehicle length. This is achieved in principle like a tank: two wheels turn forwards, the other two backwards. One press of the corresponding button on the steering wheel – and the paddles on the steering wheel control the direction in which the carousel ride goes and for how long.

Thanks to an electronic lock, this currently works purely off-road and on sandy surfaces – the forces acting on the tires and mechanics would be too strong on asphalt. However, it remains to be seen whether the “carousel” will later also be installed in the production version.