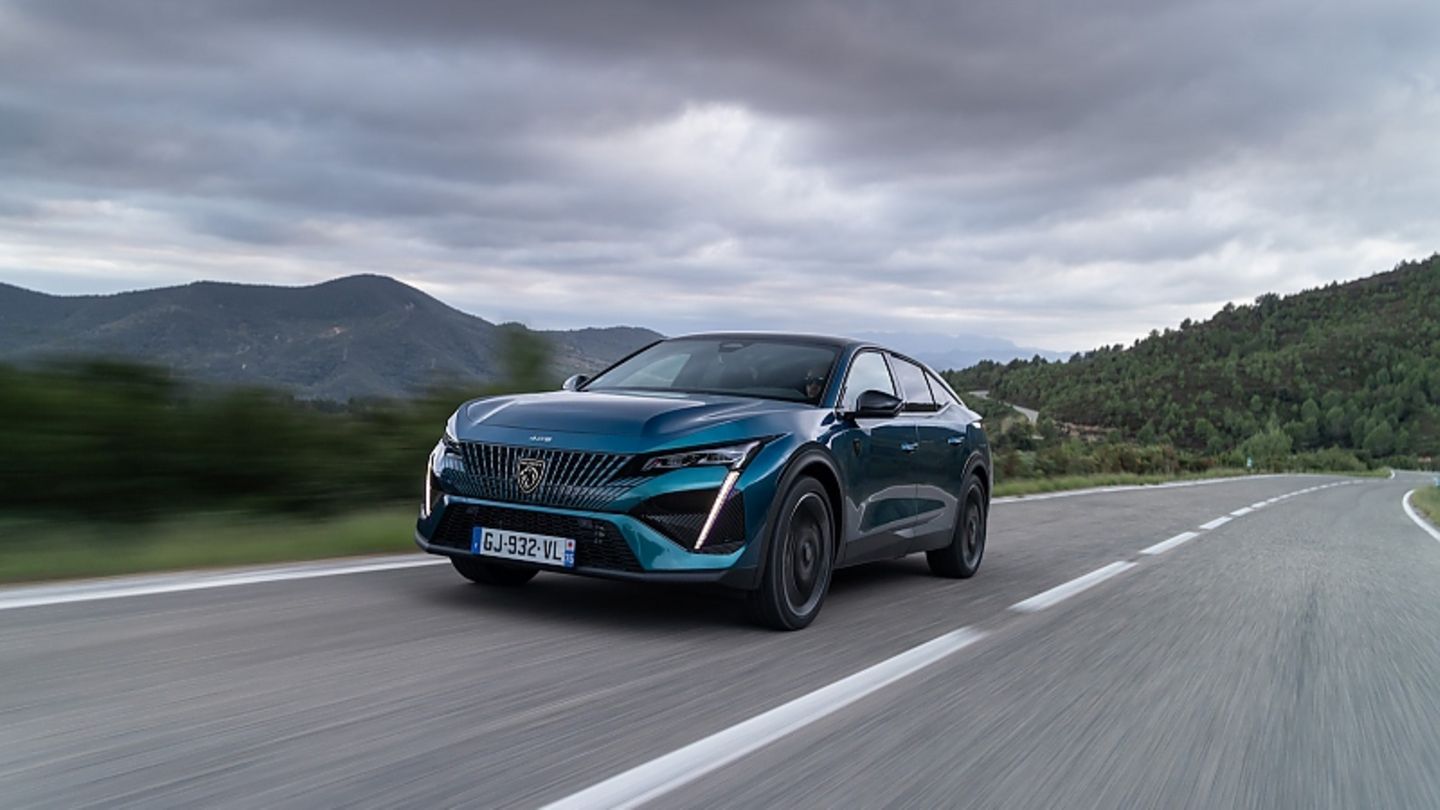 Peugeot wants to win new customers and this should succeed in particular with the SUV coupe 408, which plays with premium attributes but is technically closely related to the Citroen C5 X. The hybrid balancing act is difficult, but worth seeing.

Belatedly, the crossovers have also taken over the scepter at Peugeot. The best example is the 408, which is based on the flexible EMP2 platform, which gives most Stellantis models a comfortable home. Although the wheelbase is identical to that of the Citroen brother C5 X at 2.79 meters, Peugeot wanted to give the 408 a sportier look and therefore shortened the overall length by about twelve centimeters to 4.69 meters, while the width by more than three centimeters growth. The engine range of the Peugeot 408 is identical to that of the C5 X and here too the diesel engine has been dropped. In view of the vehicle class and design, the 1.2-liter three-cylinder turbo as the basic variant with its slim 130 hp has no place in the chic SUV coupe, so interested parties can openly turn to the two plug-in hybrids with 180 and 225 hp , in which a 1.6 liter four-cylinder turbo (150 or 180 hp) is supported by an 81 kW / 110 hp electric motor.

Stellantis still does not offer the sporty Peugeot 408 PHEV with at least an optional all-wheel drive and therefore falls short compared to the competition. Only the eight-speed automatic transmission is mandatory and plug-in fans can look forward to an electric version at the end of 2023. The 12.4 kWh lithium-ion battery of the plug-in hybrid should enable an all-electric range of 62 kilometers and if desired, the front-wheel drive vehicle can roll electrically at up to 135 km/h. The onboard charger is 3.7kW and the customer can opt for a 7.4kW charger (both single phase) at extra cost. The total charging times of the battery vary between almost two and more than seven hours, depending on the current.

Inside we find the i-Cockpit configuration, as well-known as it is polarizing, with a Liliput steering wheel whose upper part of the steering wheel rim lies under the instruments, so that it assumes a kind of head-up display function. The Citroen C5 X has a proper head-up display that does its job better. The ten-inch digital instrument panel can be designed individually and has different display modes for navigation, media, assistance systems and energy flow. The interior space is generous, even if three adult occupants rub shoulders in the back because the middle seat is quite narrow. There are fewer restrictions on legroom and as far as headroom is concerned, even passengers up to almost 1.90 meters will not feel any major restrictions. Thicker windscreens than usual Peugeot have been used for acoustic insulation and the top versions benefit from double glazing on the front windows, which pleasantly reduces tire and engine noise. The trunk offers a capacity of 471 to 1,545 liters on the PHEV and can transport items up to 1.89 meters long when the rear seat backs are folded asymmetrically or completely.

“At Peugeot, we believe that life gets better when you give it a little speed. With its unique look, innovative fastback silhouette and elegance, the new Peugeot 408 is an expression of Peugeot’s brand philosophy and inventiveness,” says brand CEO Linda Jackson, “the new Peugeot 408 is unexpected in every way and was designed for car lovers who break away from the traditional and are looking for responsible driving pleasure.” The powerful rear fenders in particular point to a powerful version with rear-wheel or all-wheel drive, but the Peugeot 408 has nothing to offer here, because well-known units from the group shelf provide the drive . The weaker version is a 1.6 liter four-cylinder turbo petrol engine that delivers 132 kW / 180 hp thanks to an additional electric motor on the front axle. The more powerful version with a similar drive package also does without all-wheel drive and delivers – at least 51,050 euros expensive – at least 165 kW / 225 hp, which ensures good, but not sporty driving performance. From a standing start, it accelerates to 100 km/h in 7.9 seconds and the Frenchman reaches a maximum of 233 km/h. The brakes work very progressively and respond quickly to pedal pressure, as befits a PHEV.

One of the biggest surprises of the 1.8 ton Peugeot 408 Hybrid 225 is its road holding. The interplay of stability and comfort is excellent. Despite the stately 20-inch model with 245/40 tires, there are hardly any bumps in the interior or excessive rolling movements in fast corners. The small steering wheel makes driving comfortable and so the steering feels very direct and precise. Part of the PHEV-408’s dynamic balance has to do with the more even weight distribution between the front and rear axles: 57:43 compared to 60:40 for the petrol-only version, which however feels significantly lighter, weighing a whopping 300 kilos less brings the scales. The balanced eight-speed automatic also makes a good impression. On the one hand, the driver can be annoyed that many of the instructions he gives via the steering wheel paddles are ignored, because most of the time the automatic gearbox reacts according to the vehicle’s position on the road; on the other hand, the automatic works excellently in sport mode. It shifts effortlessly from fifth to second gear when needed to get through corners briskly, and shifts up gears just as quickly when needed. No question: Peugeot missed such an emotional SUV coupe.