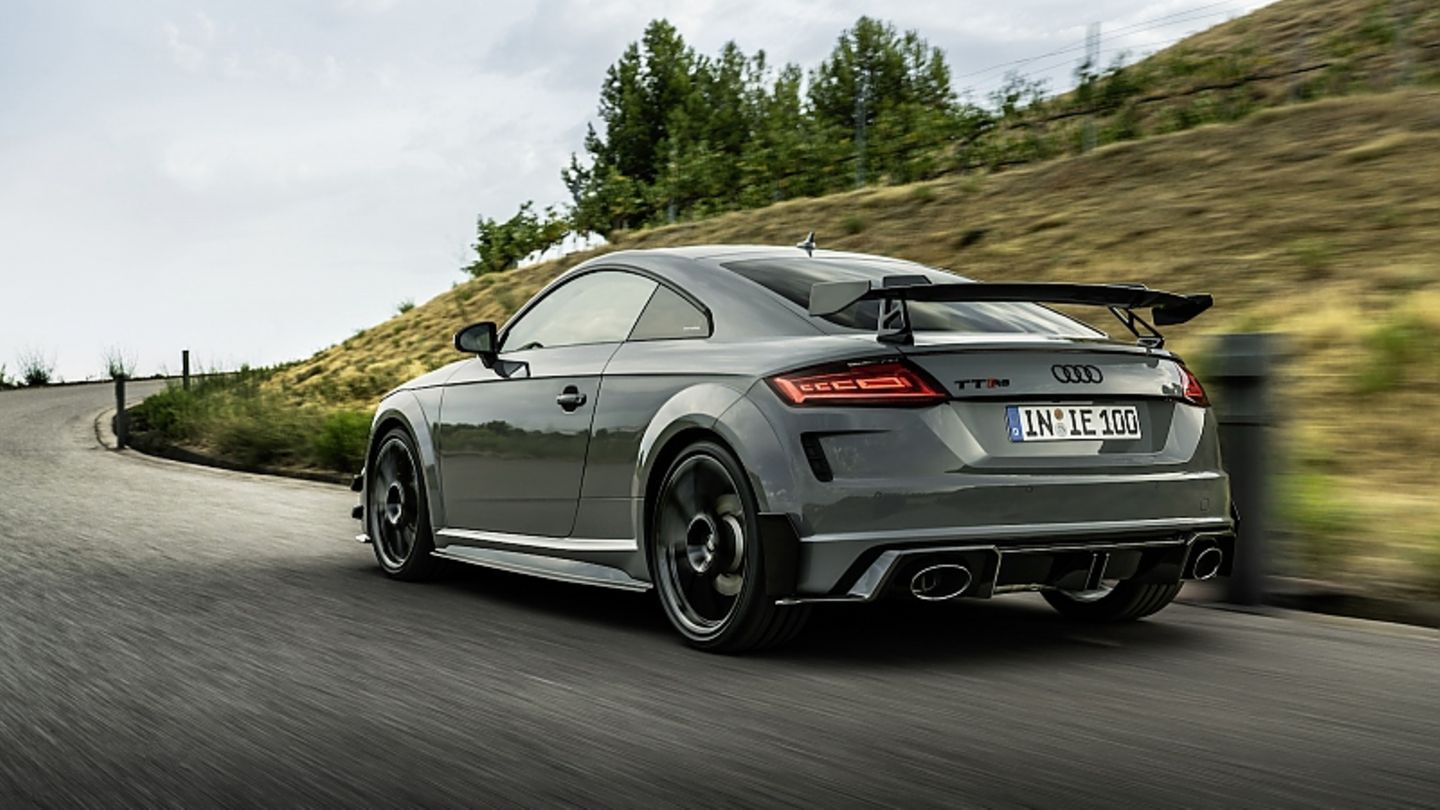 It is the last of its kind – the Audi TT is phased out and said goodbye with a roaring staccato in the form of the RS Iconic Edition. Strictly limited – to just 100 pieces.

In 1998, Audi surprised the automotive world by giving the go-ahead for series production of a concept car with bold lines that had made its spectacular debut at the Frankfurt Motor Show three years earlier. Audi chief designer Marc Lichte explains that “the TT was inspired by the stylistic principles of the Bauhaus, which says that less is more; in this case with the elimination of everything that is superfluous. That’s how the car became an icon.” 25 years later, the Ingolstadt-based carmaker put the crown on this iconic sports car – in a strictly limited RS special series of 100 units as a homage to the introduction of the TT 25 years ago.

All 100 vehicles are painted Nardo Gray, a nod to the test track where most RS models with the four freshly revised rings complete their initial dynamic validation tests. A glossy, matte black contrasting color is found on 20-inch seven-spoke wheels and matching black brake calipers. Front splitters, powerful oval tailpipes and fixed carbon fiber rear spoilers do the rest. The same dark tone dominates the interior, starting with two-tone leather seats and all sorts of Alcantara with calendula yellow stitching, which is also used on the steering wheel rim and in the “iconic edition” lettering.

The supercharged five-cylinder aluminum engine in the Audi TT RS features a hollow crankshaft, friction-reducing measures, a magnesium upper crankcase and pistons with oil-cooling ducts. One of the powerplant’s distinctive features remains the cylinder firing order – 1-2-4-5-3 – every 144 degrees, a sequence in which firing alternates directly between adjacent and distant cylinders. Of interest to fans of sports cars, because the 294 kW / 400 hp / 480 Nm powerful five-cylinder beguiles with a unique sound and almost inimitable frequencies. Also impressive is the long torque plateau from 1,700 to 5,850 rpm, in which the maximum power can be called up. At high loads, the exhaust valves open willingly and fill the eardrums of outsiders and occupants alike. In the sportiest driving mode, with every gear change, especially when downshifting, there is a delicious bang, as if the exhaust pipes were sucking stones out of the asphalt when driving through it.

The only transmission option is the automatic seven-speed dual-clutch transmission, which has shorter first gears for powerful acceleration, while the longer seventh gear is designed to improve fuel economy. The driver can operate the gears manually or have them controlled automatically – which in S mode delays upshifts and anticipates downshifts. To ensure that the beefy, thumping engine power is banished to the ground in a species-appropriate manner, there is no central differential, but the connection between the front and rear wheels is via a Haldex multi-plate clutch, which is installed between the cardan shaft and the rear axle differential, for which the TT RS uses stiffer materials than the the less powerful models of the TT family. The all-wheel drive system is integrated into the Drive Select system with the driving programs Comfort, Auto, Dynamic and Individual, which also intervene in the engine, transmission, steering and exhaust. The chassis suspension uses shock absorbers containing a hydrocarbon liquid with microscopic coatings that use a magnetic field to vary the damping laws depending on the selected driving program. Between the spokes of the 20-inch wheels we see eight-piston calipers with the RS logos pressing on the carbon-ceramic discs.

In a sports car like the 4.19 meter long TT RS, in which all ten fingers and palms are often used, the two satellite controls on the steering wheel are always useful and the digital instrumentation allows the driver to concentrate on the most important information. A firm press of the red starter button wakes up the five-cylinder, which protests with a sullen roar even in the quieter exhaust mode. Before we take a lap at the Monteblanco circuit near Seville, we try out the launch control: a button engages the system, left foot on the brake, right foot accelerates at full speed and the tachometer pointer stays at 3500 rpm stand. Now let go of the brake pedal and… ahhhhhhhhh… If you want, you can accelerate to 280 km/h.

But even without the largely pointless launch control, the Audi TT RS’s acceleration feels staggering, especially between 2,200 and 7,000 rpm, as the engine with the valves open produces a shameless hodgepodge of wild noises that capture the attention of every passer-by. On the race track, the Audi TT RS is and remains a real show, because the neutral handling of the power coupé is just as impressive as the precision with which the all-wheel drive vehicle cuts through curves with the most varied radii. Even with the long leash of the sports program, the sportiest of all TTs easily gets its performance onto the road and only loses its last grip in the late onset limit area. The so-called Selective Torque Control (a stability control function) can slightly brake the wheels on the inside of the curve if the TT RS is about to lose traction, which in practice means that the car is pulled into the curve. And when the curve-dancing on the race track comes to an end far too early, the Audi shows that it can of course also shine on country roads and in the city center – the taut sports chassis, however, only satisfies the lowest comfort requirements.