Auto International: Charging stations in the USA: The price is right – the pace is increasing 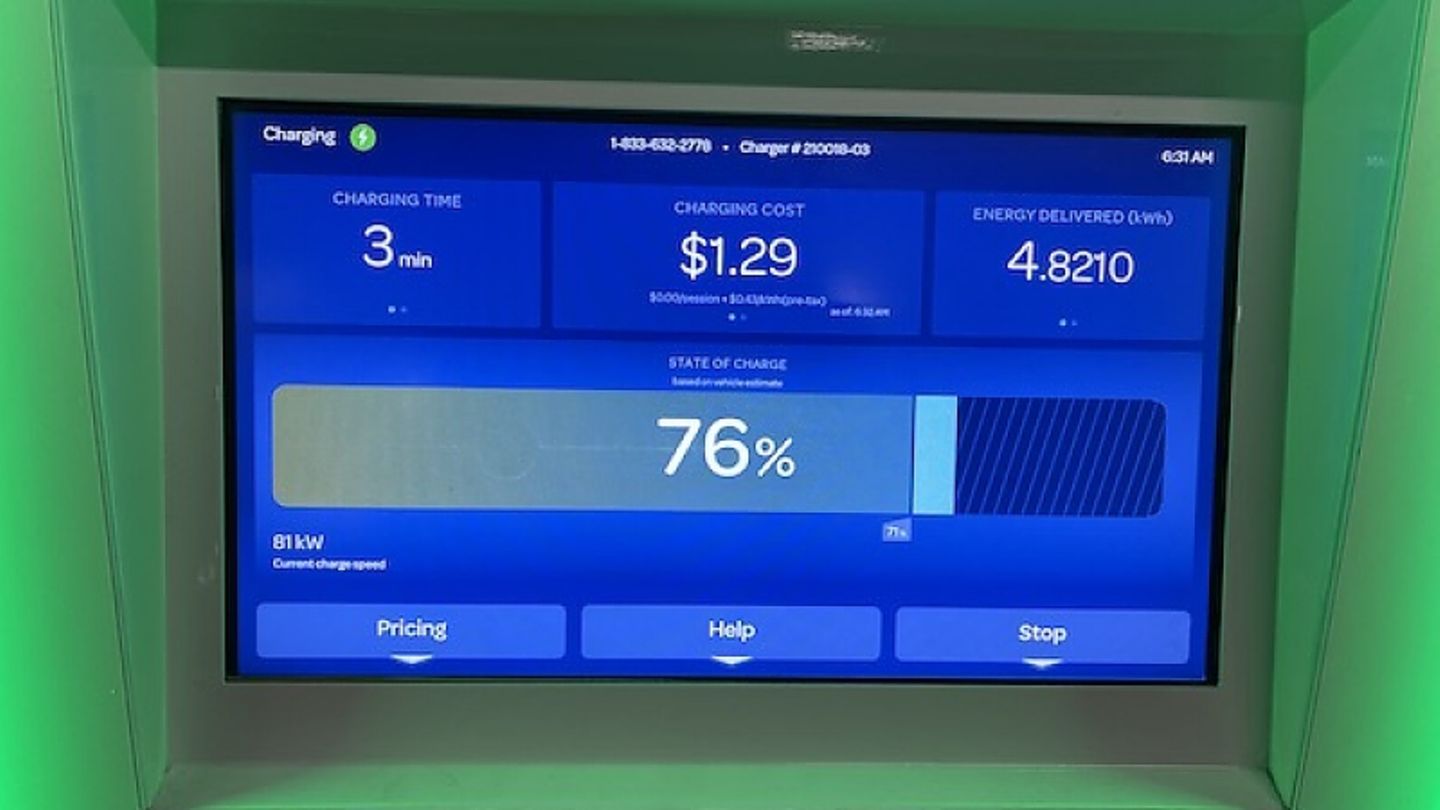 Once just the land of gas guzzlers, the United States is slowly catching a taste for big electric mobility. There is still a lot to do in the large state, but the USA’s infrastructure is growing slowly and steadily.

When news spread through the European media that there would be queues and tumultuous conditions in front of the charging stations in the shopping centers at the weekend, many in Europe were amazed. The USA and electro – is that already such a boom? If you drive through the greater Los Angeles area or the San Francisco Bay Arena, you will almost be noticed unpleasantly with a combustion engine. The number of Tesla models is enormous, more and more Audi E-Tron or Porsche Taycan are humming on the streets and electric newcomers like the Kia EV6 or VW ID4 are also making their mark on road traffic. But is that really a real picture of the USA, or are electric vehicles doing just fine in the green flagship state of California alone?

The price is right – the pace is picking up

There is no question that California is once again in the vanguard, and this not only applies to the number of electric cars, but also to the charging stations themselves. The American is known for primarily charging his electric car in his garage at home, but in the large agglomerations you can see signs pointing to charging parks more and more frequently, even on public roads. If these were once only intended for Tesla models, the two major operators EV Go and Electrify America are catching up. Many Americans use the charging stations at the large shopping centers, but more and more banks, coffee shops or parking garages are also offering a range of charging stations. “I always download here in the region when I’m passing through,” explains 59-year-old Paul, taking a quick sip from his coffee mug, “I’m from San Luis Obispo and I’m on my way to Los Angeles. Here in Santa Barbara, it’s great to recharge.” Just a few weeks ago, Paul swapped his Lexus RX for a Mercedes EQS SUV and is really impressed. The luxury SUV is currently refueling with 153 kilowatts: “I was also interested in a Tesla Model X, but there were no test drives here and the interior was too cheap for my wife anyway.” Now Paul makes a short 15-minute stopover and whirrs on towards Los Angeles.

In a city like Santa Barbara there are not as many fast chargers as in sunny San Diego in the south, the Bay Arena or in Los Angeles, but there are enough and the charging speed is right. Here you can refuel with up to 300 kW at Electrify America. Depending on the car, 15 minutes is enough for a range of 150 miles or more. Outside of California, the whole thing often looks more difficult. It is still easiest to recharge in coastal regions such as New York, Boston, Miami and Fort Lauderdale, and the fast charging network is also being expanded at full speed in states such as Texas, Nevada, Georgia and Michigan. The charging network on the long-distance interstates and highways is still the best at Tesla, where the individual Model 3, S, Y or X draws on brightly lit superchargers for the next hundreds of miles.

Electrify America offers one of the largest independent charging networks in the USA. They currently offer over 3,400 fast chargers at almost 800 stations in the USA. The conditions are often more favorable than in Europe and especially Germany. Especially in the morning hours, electric vehicles can be refueled at many 150 kW or 300 kW hyperchargers at a low price of around 0.30 dollars per kWh. Even during the day, many hyperchargers charge as little as $0.35, $0.39, or $0.43 per kilowatt hour of electricity, while in Europe a similar amount of electricity costs between EUR 0.60 and EUR 0.80. As with us, you can pay by app or charging card. Then it is sometimes even cheaper, because some manufacturers sell their electric cars with one to two years of charging current included. And the normal prices at the fast charging station are often paid by Apple Pay, Google Pay or simply a credit card.

The prices at the individual charging stations do not only depend on the time of day or whether there is a contract or not, because individual states sometimes have huge differences among themselves. For example, if a kilowatt hour in states such as New York, Florida or California without a framework contract with Electrify America costs $0.43 during the day, in some states it is billed per minute alone. Up to a speed of 90 kW it is 0.16 dollars per minute – up to 350 kW then 0.32 dollars per smallest unit of time. For the savings tariffs, only a basic fee of four dollars per month has to be paid, which pays off with two top-ups. EV Go provider proudly announces that around 140 million Americans live within ten miles of an EV Go charger. In total, EV Go offers 850 fast charging stations in 60 metropolitan areas. At between $0.22 and $0.34, the prices per kilowatt hour are also well below European rates. Particularly practical: individual charging stations can be booked in advance so that they are not occupied by other electric car users when you arrive.

On the other hand, it looks much more difficult in the large states, especially in the Midwest. For example, if you are traveling on Route 66 or want to cross the US on the Lincoln Highway from San Francisco to New York with a distance of more than 5,000 kilometers in an electric vehicle, you should think about your stopovers beforehand. Even on the classic tourist routes, it is sometimes difficult with an electric car. This is not only due to the manageable number of chargers per se, but especially to the lack of fast chargers, because if a charging station near a bank building or café invites you to linger, the speed is often manageable because the electric model has its own battery pack in the underbody gains strength with little more than seven or a maximum of 22 kilowatts. Then it becomes a longer shopping stop or you stay the night until the next morning.