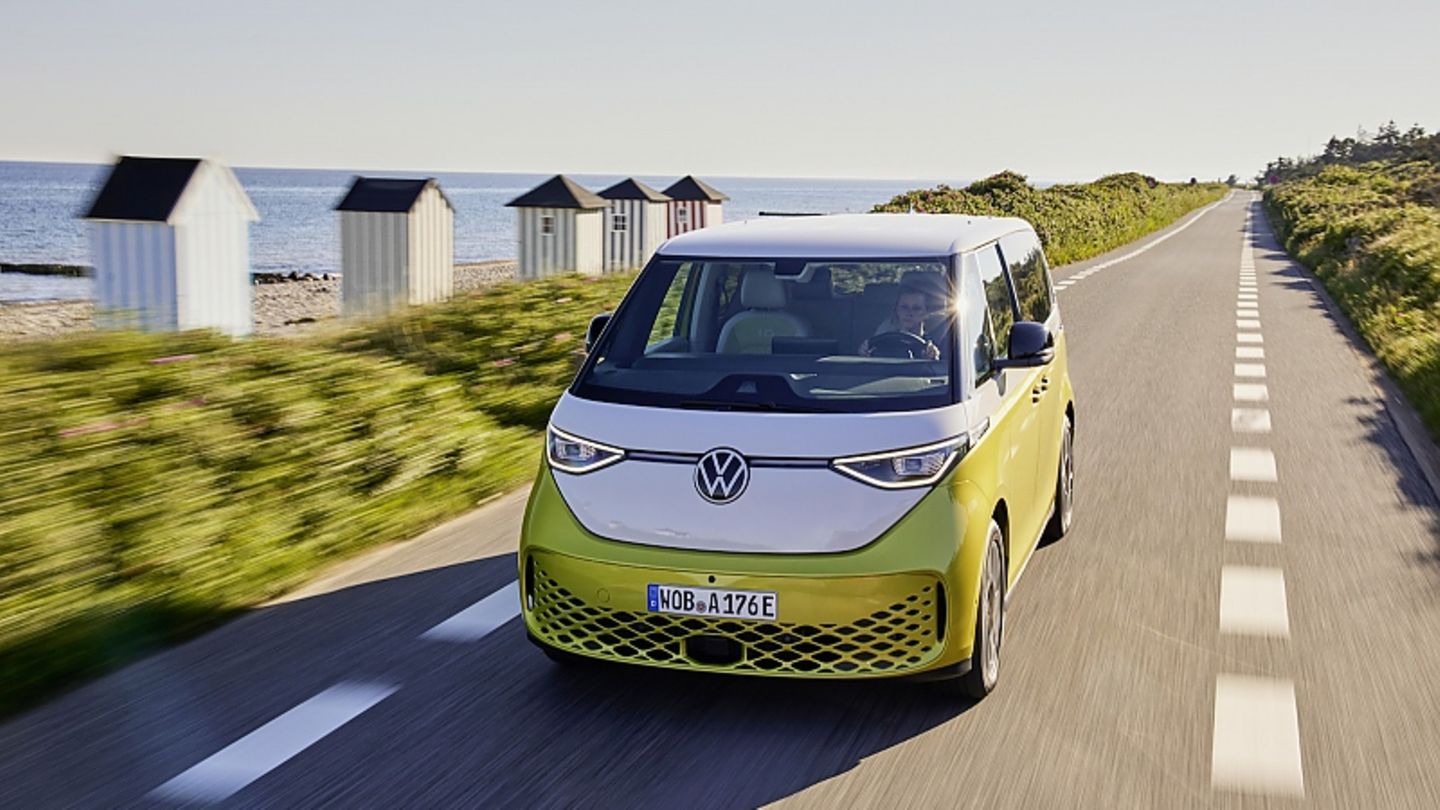 The new VW ID Buzz was voted German Car of the Year 2023. The new edition of the historic VW bus is just rolling out to customers when it wins the championship title in Europe’s most important car market. In second and third place were the Genesis GV60 and the Range Rover.

Not entirely surprising that the VW ID Buzz is another electric car that has won the title of German Car of the Year. For the first time, however, a commercial vehicle wins the jury’s choice of Germany’s most renowned car journalists. The electric family van from Hanover came out on top against the likewise electric mid-size crossover Genesis GV60 and the luxury SUV Range Rover. It will also come with an electric drive in 2024. Despite its wide range of drive systems and successful design, the Opel Astra, which was also highly regarded, only managed a thankless fourth place.

VW ID Buzz is German Car of the Year

The VW ID Buzz, which only came onto the market in the fall, was able to score points primarily in the disciplines of design, practicality, safety and the environment. Slightly behind, the Genesis GV60, closely related to the electric twin pack of Hyundai Ioniq 5 and Kia EV6, ultimately only managed second place, although the Korean was able to shine in disciplines such as drive, design and driving pleasure. The new Range Rover, with its luxury equipment and convincing qualities on and off the road, was ultimately able to oust the Opel Astra to fourth place on the podium.

At the market launch, the VW ID Buzz as the new German Car of the Year 2023 will initially only be available with a normal wheelbase, five seats and 150 kW / 204 PS / 310 Nm. The 82 kWh battery ensures a range of up to 500 kilometers. A seven-seater version with a long wheelbase, the cargo variant and other drives will follow next year. The darling of the public is not currently on the road too fast, because thanks to a 145 km/h limit, the ID Buzz becomes a leisurely bus on the motorway. Refueling is quicker because both versions of the ID Buzz can be recharged at a DC fast charging station with an output of up to 170 kilowatts, which charges the battery pack in the underbody from five to 80 percent after around 30 minutes.

The Genesis GV60 is based on the Electric-Global Modular Platform architecture of the Hyundai Motor Corporation and thus shares the technology with the Hyundai Ioniq 5 and the Kia EV6. That means 800 volt charging technology and thus faster refueling. The 77.4-kilowatt-hour battery can be charged from 10 to 80 percent in 18 minutes using a 350-kW fast charger. The all-wheel drive Genesis GV60 has an output of 234 kW / 318 PS in the Sport version and a significantly more dynamic 320 kW / 435 PS in the Sport Plus model. The power can be increased by 20 kW / 37 PS per motor to 360 kW / 490 PS for ten seconds using the boost button on the steering wheel. After four seconds, this GV60 breaks the 100 km/h mark and drives at a maximum speed of 235 km/h.

With the fifth generation Range Rover, JLR went all out. The customer still has the choice between the 5.05 meter long version with a normal wheelbase and the XXL range, which is not only 5.25 meters long but also offers the third row of seats that is so popular there with a focus on the American market. When it came to the drives, the technicians got the best of the best in the front end, because the engines now come from BMW and the transmissions are unchanged from ZF. Before the electric model of the Range Rover 2024 comes onto the market, petrol engines, plug-in hybrids and last but not least the diesels have to be put in place. Because even if the demand for the 530 hp Range Rover V8 P530 is currently gigantic all over the world, the diesel is an excellent choice for the European market. However, due to the heavy weight of the four-wheel drive vehicle, which is more than five meters long, you should not waste any thought on the smaller versions with 250 and 300 hp, but climb straight into the top version of the Range Rover D 350 AWD, which has an output of 258 kW / 350 hp and thus up the level of the former 4.4-liter V8 diesel, which offered 340 hp.