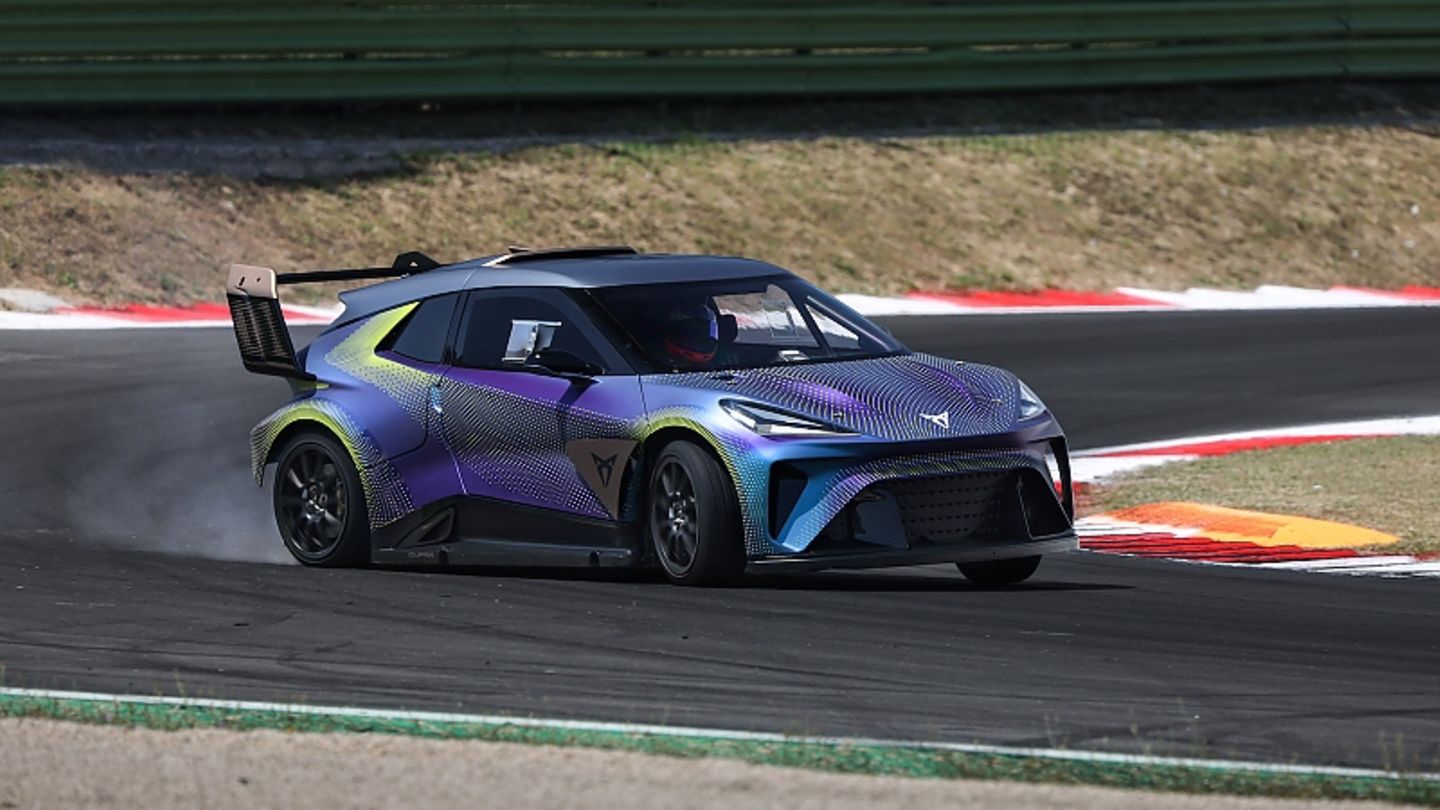 Of course, Cupra also wants to be electric – wilder, more agile and somehow different than the other brands – at least those from the Volkswagen Group. The central model should be the small electric car, which currently still bears the project name Urban Rebel. But the Spanish rebel will not be on the market before 2025. This waiting time is designed to shorten a spectacular rally version that loves drifts and jumps.

2025 – there are still more than two years to go before Cupra can unleash its Urban Rebel on customers. This will then hardly bear the name Urban Rebel, but as known from the Spaniards, the name of a Spanish city. The electric small car is closely interwoven with the VW ID2 and a Skoda derivative that is also planned, and they are introducing a modified electric platform for the small models across the group, which is driven via the front axle. The engine moves forward and the wheelbase of current models such as the VW ID3 is shortened to 2.60 meters. The road version of the Cupra Urban Rebel Concept should have a maximum of 172 / 234 hp and, with a battery capacity of 60 to 70 kWh, enable a range of up to 440 kilometers. The previously planned starting price of around 20,000 euros should be closer to 25,000 euros in view of recent price developments.

How sharp such a small electric car could look could already be admired at the IAA 2021 in Munich and now it is being tested how the racing car can be moved on the Montmelo rallycross track near Barcelona. Xavi Serra, technical director of the Cupra team, explains that the Cupra e-Racer has “replaced the combustion engine and adapted the bodywork so that the battery could be mounted on the bottom and the electric motor on the rear to enable rear-wheel drive”.

The body of the racing concept, which weighs 1,230 kilograms, is made of carbon fiber, as is the cockpit, and is mounted on a tubular frame chassis. “We used pouch cells here, while the cells in the e-Racer are cylindrical and the cooling system is also different,” explains Xavi Serra, “but these different projects allow us to gain more knowledge about the thermal management of the electrical components and collect the torque output.” The platform was developed specifically for this concept vehicle, so it is not the same as the production vehicle, which is still under development. It uses double wishbones on both axles and an electric motor at the front and another at the rear, resulting in a continuous output of an impressive 250 kW / 340 hp, which is generated in equal parts at the front and rear. For a short time, 430 hp and a maximum torque of 510 Nm are available in the boost, which allows the electric all-wheel drive vehicle in racing trim to accelerate from zero to 100 km/h in 3.2 seconds.

Dressed in a helmet and balaclava, you enter the narrow bucket seat and head down the mixed asphalt/gravel road. In the first few meters, the loud whistling from the prototype’s drive system takes you by surprise. At best, this is how you imagine the launch of a spaceship, but not an electric car. Xavi Serra knows the answer: “The noises are completely natural and come from the electric motors and the gear reduction.” At least no digital acoustic frills. Information about the general condition of the vehicle flashes on the digital display behind the steering wheel, while further to the right a row of buttons seems to threaten. One is labeled “Brake Bias” and can be used to influence how the car handles during a race. At the request of the experienced pilot, up to 30 percent of the engine power can be forwarded in a curve, a stately 70 percent to the rear and the hot drift through the curve – that’s how spectacular rallycross is.

Thanks to the studded tires, the hot electric ride is a lot of fun, because the electric concept breaks out again shamelessly, especially in front of the tight hairpin bend at the transition from asphalt to gravel. The maximum 430 hp and 510 Nm bite brutally to catapult you wildly forward without delay. The Cupra Urban Rebel manages a maximum of 170 peaks on a straight stretch – but probably also on winding roads, because it’s in a hot sprint over a small jump crest, crashing into the gravel bed and straight away at full throttle. Despite the stately speed, the Rebel lands safely on all fours again during the repetition – it is hard to believe that this is supposed to be an electric prototype that is putting on the big show here. He seems to be much better equipped than most drivers for a hot rally excursion. And the small 30 kWh battery pack should be enough for a few laps of fun. Go on!