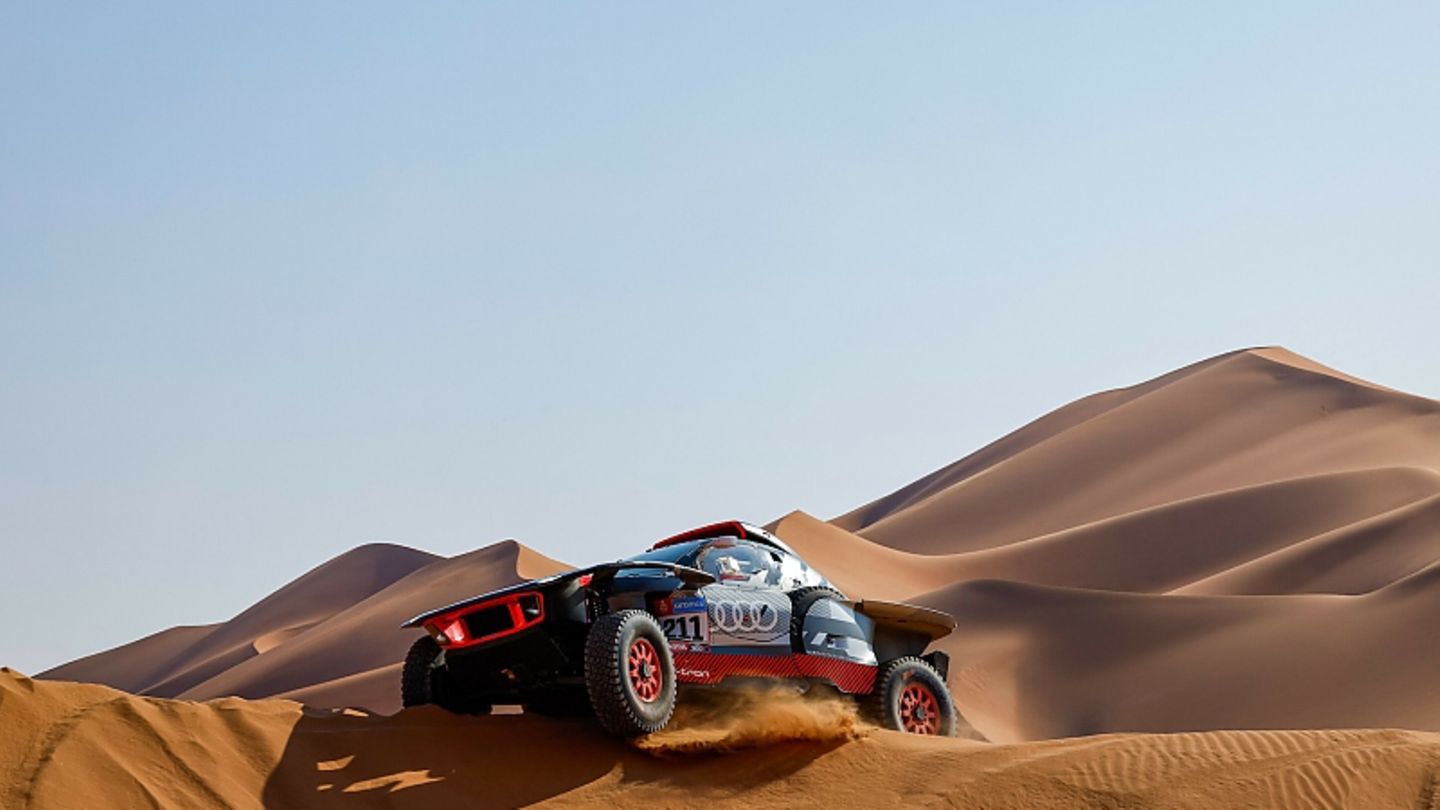 The 2023 Dakar Rally is over. Many a star failed at the desert marathon, while others mobilized unexpected forces.

No other desert rally is as legendary as the Dakar. This year, the participants covered more than 8,500 kilometers through Saudi Arabia – more than 4,700 of them timed – in 16 days. Across the most diverse desert forms, from rocky to towering sand dunes. They were often on their own, because the number of stages without service options was higher than usual this year. Drivers and co-drivers had to repair technical repairs or accident damage themselves overnight. It is logical that this marathon has triumphs and tragedies. And also that he turns pilots and passengers into heroes. One of these pairings is Nasser Al-Attiyah and Mathieu Baumel. The two won the 2023 Dakar Rally in their factory Toyota GR Hilux. Even the third stage, which was completely rainy, had washed them to the top, which they didn’t give up until the last day. Although they benefited from the bad luck of others during the course of the rally, they knew how to tactically manage their large lead. It is already the fifth victory at the Dakar for Al-Attiyah.

Room for heroes and fallen stars

Record world rally champion Sebastien Loeb and his co-driver Fabian Lurquin also became heroes. On the road in the Prodrive Hunter, a British special development used by the BRX team, they were initially the insider tip behind the favored works teams from Toyota and Audi. Tire damage and an accident on stage five threw the duo far behind the leaders. More than two hours behind the leaders seemed hopeless. But Loeb drove like a man possessed, put everything on one card and managed to win six special stages in a row. No one had ever done that before at the Dakar Rally. In the end, the wild catch-up race brought him second place in the overall standings.

Rally star Carlos Sainz was also heroic. After the three electrically powered factory Audis fell back with hopeless deficits during the first half of the rally due to bad luck, defects and accidents, the Spaniard followed the motto of his team boss. Rolf Michel told his two drivers Sainz and Ekström to win as many more stages as possible – Stéphane Peterhansel’s third Audi had already retired due to an accident. And Sainz accelerated, won stage eight, but received a time penalty. On the following stage, however, he overdid it and overturned the Audi RS Q e-tron on a crest of a dune. The fact that he was rescued by the rescue helicopter in pain did not suit “El Matador” at all: After 20 minutes of flight time, he instructed the pilot to turn around and return to the scene of the accident, where co-driver Lucas Cruz was waiting for him. But all the commitment didn’t help. After several hours, the car turned out to be irreparable.

The appearance of the completely unknown, young Brazilian Lucas Moraes and his German co-driver Timo Gottschalk also belong to the great heroic deeds. For Moraes it was the first Dakar participation ever. But with the calm of a full professional and the composure of an old warhorse, the Toyota driver drove consistently fast, stayed out of unnecessary battles with Sebastien Loeb and ended up in third place in the final standings. The last remaining Audi pairing, Mattias Ekström and Emil Bergkvist, was similarly consistent. Instead of fighting for spectacular stage victories, it was about getting there reliably: Always in second, third or fourth place, although they were never right up front, they showed the potential of the car, which so many people had believed so much more capable of.

After the Dakar is before the Dakar. “Actually, we’re already too late for further development,” Audi technician Benedikt Brunninger grieves: “The production of the carbon parts alone takes an incredibly long time.” And there are enough tasks, not just for the teams. First and foremost, the organizer and the World Automobile Federation are asked to solve the tire problem. All of the cars are on the road with standard tires, which have led to tire damage in large numbers this year. Mattias Ekström had three of them on one stage. The vehicles are only equipped with two spare wheels. The main problem is that the type of tire was developed when cars were still allowed to be 200 to 300 kilograms lighter.

No less urgent is the question of how to make the event and the associated World Raid Rally Championship more environmentally friendly. Most teams and manufacturers reject the use of hybrid technology as used in the WRC World Rally Championship. They make the cars considerably more expensive and complex, which has led to a dramatic drop in the number of private teams in the WRC. And even more than there, the Dakar Rally is primarily carried out by private participants, not by a dozen company cars. In view of the drive concept of the RS Q e-tron, it is logical that Audi does not take part in this discussion. But there are plenty of other construction sites for the 2024 Dakar Rally.