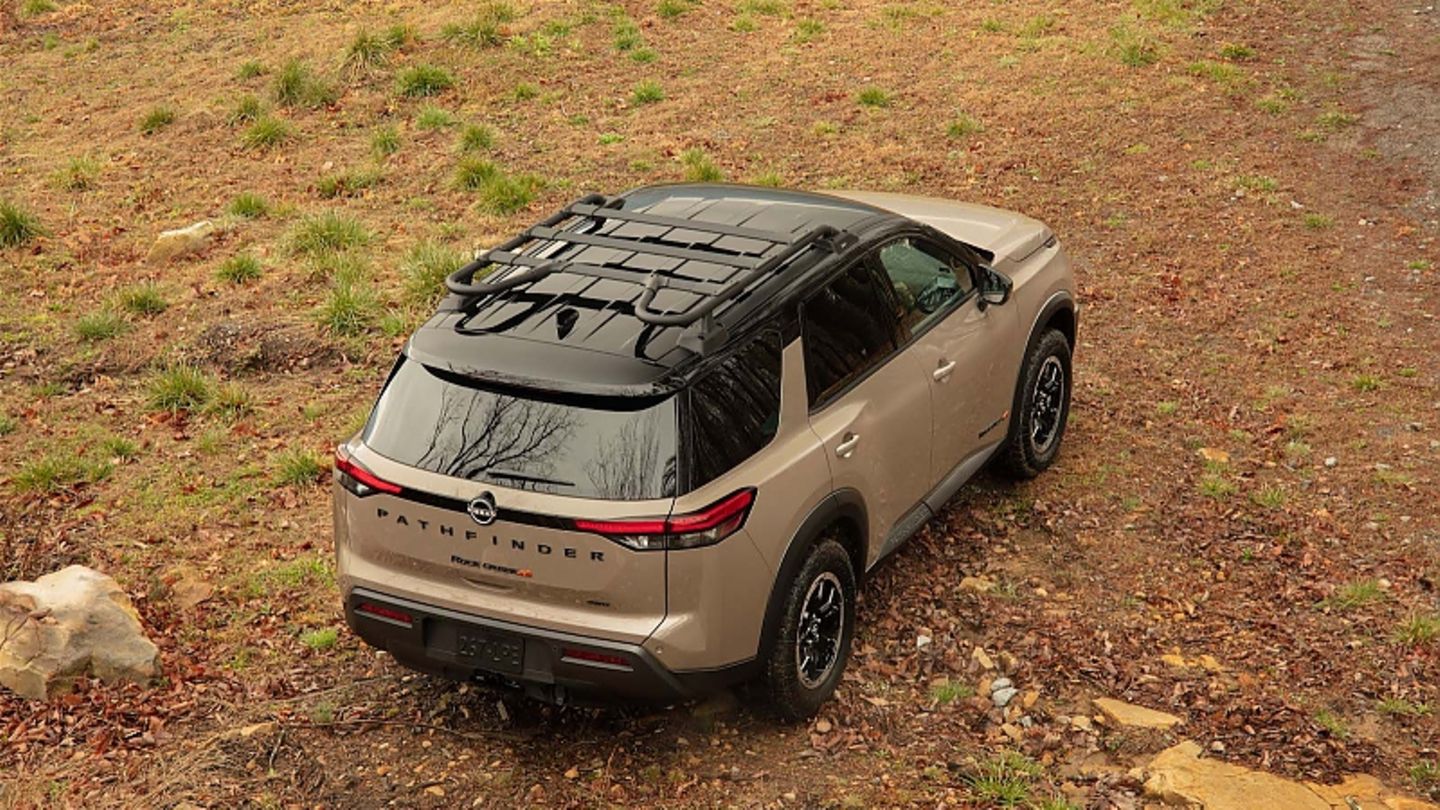 In Europe, the Nissan Pathfinder has long since disappeared from the sales lists – unfortunately. With its successful design, powerful engines and a clear premium claim, it had achieved real cult status in the 1990s. In the USA, the current Pathfinder generation shines with old virtues, a lot of comfort and modern technology.

In Europe, Nissan is still looking for its way. The Japanese brand does not have it easy in the brand trio of Renault, Mitsubishi and Nissan, especially in our latitudes. The casual Nissan Z sports car doesn’t even come to Europe, the still grandiose GT-R is more than old and its invisible facelifts are countless. The Juke isn’t nearly as cool as it used to be, and its sister models, the Qashqai and X-Trail, don’t differ much. After all, the Japanese are now attacking models such as Skoda Enyaq, VW ID4 or Mercedes GLB with their electric Ariya. What is missing is in particular a successful brand image with a portfolio that has character and suitable models. Why not bring the off-road legend Patrol back to the old continent or lure premium customers with the Nissan Pathfinder? Because the pathfinder not only looks good, but with its 3.5-liter V6 engine would also attract customers who are currently not dreaming of sitting in a Nissan SUV.

At 5.02 meters long, he is as tall as he is self-confident. Admittedly, the interior of the American Crossver, which is produced in Smyrma in the US state of Tennessee, looks a class bigger. Thanks to the 2.90 meter long wheelbase, the use of space in the rear is downright lavish and even tall people feel comfortable on the two comfortable individual seats. This applies more than ever to longer journeys, even if the rear seats could do with a little more contour and leg rest. Even more generous than the space is the number of shelves. Even larger objects can easily be accommodated in the door panels and consoles at the front and rear. If necessary, two jump seats for children can be folded out of the luggage compartment. A well-known important feature of the Crossver in the USA – largely unused in Europe. For adults, however, it is too narrow at the back and so it is better to use the area as a variable loading compartment with a flat loading area. The Pathfinder holds 470 to 2,280 liters behind its electric trunk lid, depending on the seat configuration. In addition to the practical storage compartments, the occupants will find practical USB ports everywhere in the vehicle so that smartphones, tablets, game consoles and other small devices can significantly shorten the journey for children and adults on weekends or holidays.

The upper-class SUV is easy to operate because not only is the quality right, but the ergonomics also offer a successful mix of displays and buttons. However, the digital instruments behind the non-slip steering wheel could be a bit clearer. The display on the central screen is better, but it has a screen diagonal of just nine inches. In today’s world, with so many functions, that’s not too much for a vehicle in this class. On the other hand, the cameras all around or the distance cruise control, which also helps keep the lane, are not only practical in tight parking spaces. Compared to many a competitor, the Nissan still has a number of buttons for operation – this only makes everyday life easier for the occupants and you don’t have to switch to confusing submenus to control the desired functions.

The 5.02 meter long Nissan Pathfinder is powered by a somewhat pale-sounding six-cylinder naturally aspirated engine with 208 kW / 284 hp and a maximum torque of 351 Nm, which, however, is only available at 4,800 rpm because it lacks a turbo engine that force flow would initiate earlier. After all, the nine-speed automatic manages to easily cover up the starting weakness at low speeds, but in general the Japanese is extremely powerful, especially in the middle speed range, while at higher speeds it gets a bit thin despite the lush performance. From a standing start, it accelerates to 100 km/h in a good nine seconds and finishes at 200 km/h. The promised standard consumption: 10.6 liters / 100 kilometers. If you just let it roll over long distances, you can almost achieve that.

What distinguishes the Nissan Pathfinder from its European brothers is not just the dimensions or the width of an impressive 1.98 meters, but the overall appearance. This is ensured by bulky aprons, underride protection and fender flares for the 20-inch wheel set. This is standard on the top model, the Platinum, and is available on the other versions at an additional cost. Despite the large 20-inch wheels, the Pathfinder is extremely comfortable and the steering is just as smooth as it is indirect. Noticeable pitching and rolling movements show where the main market of the Japanese American is. Using a controller on the wide center tunnel, you can switch back and forth between the different driving and all-wheel drive modes, based on the Range Rover Terrain Response System.

However, 18 centimeters of ground clearance ensure that the limits are reached faster than expected in rough terrain. The special edition of the Pathfinder Rock Creek with its off-road kit and light studded tires doesn’t change that much. The base non-4WD Nissan Pathfinder starts at an affordable $33,680. We recommend the platinum top version with the all-wheel drive befitting its status, which is very fairly priced at 49,870 US dollars. The optional individual seats in the second row with adjustment options and seat heating cost just $550. And even with full equipment including LED fog lights, illuminated running boards, two-tone paintwork and a hint of a bull bar, the Pathfinder 3.5 V6 is still just under $55,000.