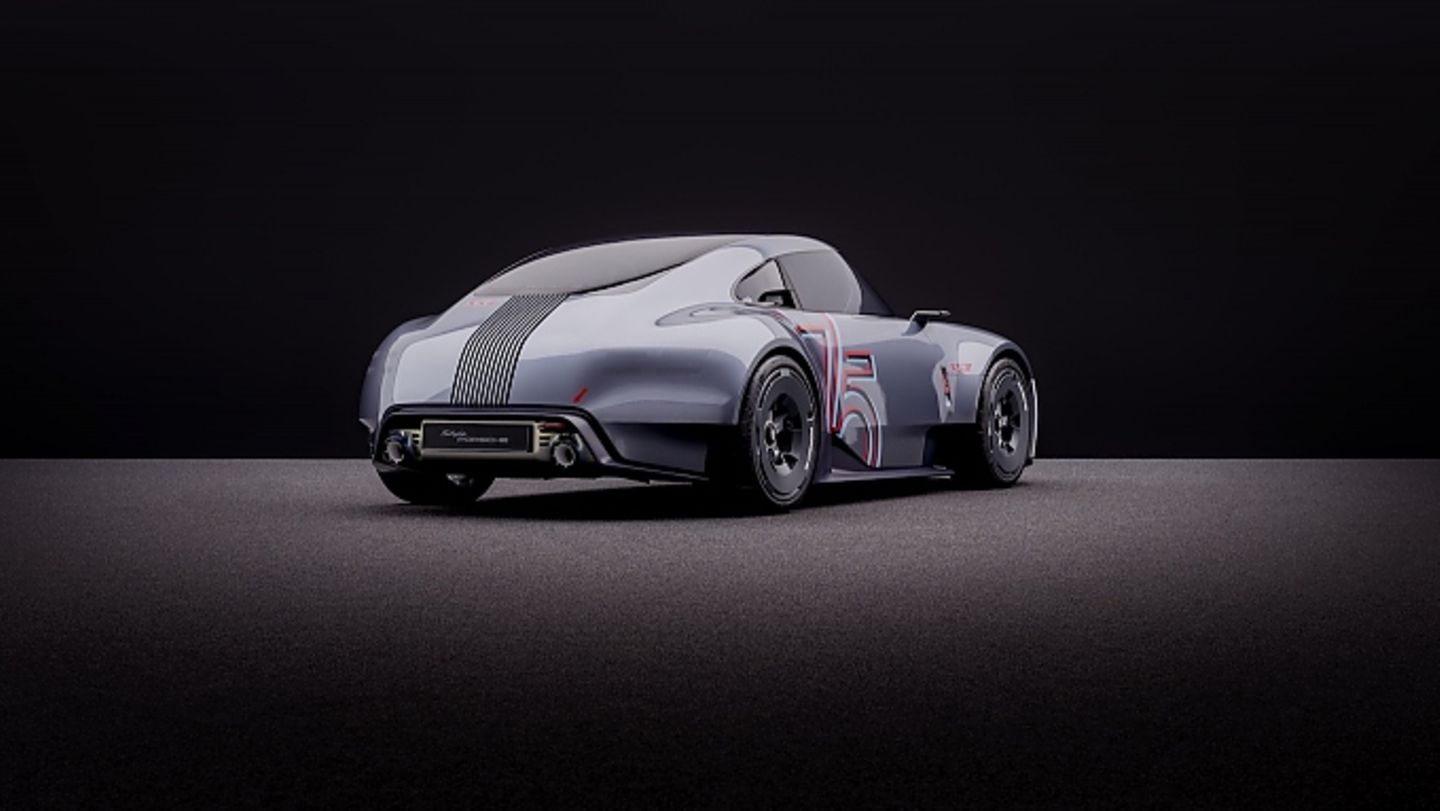 On the occasion of the 75th birthday of its first model, the 356, Porsche gave itself a present and created an unusual homage to the sports cars of yesterday and tomorrow with the Vision 357.

The upcoming Boxster will be electric and the car manufacturer from Zuffenhausen has long since changed its signs to electromobility. Dreamily and proudly, on the brand’s 75th birthday, there is another look back – into an imaginary future. The one-off bears the name Porsche Vision 357 as the legitimate successor to the 356, which on June 8, 1948 was the first Porsche ever to receive general operating approval. “With the Porsche Vision 357, we have created a very special birthday present that underlines the importance of our design DNA based on the 356,” says Porsche chief designer Michael Mauer, Head of Style at Porsche. “The study is an attempt, the past, the present and to connect the future harmoniously. The proportions may be reminiscent of the historical model, details visualize a look into the future.”

The 356 has had legendary status at Porsche for decades. The “356 Number One Roadster” was the brand’s first vehicle ever built as an open two-seater with a tubular space frame and central engine. The 356 went into series production as a coupe with a modified frame and a 40 hp rear engine instead of the original mid-engine concept. After the first vehicles of the type 356/2 with an aluminum body, which were largely made by hand, Porsche withdrew from Gmünd to Stuttgart at the end of 1949, where series production of the Porsche 356 began. The bodies made of sheet steel were manufactured in the post-war period at the local bodywork factory Reutter, the engines are produced in premises rented by Reutter in Zuffenhausen, since Porsche factory 1 was still occupied by the Allies at the time. Around 78,000 examples of the Porsche 356 were built up until 1965. 356 (“Vor-A”, 1948 to 1955), 356 A (1955 to 1959), 356 B (1959 to 1963) and 356 C (1963 to 1965) were available in many open and closed body versions and as well as different performance levels.

The technical platform of the 357 Homage is the 368 kW / 500 hp Porsche 718 Cayman GT4 RS, which is reminiscent of the first production Porsche with its proportions and windscreen. Early 356 Porsches had a two-piece windshield with a center bar. From the 1952 model year, this was replaced by a one-piece disc with a central bend. The A-pillars of the Porsche Vision 357 are black and optically connect the side pane surfaces like a visor to form a unit. After its world premiere, the Porsche Vision 357 can be admired at the Volkswagen Group Forum in Berlin until mid-February, before it goes on a tour of the world to mark the 75th birthday of the sports car brand; from March 10th, for example, with a stopover at the South by Southwest (SxSW) event in Austin / Texas. Michael Mauer: “Studies are the pool of ideas for the design of tomorrow. We are always on a mental journey into the future of mobility. The history of the brand always serves as a source of inspiration for us.”

Among other things, the grid pattern in the rear, into which the third brake light is integrated, is reminiscent of the historic Porsche 356. There are also parallels in the rim design and the gray two-tone paintwork. As in the Mission R study, plastic reinforced with natural fibers was used for the side skirts. Instead of classic exterior mirrors, the study is equipped with cameras on the roof edge. The exhaust trim visible at the rear is made of bluish titanium and the inner workings of the tailpipes are made of ceramic.