Summer vacation: what to do when the trip ends at the airport 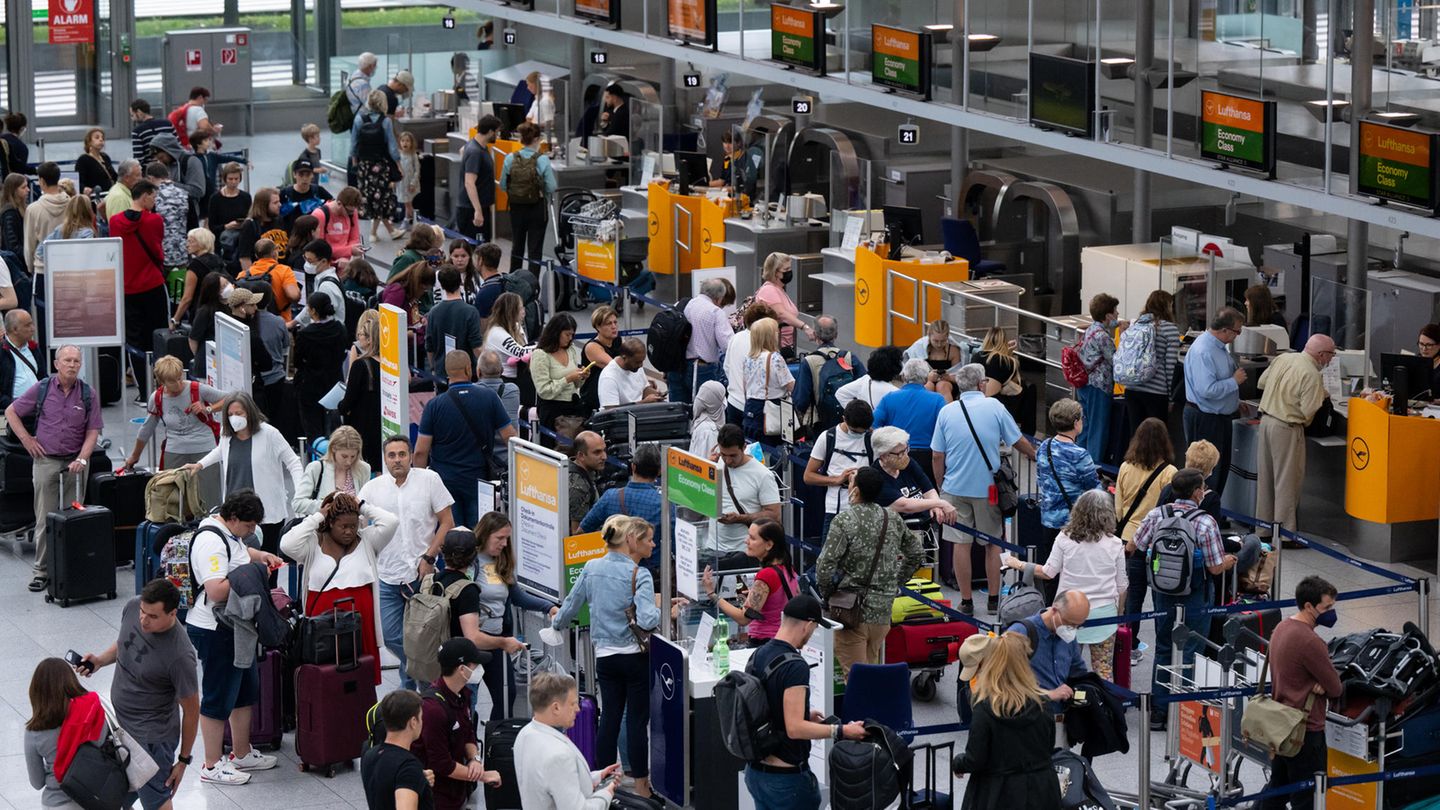 The summer holidays are starting in northern Germany – and with them the chaos at the airports. What to do if the trip ends before check-in? The most important questions and answers.

As soon as the last day of school is over, many people say: Off to vacation! The summer holidays start this weekend in Schleswig-Holstein and Mecklenburg-Western Pomerania – meanwhile, the second wave of travel is already rolling in NRW. There, passengers had to contend with sometimes chaotic conditions at the airports last weekend. The concerns of many travelers were correspondingly great.

What is the situation at the airports?

In NRW, the airlines canceled a number of flights again on Saturday: According to the airport, departures to London, Palermo, Edinburgh, Nice, Munich or Pisa were canceled at Cologne/Bonn Airport. There was a similar picture at the airport in Düsseldorf. Flights to Lisbon, Malaga, Barcelona or Milan were shown as canceled on the departure board.

Saturday began relatively relaxed at Hamburg Airport. There are hardly any long queues, the passengers are well informed and understanding, said an airport spokeswoman in the morning of the German Press Agency. A spokeswoman for the federal police responsible for security at the airport also spoke of a relatively quiet process. Only in the early hours of the morning were there waiting times of between 45 and 60 minutes at the security gates. However, those lines would have cleared by 5:30 a.m.

Even in the south, people are still relaxed: At Munich Airport, people are relatively relaxed about the start of the Bavarian summer holidays in August. There shouldn’t be chaos like at other airports: “We’ll do everything we can to ensure that doesn’t happen,” said airport spokesman Ingo Anspach.

However, the dynamic development poses problems for airports from London to Amsterdam to German locations because there is a lack of staff in many places. During the pandemic, many employees of service providers found work in other industries: “There is a shortage everywhere”.

What can travelers do?

If you are stuck in the queue at the airport, you should make yourself known and document the situation on site. For example: taking photos of the long queues, picking up receipts for purchases at the airport. “Perhaps also network with fellow travelers and possibly exchange contact details in order to have witnesses later,” suggests Jan Philipp Stupnanek from the NRW consumer advice center.

If there are problems checking in for the missed flight, the airline would be responsible. If you miss a flight due to delays at security checkpoints, it is not that easy to claim compensation. According to the consumer advice center in North Rhine-Westphalia, this falls within the area of ​​responsibility of the federal police.

According to the ADAC, the streets could be even busier this weekend than last. The highest congestion potential is on the routes towards the North and Baltic Sea coasts and on the way to the south. The ADAC expects the streets to be full, especially on Saturday morning and Sunday afternoon.

From the perspective of the automobile club, the truck holiday driving ban, which will apply every Saturday from 7 a.m. to 8 p.m. from this Saturday until the end of August, promises some relief.