Real estate prices: where it’s getting cheaper now and what experts expect 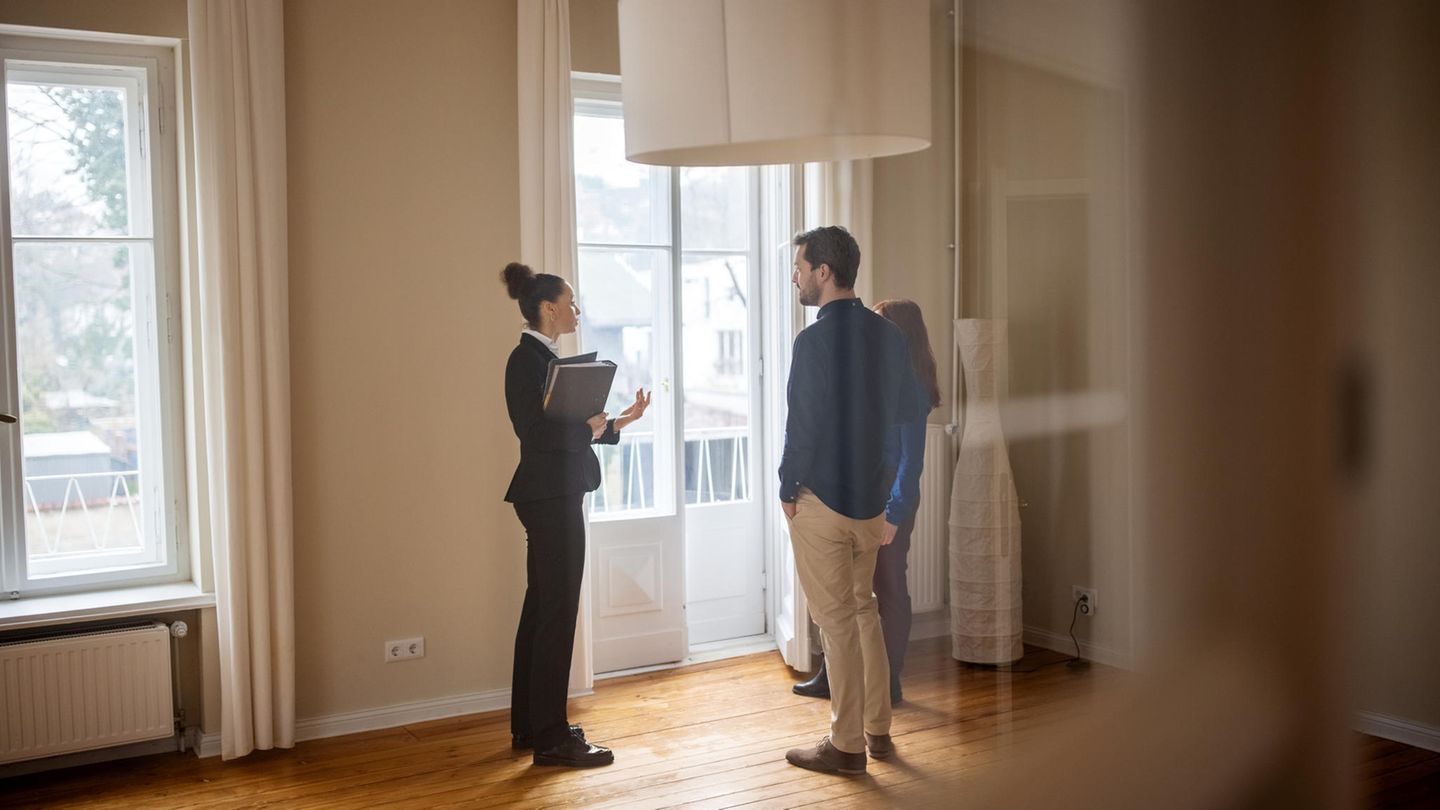 Favorable interest rates have fueled the real estate boom – that’s over. Are the prices going down now? Initial market data suggest this, but experts remain skeptical.

For people who want to buy an apartment or a house, the past few months have been a shock. The rapid rise in interest rates has made financing a home significantly more expensive – and in some cases even impossible. Interest rates for ten-year construction loans have more than tripled from one percent to 3.4 percent at times in the first half of the year. Recently, the level has fallen again somewhat, but experts expect interest rates of 3.5 or even 4 percent by the end of the year, as the real estate financier Interhyp reports.

In fact, the major real estate portals are reporting clear signs of a trend reversal. In a current evaluation, the portal speaks of the “end of the real estate boom in high-priced cities”. The purchase prices in particularly expensive cities such as Munich, Hamburg and Frankfurt have risen again slightly over the past twelve months. However, most of the price increases can still be attributed to the last few months of 2021.

This year, on the other hand, the rise in interest rates, fears of inflation and general uncertainties halted the boom. “Mainly due to the rise in interest rates, home ownership is no longer affordable for average earners in many cities, which results in falling demand.” In the second quarter, the number of inquiries for real estate was 17 percent lower than in the previous year.

Cheaper offers in the metropolises

The figures for market leader are even more blatant. In the second quarter of 2022, there was even 36 percent less demand for listed properties than in the previous year – and at the same time 46 percent more offers. The length of time an advert is online has also increased significantly. This shows that sellers are no longer ripping everything out of their hands at all prices. And: If more supply meets less demand, falling prices are not far away.

In the particularly expensive metropolises, the falling prices are already there. According to Immoscout, new apartments and single-family homes in all major cities except Berlin – i.e. in Hamburg, Munich, Frankfurt, Stuttgart, Cologne and Düsseldorf – were offered cheaper in the second quarter than in the first. New single-family houses were also cheaper in all major cities and existing houses in all but Berlin.

For example, new apartments in Hamburg were 5.3 percent cheaper, new houses in Stuttgart even 6.6 percent. Only in the case of existing condominiums in the metropolises have there been no price declines (yet). Away from the major cities, on the other hand, prices generally continued to rise slightly.

In view of this mixed data situation, what is the next step? The experts from Immoscout expect further slight price declines in almost all segments in the major cities by the end of the year, but slightly rising prices in the rest of Germany. Experts tend not to see a significant slump in real estate prices across the board. Michael Voigtländer from the Institute of German Economics (IW) in Cologne sees the market currently in a sorting phase with prices stagnating on the bottom line. “The boom in real estate prices is over,” says the real estate economist zum star. “We won’t see any more strong growth rates for the time being, but we won’t see a crash either.” Smaller price reductions in particularly expensive areas, for example in southern Germany, are certainly possible, but more in the single-digit percentage range, says Voigtländer, and brakes: “I don’t see any great opportunities for bargain hunters.”

In addition, due to the energy crisis, Voigtländer expects certain property types to be re-evaluated: “The large unrenovated single-family home is under pressure, while energy-efficient properties could even increase in value.” This could also be accompanied by a revision of certain corona effects. At the peak of the pandemic, many were drawn out into the countryside. But there is not only a lot of space to heat, but also to bear the high fuel costs for long journeys, especially since the tank discount is expiring. “Smaller properties near the big city are therefore becoming more interesting again.”

Other economists are even more skeptical about falling prices. Deutsche Bank analyst Jochen Möbert currently sees the housing market as more of a “breather than the end of the price cycle”. In a current issue, he points out that – in contrast to rising interest rates – there are also many developments that continue to fuel rising prices. Above all, he counts the faltering construction activity. The federal government is currently a long way from its proclaimed housing construction goals – and a shortage of craftsmen and scarce building materials are slowing down and making construction everywhere more expensive. Since more people immigrated in the course of the Ukraine war, there is a massive shortage of living space that will not be remedied before 2025, says Möbert. A shortage that could drive prices up.

And when it comes to rising interest rates and prices, Möbert also puts forward an argument that he currently sees too little attention being paid to. If inflation stays high, many potential home builders would also negotiate higher wages in the medium term, which in turn would enable them to pay higher loan rates. “So there are good reasons why prices could stabilize and pick up again in the coming months,” writes the Deutsche Bank analyst. “Therefore, we don’t think the end of the house price cycle has been decided yet.”