Qatar dollar under analysis and new measures for imports and rates 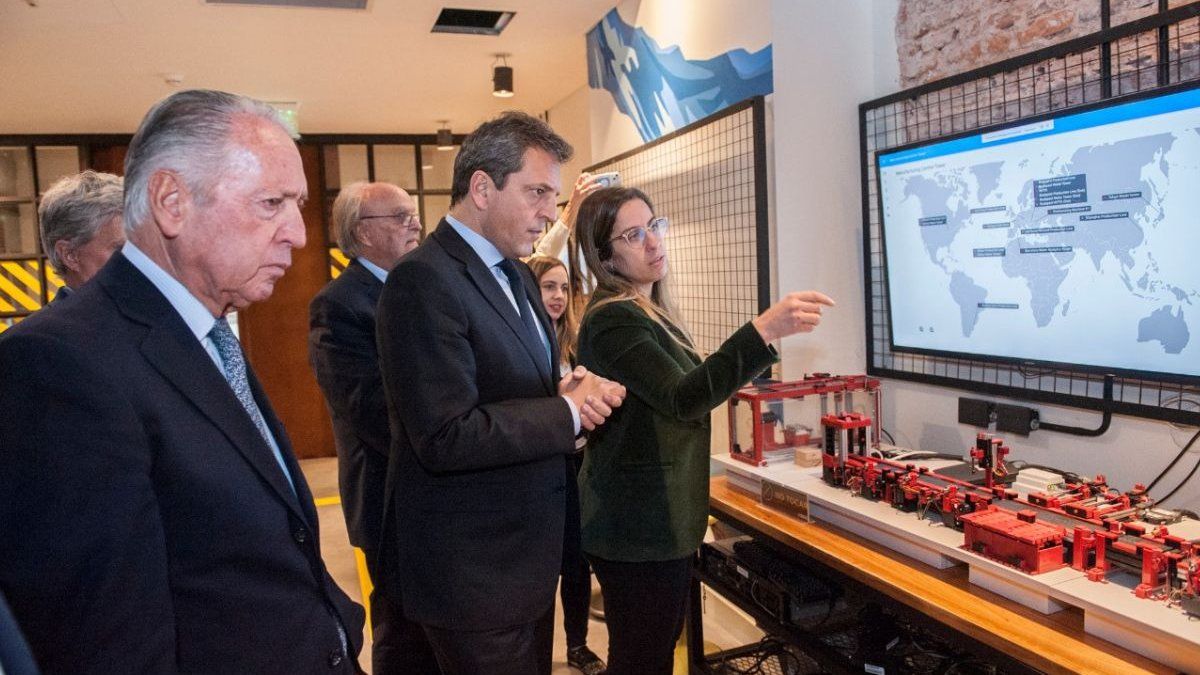 As this newspaper could find out, the issue was on the table, and Massa confirmed that it is being analyzed as a result of the claim of several industrial chambers. In any case, when Funes de Rioja was consulted on this issue, she stated: “We are not in the AFA here. We say what we ask for, not what we don’t ask for. There was talk of prioritizing currencies, we were emphatic about that. We will have to find the right application, the country has to understand that production should not stop, these low unemployment rates could not be maintained if production is stopped. As this newspaper was able to find out, what the UIA did complain about was the entry of “luxury goods”, from motorcycles to boats.

Measures for imports and rates

When asked about the central theme of the meeting, Funes de Rioja commented: “First of all, supplies. We say all possible prayers to him to resolve it.” On that point, Massa anticipated what the next measure will be to try to solve it: there will be a new system that will be unified between the Central Bank and the Ministry of Domestic Trade. The priority criterion will be intermediate goods, especially when it is for SMEs and export industries, and the emergency scheme will filter the order of each chamber.

The new system will come out by resolution on Friday of next week, as commented from UIA. It will be a kind of “track record” to have access to the traceability of import orders. The industrialists expressed their annoyance with the Central Bank: “Today our problem is there,” said a source. The new system will show when the SIMI is approved and the date when it can be paid.

Ámbito asked Funes de Rioja if he was happy to have had an answer: “Step by step. It is already positive that you have come. You have to see how it works. Still, I’m not saying it with reluctance.” For the labor lawyer, the advantage that this system would have is to “provide predictability and certainty” for the production processes. Another of the businessmen present added: “It gives us peace of mind that there is a minister who manages the macro variables.” In addition, the UIA hopes that the lower demand for energy will “help”, and they are enthusiastic about the words of Massa, who confirmed that there will be a gas pipeline for next winter.

Another point that was discussed was the high interest rates, which are close to 100%. “We are not happy with these high rates,” said Funes de Rioja. Massa explained that they are necessary in a transition to achieve a monetary order and stabilize the macroeconomy. José de Mendiguren was also present, who commented on all the special credit programs that exist from public banks to the Ministry of Industry, which he heads. Less than an hour after the meeting ended, the Central Bank reported that it is extending the financing line for productive investment, until March 31, 2023, with subsidized rates for investment and working capital.

Two stages for the macro

It is clear both for the Economy and for the businessmen that it will not be the new system for the SIMI or a “Qatar dollar” that will solve the problems of imports, but to have reserves for the Central Bank, something that the “soy dollar” achieved. but they ratified them at the meeting that ends on September 30. Finished the “soy dollar”, Massa spoke to them of “two stages” for the macroeconomy.

A first stage that goes until the end of 2022, which will consist of a “transition” for what Massa calls “ordering the macroeconomic variables”, stabilizing and adding reserves, with the arrival of credits from bilateral organizations such as the IDB and other exchange regimes for new sectors. He ruled out an exchange jump, they commented from the UIA. The second stage will be from 2023, which could include a stabilization plan for inflation, a call for an agreement on prices and wages, without a date yet, and tend to unify exchange rates, a business source commented.

From Economy they claimed for “surcharges” that were observed from the triggering of the gap in July. Also, Massa asked them to “sustain” the level of activity. “We have to work together, but it is everyone’s responsibility. There can be no situations that stop the production of our companies or abuses of those entrepreneurs who receive benefits from the State”, she assured.

Until the first semester, industrial activity grew rapidly, approaching not the pre-pandemic, but the numbers of 2017, prior to the mega-devaluation. Another of those present at the meeting revealed that “the activity is coming very high”, but going forward the expectation is a slowdown. “We expect a soft landing, that there is no hit in supply, that a managed slowdown will come,” the source commented. Currently, supply problems resulted in “some specific case” of plant closures in August, which today translates into stoppages in some production lines of different plants.