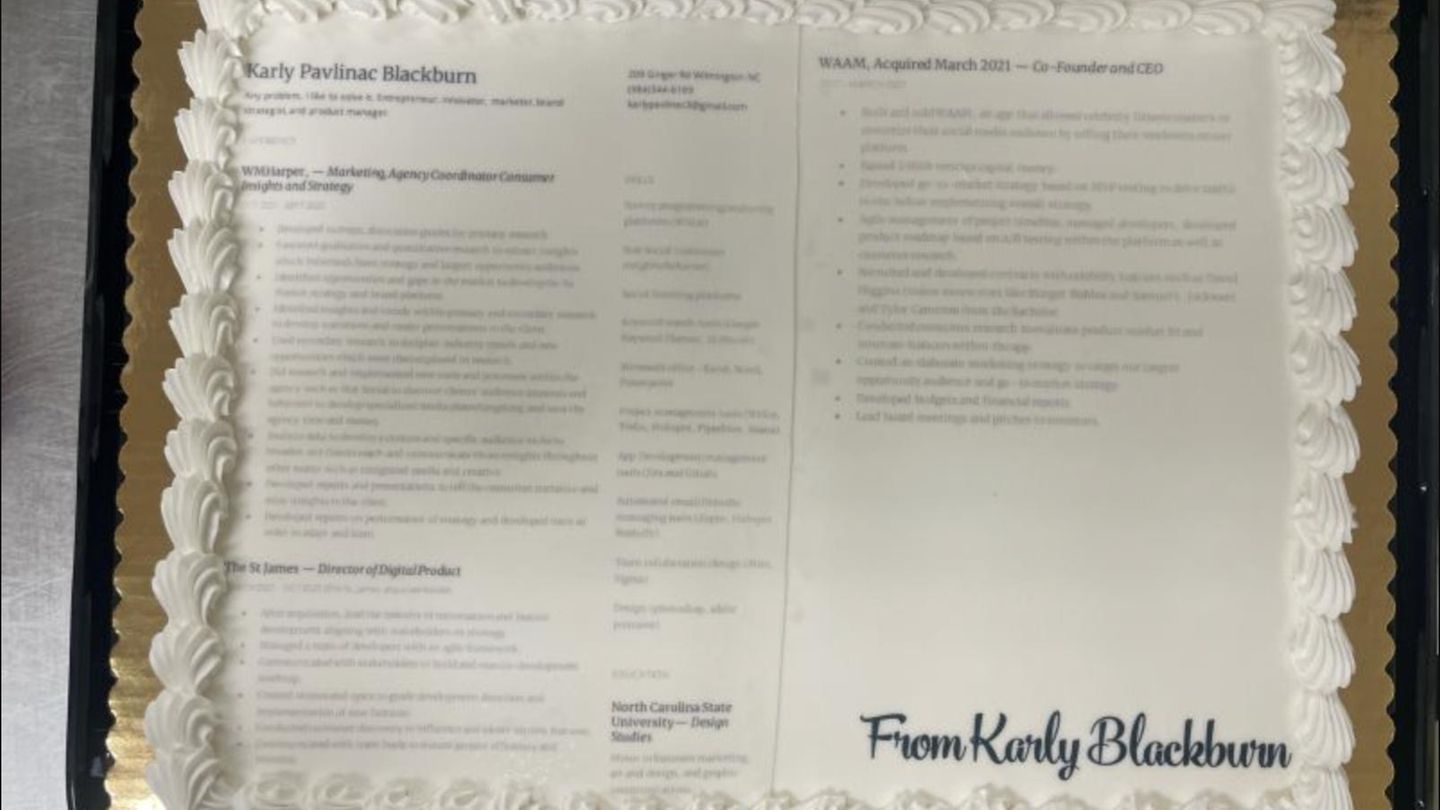 An American woman really wanted to work at Nike – and chose an unusual way of applying to draw attention to herself: she sent one

If you want to get a coveted job, you sometimes have to come up with something special in order to stand out from the multitude of applicants. Karly Pavlinac Blackburn undoubtedly did: The 27-year-old left no stone unturned when she applied for a job at sporting goods manufacturer Nike.

Instead of submitting her resume in black and white on paper as usual, she opted to send a cake to the Nike office as an application. It showed her previous professional positions and her knowledge. Blackburn came up with the idea in a conversation with one of her former colleagues, she wrote on the LinkedIn career platform: “Karly, you have to do better, this is a creative shop, you have to be creative there.”

The IT expert, who would like to orientate herself professionally in product marketing, also took this advice to heart. She chose Nike’s “Just Do It Day” to send her cake to Nike HQ for the party. But that turned out to be a bit difficult: Blackburn lives in the state of North Carolina, the company has its headquarters in Oregon. So the difficulty was getting the cake made, sending it to Oregon, and finally making sure it got to the right decision-makers—before it was eaten. “I’m on the other side of the country,” Blackburn told Good Morning America.

Rescue came in the person of Denise Baldwin. The delivery driver was supposed to take the cake to Nike headquarters. She picked up the cake from the bakery, checked its appearance, and went to the company’s campus to locate the team leader Blackburn wanted to reach out to. Baldwin was not put off and finally handed over the cake. The efforts of the two women paid off: the boss was so enthusiastic about the unusual application that he even took a photo with the cake.

Many other companies also contacted Blackburn. The best thing about the story, however, is that Denise Baldwin was inspired by her ambition and now wants to pursue her dream job, said the 27-year-old.