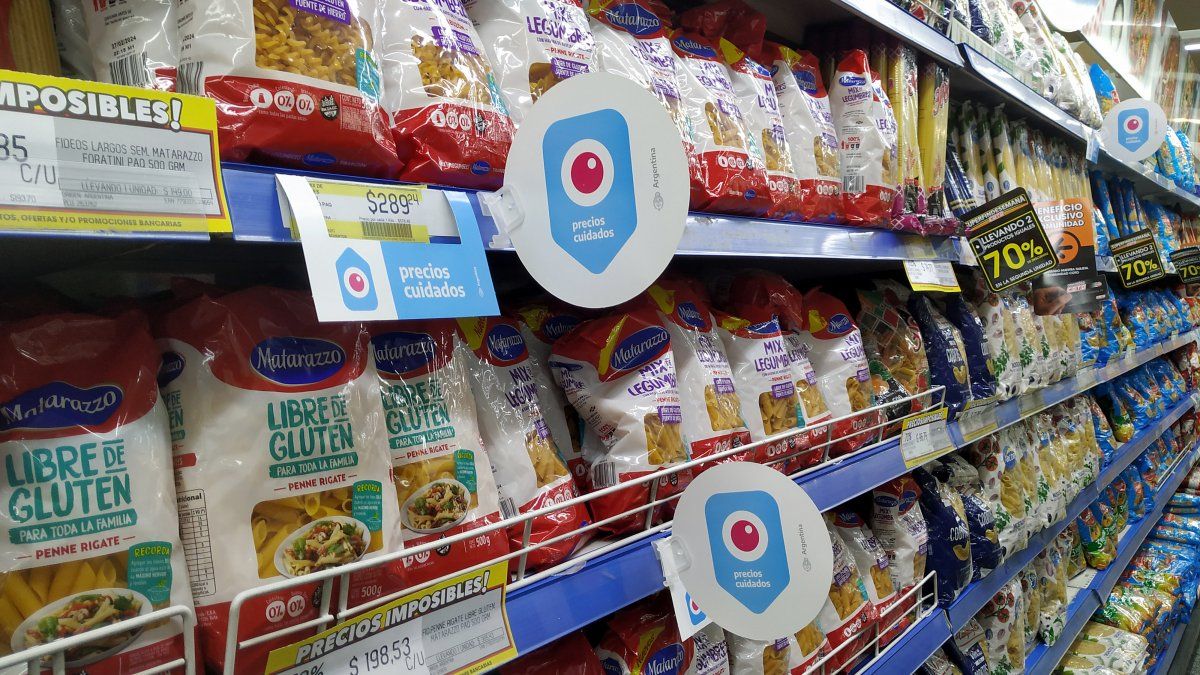 “In parallel, we are advancing with a program to try to stabilize consumer prices in a block of four months, of December, January, February and March”, indicated Massa. He reported that it will be a different plan depending on whether it is mass consumption or other goods: “It will be four months with a group that represents 86% of what we all consume without prices changing, and then with the rest of the production a variation scheme much more moderate than inflation.”

In the case of mass consumption, the Secretary of Domestic Trade, headed by Matías Tombolini, completed a first round with the main companies in the sector. Some that already participate in Care Prices anticipated that they will not join, but others could do so with some products, given the “carrot” that Economy offers: “The idea is to give them certainty in access to the foreign exchange market and tax incentives,” said Massa .

for these hours, in Commerce they define what the strategy will be, before returning to a second call. The companies await the call: on the one hand, in none of the first rounds was it defined which products would enter, or at what price, a key issue if they are going to remain unchanged for four months. On the other, to effectively know what that incentive will be like. They expect “tailor-made suits” according to the companies, given that some need to improve access to the foreign exchange market, while others are not importers.

The certainty that Massa conveyed during the radio interview and that the companies did not have the data is that finally no progress will be made with putting the price on the packaging. “It will be a more modern system than the label, the citizen will be able to have an application on the cell phone that reads the bar code and will be able to report if the supermarket, the Chinese or the store does not comply with the agreed price,” he informed.

If the 2023 budget is approved in the Senate, the fines will stop being $8 million and will go to $240 million. In a meeting this Monday between Commerce and the supermarkets grouped in ASU, this idea was transmitted to them. Having to put the price on the packaging was unfeasible for December: it took the companies 3 months to do it in 2021 for a program that had been outlined by former secretary Paula Español and had been achieved for 60 products. “It’s not bad will, it’s an industrial limitation,” said one company. Most of the companies are in the reprinting of the packaging for February, when the front labeling law begins to govern. Using a special sticker was also on the table, but was ultimately ruled out.

Meanwhile, new agreements are expected in other areas. After the clothing one, so that the prices of the brands remain unchanged until December, which has 85% compliance, this week the textile one will arrive. Commerce seeks an agreement with yarns and fabrics, which the clothing sector considers “essential” for it to come out. Last week Tombolini sent the businessmen some corrections that were already returned to him from the FITA chamber, and now the last word rests with the Secretariat. It would consist of a freeze for a period and then rise below the change in the exchange rate.

The eye on the regulated

On the other hand, Commerce is negotiating with the milling sector, oil producers and pasta makers the continuity of the private trust so that exporters can subsidize products from the mass consumption basket, given that the funds ran out in June, and some US$25 million could be disbursed by March.

Finally, the eyes will also be on regulated prices. Since the Government controls the future of electricity, gas, water and transport rates, and cannot control communication due to a precautionary measure, they analyze the future of prepaid. At the moment for the health sector there is an agreement in force with laboratories so that medicines increase below inflation, which is being fulfilled. But in prepaid, a formula was launched in the middle of the year that systematically gave double-digit increases. In the interview, Massa assured that “the increase in prepaid has no explanation” and spoke of entering into a “discussion process” more in depth about the private health system, which could include going to an insurance scheme or prices according to use.