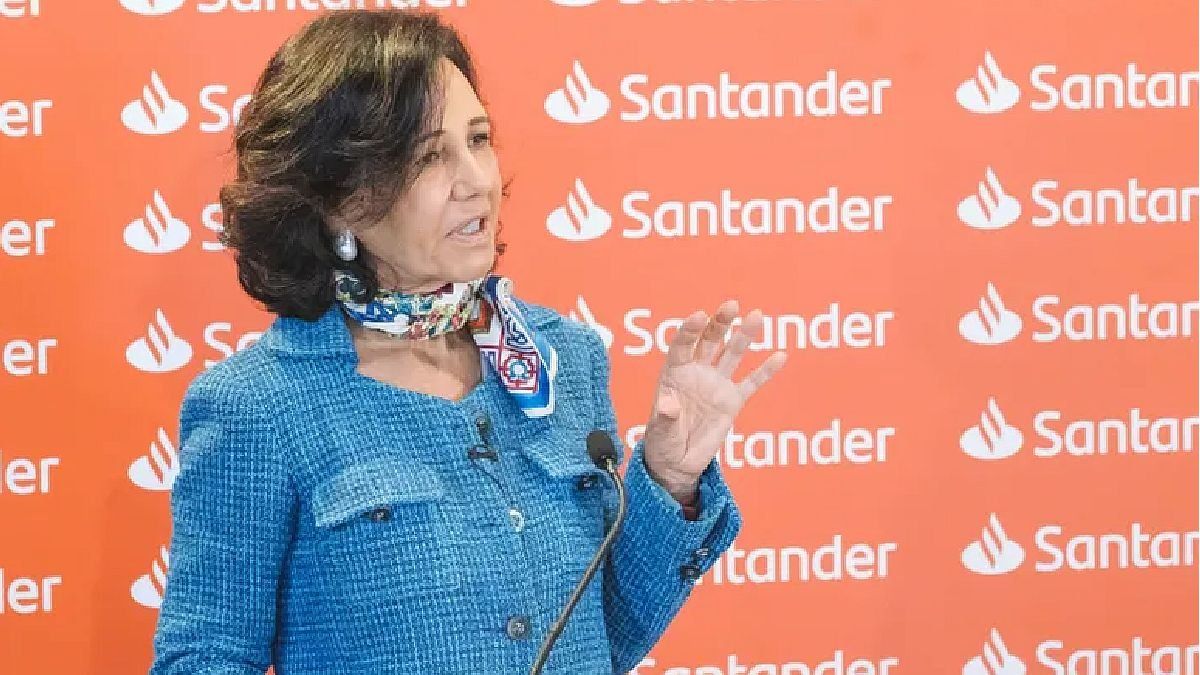 In that sense, alexander butti, CEO and Country Head of Santander Argentina, stated at the same meeting that “we see the Government as committed to the agreement with the IMF.” “The agreement with the Fund has to help us mark the path where we have to walk,” said the executive. In addition, he pointed out that the program with the IMF “does not include very harsh guidelines, but it does accommodate us on issues of inflation, reserves and growth.”

Botín stressed that the region “is prepared” to face the crisis, although he expressed himself in favor of the governments of Latin American countries remaining attached to the execution of conservative monetary and fiscal policies, in order not to generate a displacement effect or crowding out of the private sector in terms of financing and of not increasing the impact of inflation in each one of the economies.

The head of Banco Santander recalled the macro fluctuations that have shaken the region in recent decades to explain why the current volatility does not scare her. “Latin America is better prepared than is thought. There is a macroeconomic margin to face what is coming, the banking systems are much better capitalized and are much better regulated and supervised”. As an example, he added: “According to the IMF, the growth of Brazil and Mexico are above that expected in the United States, and the expected inflation for the end of next year in both countries (below 5%) is lower than the from Germany”. This good evolution of inflation is supported by the early response of Latin American central banks.

He also pointed out that “enemy number one, two and three is inflation”, and argued that “normalization is going through”, because it went from a health crisis to an economic one and now to an energy one. In this sense, he said that the monetary policies that the central banks have carried out generate “consequences” and “are not free”, and that “the price to pay is worse if it is not paid before”. He gave the example of Brazil, where the central bank has been raising rates for longer than the rest of the banks and that can be seen in the latest inflationary results.

He also diagnosed that the countries of Latin America must continue with fiscal policies that reduce inflationary problems and that, on the other hand, “it must be understood that the banking system is not the one who increases interest rates, but the central banks”, and that helps to lower or raise the supply and demand for credit.

As stated by the entity, Santander has invested more than 35,000 million euros in Latin America, especially since the 1990s, and currently has assets worth 415,000 million euros in seven countries, where it obtained 42% of its results in the first nine months of this year. “We chose Latin America to start our international expansion. So we believed in its strengths and its capacity for growth, as we continue to do today,” said Botín.

The president of Santander valued the improvements in financial inclusion in the region thanks to digitization: both debit cards (1,800 million after doubling in just over a decade) and “the most innovative methods, such as QR or on-time payments real, they are ‘flying’ in the region”, where 70% of the population has a mobile phone connected to the Internet. “The possibility of making digital payments revolutionizes retail, an activity that employs a huge percentage of Latin Americans,” she concluded.

Botín said that the priority in Latin America now is “inclusive and sustainable growth.” “It has the assets and talent necessary to navigate difficult and uncertain times and that is why we once again reaffirm our commitment to the region.” The entity in Latin America provides service to almost 90 million customers (of the 159 million that the group has in the world), mainly in Brazil, Mexico, Chile, Argentina and Uruguay.