food rose more than 100% in nearby stores

What went up more?

If we disaggregate the increases by category, fruits and vegetables continue to lead all the rankings: only in October they rose 19.72%, while they increased 158% since October 2021. The products that are usually purchased in the store in October rose 7, respectively, 55% and 103.45% while meat increased 1.21% last month and 72.89% from a year ago.

The increases in these prices – which have accelerated in recent months – have long been affecting the loss of purchasing power of wages in general, and in particular on social allowances, retirement and minimum wages. A quick comparative count with the value of the CBA (measured by INDEC) from the beginning of 2020, until last September, shows some significant data. 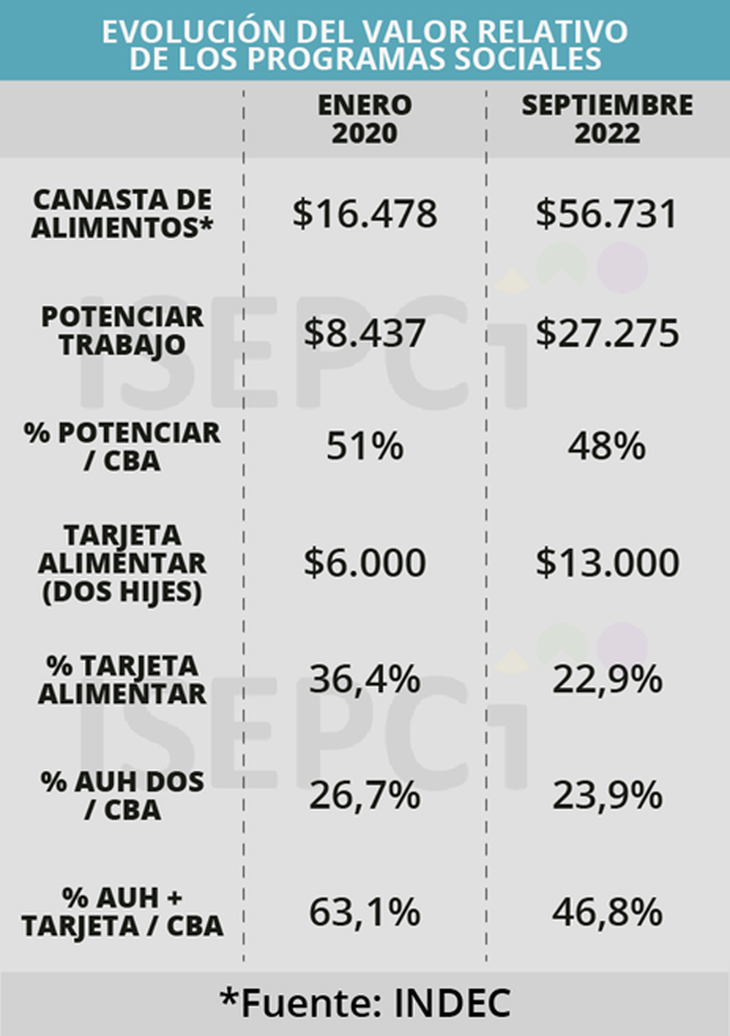 which were the best sellers