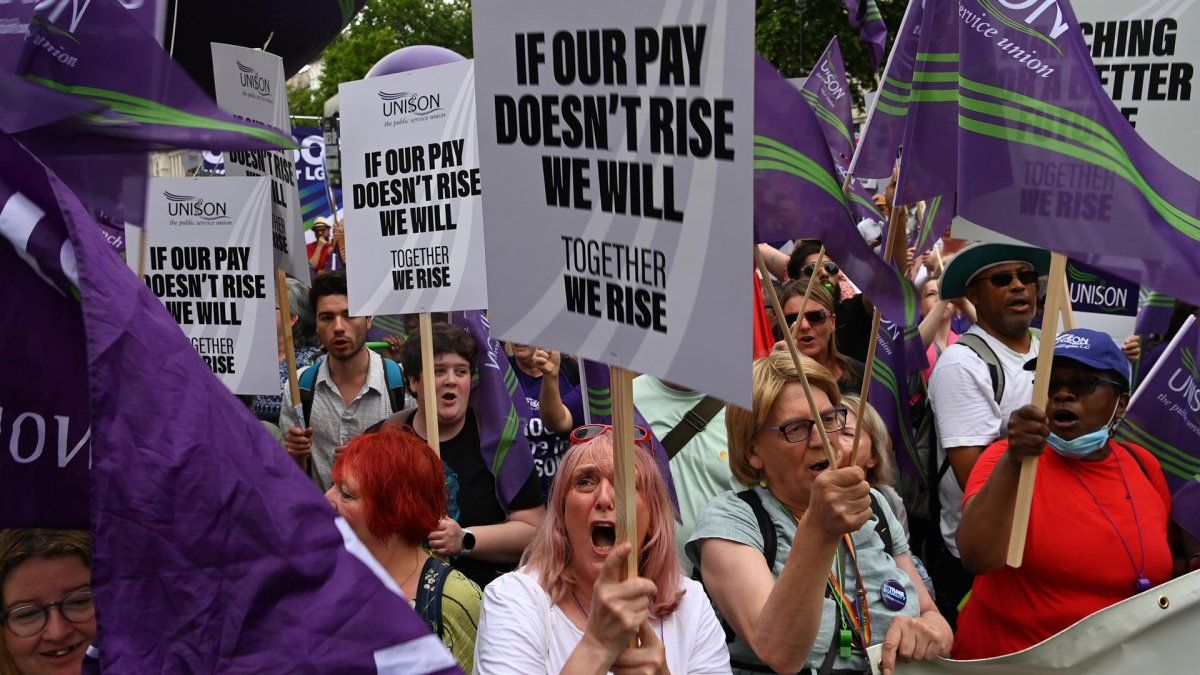 Inflation in the United Kingdom added to the institutional problems generated by the change of government led to massive marches calling for early elections and measures against the loss of purchasing power. In parallel, the Bank of England implemented the biggest rate hike in 33 years in an attempt to contain inflation.

The rise of these revenues is largely due to the increase in premiums after “the reopening of companies and the return of demand after the pandemic” underlines Andrew Pagedirector compensation specialist at PwC.

The average income of the directors of the FTSE 100, which brings together the 100 highest valuations of the London Stock Exchangewent from 3.2 million pounds to 3.9 million (4.5 million euros, +22%) in the 2021-2022 financial year, PwC specifies in a statement on Monday.

The remuneration of senior managers had regressed during the pandemicafter reductions in wages and bonuses, voluntary or under pressure from shareholders or investors.

However, since then it has risen strongly again and is in pre-pandemic levelsaccording to several studies.

“In the course of the last decade, investors have started to tighten up regarding the remuneration of directors” and FTSE 100 companies pay rarely to their CEOs beyond “three to four million pounds” annuallyHildyard says.

Nevertheless “this is equivalent to paying them more than 100 times the salary of an average British worker“, he insists. For months strikes have multiplied in the United Kingdom to demand better wages in the face of generalized inflation.

The British Government will have to present a new budget in the coming days, after the former prime minister, Liz Truss, had to resign due to the crisis unleashed by her project, which proposed tax cuts, elimination of caps on the earnings of directors of banks and increased spending, especially on energy subsidies.

The new prime minister, Rishi SunakHe said his budget will include measures to combat inflation.