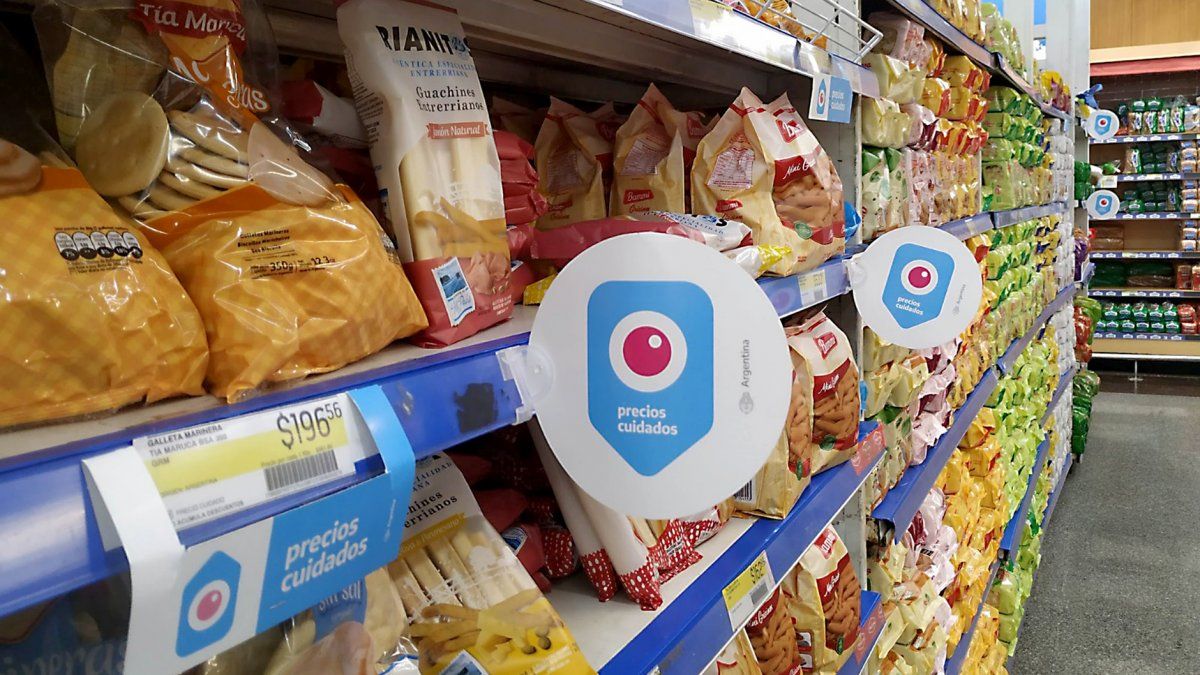 Discarded a shock stabilization plan, which would have implied a jump in the exchange rate, the Government seeks to contain the rises in a sectoral way. To the drop in public spending and increases in interest rates, he added price agreements on meat, clothing, textiles, medicines, appliances and technology. He now sets his sights on two other items above inflation.

In the last year, inflation was 83%, according to the Indec. However, in the case of food, it was 88.3%, in the GBA region. Although health was below (74.7%), it was not the case of the opening “prepaid expenses”, which increased 83.6%, also in GBA, according to the September interannual.

Fair Prices will be Massa’s agreement for prices of mass consumer goods, from food/beverages to cleaning and personal hygiene. It will be an expanded version of Care Prices, and in fact this program will be absorbed. You will have a basket of between 1,200 and 1,500 products that will have their fixed prices for 120 days. Although Economy had assured that the term would be between December and March, the truth is that the signing of the agreement could be brought forward, and therefore start to govern in November.

The products will be the 450 that were already in Cared Prices, and others will be added that are finished being defined by these hours. The large mass consumption companies will be there, but supermarkets were also asked to add their own brands.

The great doubt that food companies and supermarkets anticipate is the supply of Fair Prices. The more than 1,200 products, before entering the agreement, they will be able to have an increase of up to 4%, which is what was agreed as a limit on uploads for the listings that remain outside the agreements. But then it will have to be quiet for a period in which more than 20% inflation is expected. They anticipate that consumption will migrate from local stores to large surfaces, where controls govern. Meanwhile, in the neighborhood stores, where agreements do not reach, inflation has already exceeded three digits: 101.4%, according to the Social Research Institute (Icepsi), which surveys in the suburbs. Therefore, they also accelerate the launch of an application, to provide price information to consumers.

The great “carrot” that Commerce is offering, led by Matías Tombolini, is the most oiled access to official dollars to import. In one of the most important food companies in the country, they have already stopped a production line due to the lack of an input. Last Thursday there was a meeting in Commerce, requested by the head of Copal, Daniel Funes de Rioja, where prices were not discussed, but exclusively about the “concern” about imports.

Another incentive for companies to enter is access to differential export dollars, such as the soybean dollar, in the case of regional economies, for one month. As Ámbito was able to find out, the negotiation there does not take into account the producers, but rather the large companies that are integrated into the process and sell to the domestic market. Therefore, from a business chamber they anticipated that the agreements could be achieved with canned fruits and vegetables, yerba mate, rice, juicers and milk.

Finally, for some products, they will advance with intra-private sector subsidies. This is the case of noodles and flour, where the private trust will be relaunched, with US$25 million to be injected by exporting companies to subsidize those that sell to the domestic market.

Meanwhile, a new resolution will be published in the coming days that changes the way in which prepaid cards will be updated. The Health Cost Index, which took months to agree on between the Ministry of Health and the medical companies, was launched in June, but in less than half a year of use it will be withdrawn.

After the message on Twitter from Vice President Cristina Kirchner, in which she assured that the increase granted in December (of 13.9%) was “frankly unacceptable”, progress was made in doubling the increase and that it be a part in December (6, 9%) and another equal in January.

The public message, first from Cristina and then from Massa, led to a new formula being discussed, where in addition to Health and the companies, the Ministry of Economy and even the Chief of Staff interceded. Although from Health they assure that “the fine print” of how the formula will look like is being negotiated, private sector companies indicate that it will consist of two different formulas, which will vary according to the family’s income, or according to whether it is contracted directly , or contributions are derived.

In the Government they assure that it is sought to be “the most convenient for the pocket”, but the prepaid already reject it for assuring that it will increase below inflation, without any technical criteria that takes into account the costs.